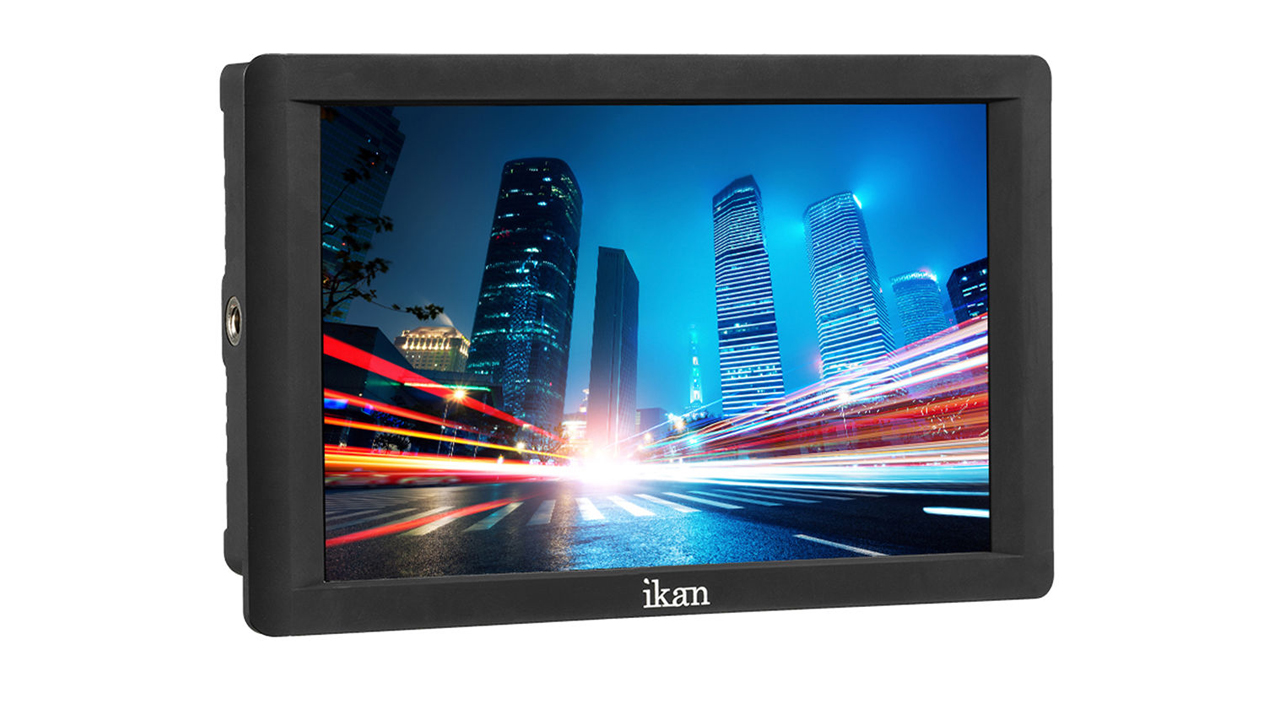 So yeah, it looks like this product was announced some time ago, but it received little press; it wasn’t until a random Instagram post recently that I first heard of it.

The Ikan DH7 is super slim and lightweight, the battery solution will exceed both aspects in most cases.

While the DH7 features a 1920X1200 IPS panel, it will receive a 4K signal and pass it on via the HDMI out. This is a nice feature, as many current monitoring devices will downscale a 4K signal, meaning any output will be 1080p and thus making it hard to implement a full 4K workflow.

The Ikan DH7 also utilizes a 4K signal to enhance features such as peaking and 1:1 pixel mapping for focus.

While in the subject of features, here’s a list of focus and exposure support from the Ikan DH7:

From an ergonomics point of view, this is one of the thinnest and lightest 7″ monitors out there, at around half the weight of a SmallHD 702. You get threads on both sides and top/bottom for flexible mounting; the hood takes advantage of three of them when used also.

Across the top you get a handful of function buttons, on/off switch and a menu wheel for toggling settings.

Across the bottom you get your HDMI in/out, DC in for constant power, USB port for firmware updates and a headphone output for audio monitoring. 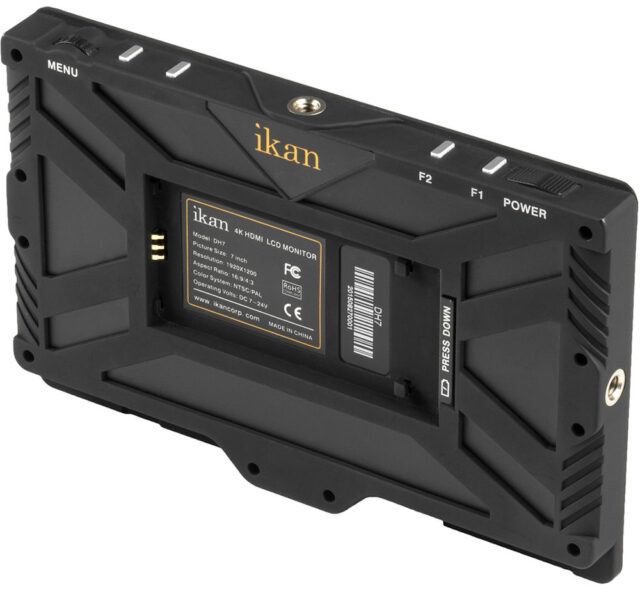 It’ll receive all usual PAL/NTSC frame rates in interlaced, progressive and psf signals, as well as the aforementioned 4K (3840X2160) resolution and a few sub HD resolutions too.

In terms of power, the Ikan DH7 ships with a Sony L-series plate as well as Canon LP-E6. Further mounts allow compatibility with additional batteries from Sony, Canon Nikon and Panasonic.

By specification, this will make a good partner to the new 4K Sony Alpha Cameras (A7RII or A7SII), the fact that it’s HDMI only and price range reflects this. For more info click on the link below.