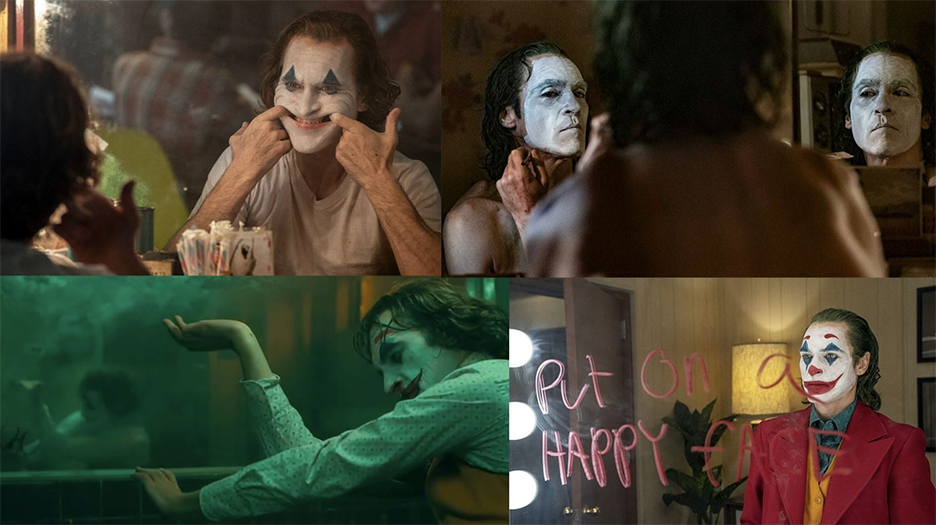 At this year’s Academy Awards, Todd Phillips’s Joker took home Oscars for Best Actor for Joaquin Phoenix and Best Original Score for Hildur Guðnadóttir. It received the most nominations (11) ever for a comic-based movie.

Shot by often collaborator, cinematographer Lawrence Sher (Hangover, Garden State). Hurlbut Academy has released an analysis video talking about the look and cinematography of Joker. This is the first in their series of “the Look of” videos on recent films.

If you haven’t seen it, Joker is available online and nominated for 11 Academy Awards, including Best Picture and Best Director (won for Best Actor and Score). It dominated Oscar season, also picking up Best Actor trophies from the Golden Globes, the Screen Actors Guild Awards, the Critic’s Choice Awards, and the BAFTAs. Originally controversial, it went on to set records for the highest-grossing R film of all time.

The story tells of failed comedian Arthur Fleck who wears 2 masks: a physical one (paint) and an emotional one connected with audiences as he slowly transforms into the Joker. The film is set in fictional grimy and crime-ridden Gotham City but used 1970-80’s New York City as a visual and tonal reference. 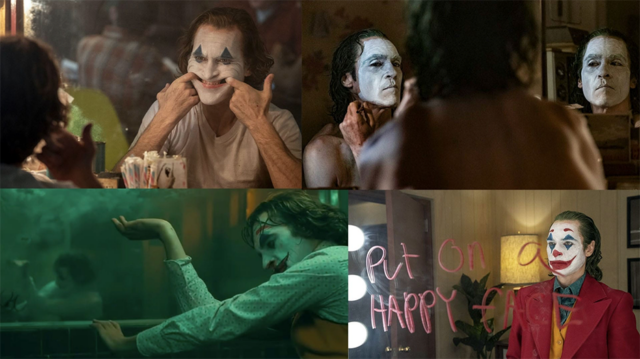 The look and vibe of Joker were based on the filmmaker’s memories of the 70-80’s NYC. Taxi Driver, the King of Comedy, Serpico, and One Flew Over the Cuckoo’s Nest were influential and director Todd Philips called them a “time period of movies”. Director of Photography Lawrence Sher says the “memory of the movie is what I was looking for…not necessarily the look of the movie itself”. Joker comics were also referenced while location scouting, to get a feel for the portrayal of the Joker and Gotham City outside the world of films. (In case you missed it, we recently reported about Lawrence Sher’s collaborative online library of movie images, Shotdeck.)

Locations in the NYC area were favored over sets to get away from the glossy superhero feel. Initially wanting to shoot on large format film (65mm) for its shallow depth of field, they eventually decided on the Alexa. It allowed them more takes and was a good fit for Joaquin Phoenix’s improvisational acting. Through extensive testing, they created a LUT to recreate the Kodak 5293 film look. 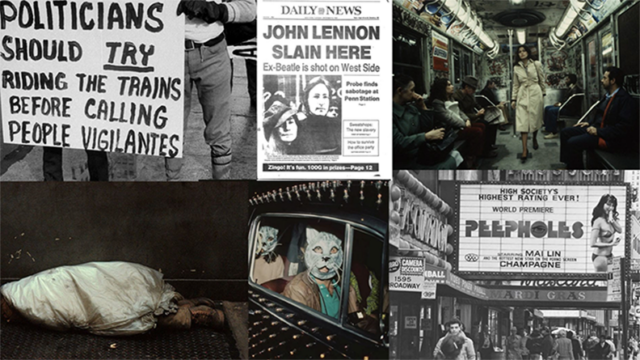 They used three different cameras (ALEXA 65, ALEXA LF, ALEXA Mini LF) and rehoused vintage optics to stay close to an analog look. They wanted to use lenses that felt like 70-80’s NYC with vignetting and anamorphic style lens flare. A goal was to use the camera to connect the Joker to the audience, so the framing changes through the film to mimic Arthur’s changes. Long and static shots are slowly replaced with handheld wide-angle shots. Camera movement starts slow and tedious and becomes energetic, and Arthur becomes the Joker. DP Lawrence Sher describes it as “A Frankenstein set of lenses” that felt like the lenses of that era. 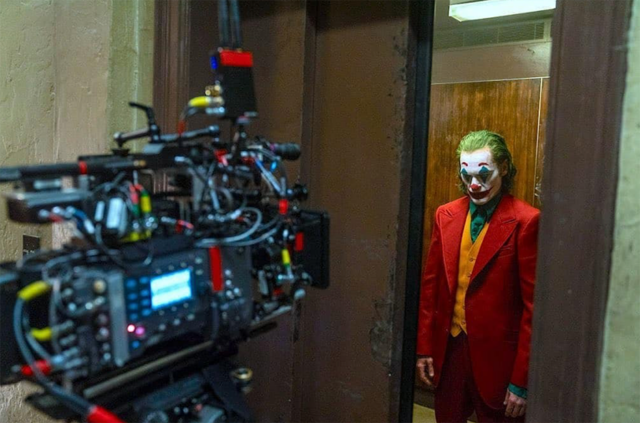 Visually, the film becomes darker as Arthur changes, and mirrors illustrate his two different selves. The mirror starts as a sad reflection but eventually, the mirror becomes the disturbed yet empowered Joker. Mercury vapor lights influence the orange-green palette to give a gritty aesthetic to the look that reflects the turmoil fo our modern society. The editing and sound (music, sound design) reinforce the dark and gritty vibe that the story and visuals establish. 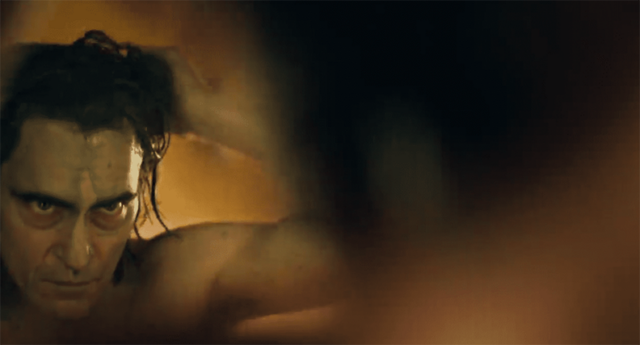 What do you think of this BTS/look at the cinematography of Joker?

Did you already see the film? Do you want us to make more behind-the-scenes articles like that? Let us know in the comments below!

Clay is a filmmaker based in Asheville, NC. He is also an Adobe and Blackmagic Design Instructor.