Recently, a challenging Kyno workflow post-production use-case was presented at the Photo+Adventure trade fair in Vienna, Austria. cinema5D organized and produced a series of talks and panel discussions at the Photo+Adventure in late 2019. Robert Krüger (Managing Director, Kyno) and DoP Wolfram Zöttl, AAC, held a panel talk there, to introduce news and the current state of developments at Kyno while including their problem solutions and workflow details and exhibiting them to a broader audience. 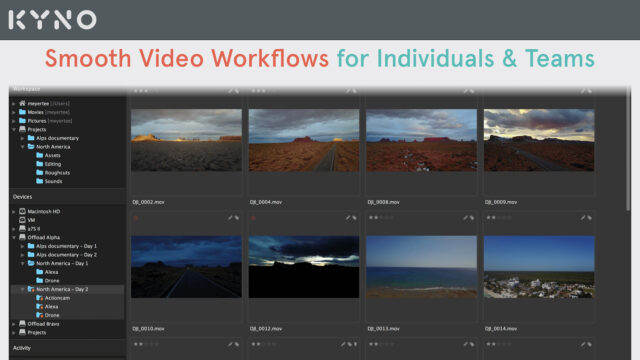 The focus and foundation of the stage presentation rest on a use-case explained and depicted by the presenters. Nino Leitner joined them on stage to start and wrap up their performance. If you haven’t been to Photo+Adventure 2019, this is a great chance to dive into the topic.

Kyno is kind enough to offer a permanent 10% discount on all their products (Kyno Standard / Premium Edition as well as updates) – just use the discount code C5DKNYO at check-out on their site.

This content was originally streamed live from the Photo+Adventure Film+Video Stage. We are re-publishing and highlighting some of the best content from the stage.

Recap: What Kyno is for?

Kyno is a software created to solve all the distinct problems form capturing with a camera – or several cameras of course since cameras have gotten pretty cheap nowadays – to the final edit.

The platform solution helps to reduce time-consuming and repetitive tasks from shooting onwards through the whole value chain. It also supports to transfer the footage from all the sources through ingesting, of course including secure copy processes with checksum calculations, etc. The software furthermore covers a wide variety of options in media management, uses advanced meta-data support (including your own created set of meta-data) for sorting, arranging and filtering your assets. Kyno finally also allows international cooperation across multiple platforms (Mac/PC). It thereby integrates the interests of several key team members such as producers, transcribers, the director of photography and of course editors and visual effects staff – among others. All-in-all Robert Krüger describes it as “a Swiss army knife for these workflow steps.”

Instead of reiterating all the technical details about the present version and functionality of Kyno, here is an overview of the use-case, that DoP Wolfram Zöttl solved with the Kyno workflow.

Zöttl has recently worked on and created a personal portrait series with more than 35.000 assets. His editor especially and also other members of the film production team needed to work from multiple different locations far away and around the world. Thus their production crew needed to take especially good care of media management since it became one of the most critical issues of the whole project. Since more than 100 interviews were recorded and the work of transcribers was frequently necessary, the entire project was too complex to rely just on Mac or PC. Both platforms were needed so that everyone was able to join the project fast, comprehensively and conveniently. 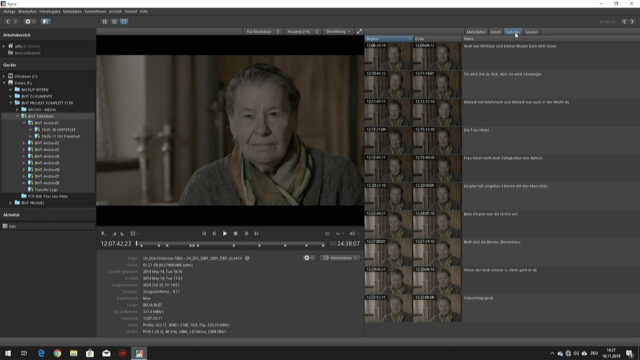 There have been multiple previous posts here on cinema5D.com about Kyno already. These have covered all the significant steps, new product releases, and innovations.

And here the current update:

What do you think about the presented use case? Would Kyno fit any or several of your current or upcoming productions? Would you try out this post-production workflow software?