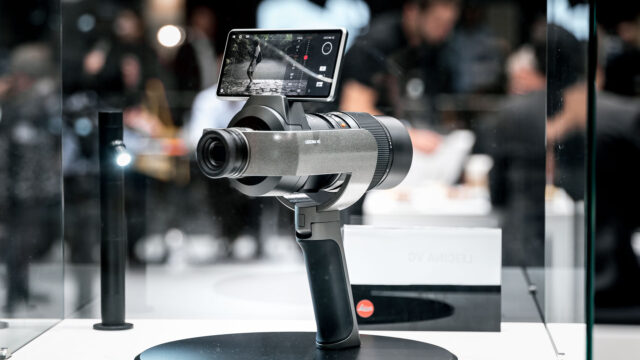 At Photokina 2016, Leica presented an intriguing cinema camera concept – The Leica Leicina VC. With a vague definition by intent, the purpose of this design is merely to open up a look into the future of Leica cinema cameras. 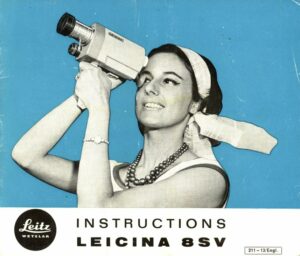 The Leica Leicina VC concept borrows its design and name from their old 8mm Leicina camera dating back to the age of compact analogue filmmaking.

Even though the device is called a “Viewfinder Concept”, during my talk with Tommaso from CW Sonderoptic (see video above) I realized that this is more than a viewfinder, or even a director’s viewfinder for that matter.

The purpose of this design concept is first and foremost to hear what people imagine as the future of Leica cinema cameras and cinematic tools; a study that should spark ideas and the imagination. 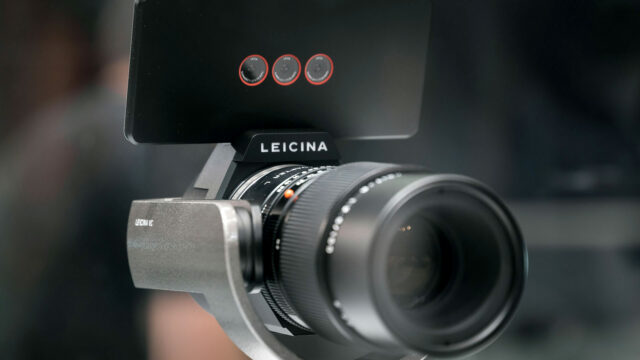 The Future of Leica Cinema Cameras?

The Leica Leicina VC could potentially kick off an interesting debate, but I still wish Leica had been more specific in terms of what they had in mind with this tool. We can clearly see a trend that professional cinematic tools are getting smaller and smaller. The Arri ALEXA Mini comes to mind, but the popularity and relevancy of devices like GoPro’s and DJI Oslo’s, or even 4K mirrorless cameras are a testament to the same movement.

It is no question that Leica has jumped on the train to create tools for filmmakers. Just yesterday we talked about the future of medium format video cameras. Check out my article if you haven’t read that already. So far Leica offers video features in both the Leica SL and Leica S, and with a presentation like the Leicina VC it is probably safe to say that we will see more Leica cinema cameras in the not too distant future, and I for one hope to see some advancement in this area at the next Photokina 2 years from now. Exciting times for cinema camera enthusiasts!

What do you think about Leica’s Leicina VC concept? Where will they take this and how would you imagine the future of Leica cinema cameras?