Chinese manufacturer Gudsen has gained a very positive reputation amongst shooters of all ranks with their MOZA line of consumer- and professional stabiliser systems.
At CES 2019 in Las Vegas they have revealed their newest addition to their lineup: the MOZA Mini-S – a compact handheld 3-axis smartphone gimbal. 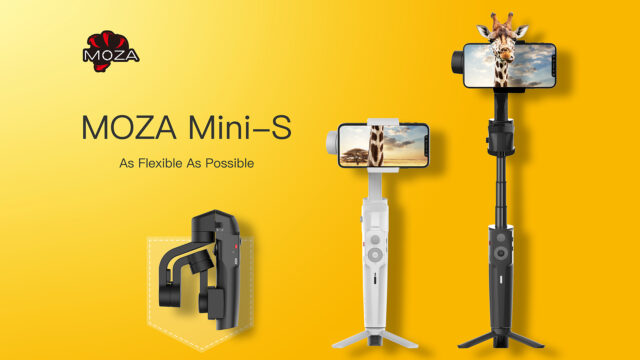 Clearly Gudsen brought their know-how to bear and created an extremely foldable smartphone gimbal, which is supposed to make transportation easier.
Gudsen also claim to have improved the design over previous gimbals to allow for quicker and easier balancing and setup to give the user more time to be creative.

The handle is slightly slanted forward, which – according to the manufacturer – results in an ergonomically better hand position while operating the gimbal and thus reduces the danger of the hand slipping.

Additional features like short-cut buttons and quick replay, are supposed to simplify the operation while useful functions such as vertical photography and camera control allow you to diversify your mobile filming style and adapt to different scenarios. 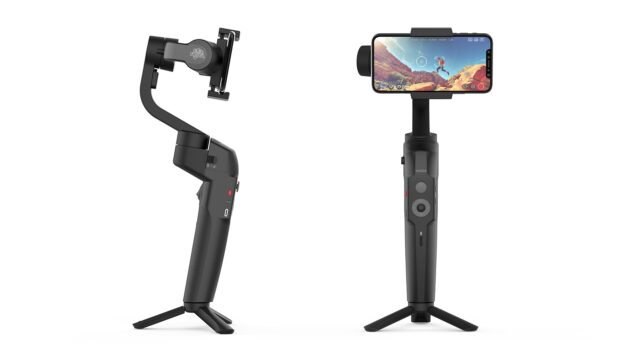 The MOZA Mini-S features a built-in telescoping pole that extended to a total length of up to 18 inches.
It basically turns the gimbal into a fully stabilised selfie-stick.
This is very useful, when shooting yourself with the front-facing camera.
It also might be a nice feature to get the smartphone to the perfect vantage point using the better quality rear-camera: up high, through fences or windows or over cliffs — but it might be hard to be able to see the phone’s screen in situations like that. 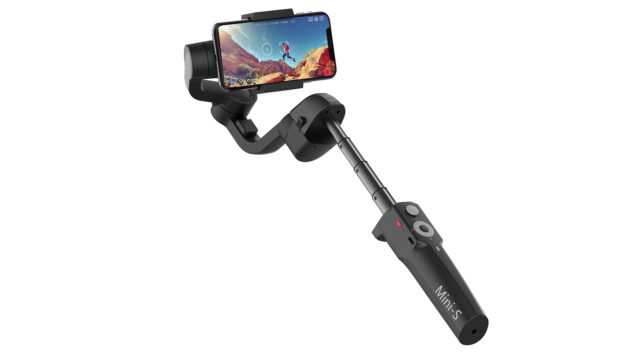 Apart from enabling the user to capture cinematic and smooth footage the MOZA Mini-S also features various shooting modes: hyper-lapse mode, slow-motion mode, inception mode, sport gear mode and vertigo mode.
Inception-mode clearly caught my eye, but I suspect its feature that lets the smartphone rotate around the Z-Axis continuously.
Vertigo mode sounds like the MOZA Mini-S in combination with its software can pull off something known as a »contra-zoom« – zooming out while moving the camera towards a subject — or vice versa.
This has been famously used in Alfred Hitchcocks film »Vertigo« (1958) – thus the name!

The gimbal works with the MOZA Genie App, which is used to configure, control and update the gimbal. It also acts as a camera-app and is available both for iOS and Android. 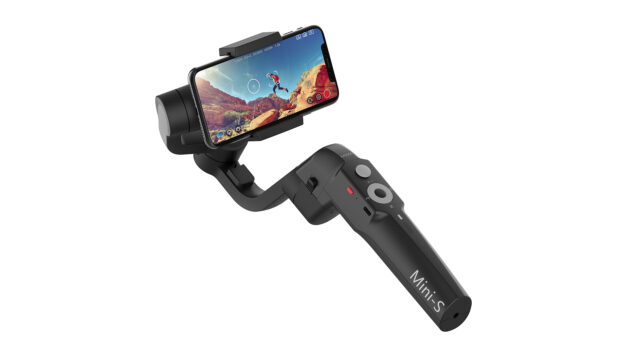 It remains to be seen what codec options and professional features will be available in Gudsens own MOZA Genie app and if “pro” video apps like FilmicPro or Mavis will support the gimbal — something that would make the device more interesting for professional use. 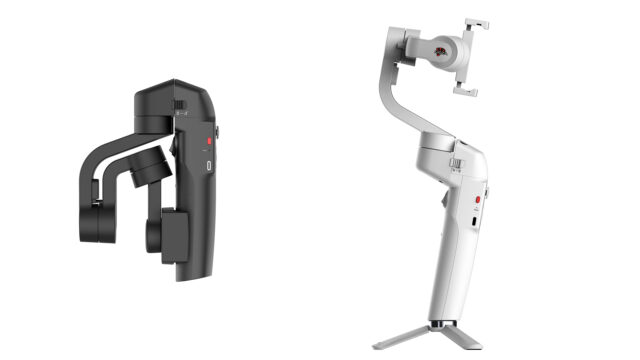 The MOZA Mini-S is available in two colours: Black and White.

The MOZA Mini-S is clearly aimed at the consumer market and its built-in selfie stick looks like it could be a lot of fun.
That being said — combined with a capable smartphone the MOZA Mini-S could very well be a useful tool to have especially if the software allows for decent bitrate codecs.

Let us know your opinion in the comments. Are you currently using smartphone gimbals in your professional work? Do you consider using such a device in the future?