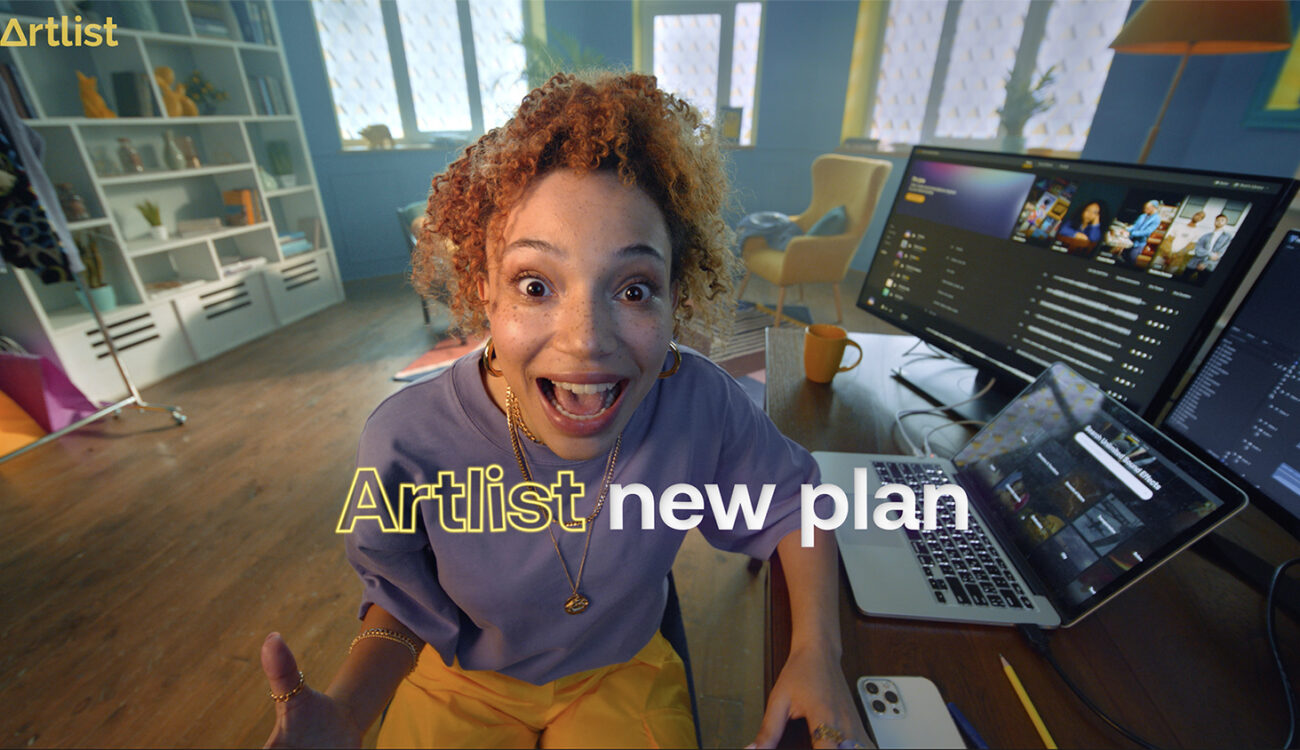 Sound and music have always been the pivot upon which creatives balance the success of their work. A movie with bad sound and music but great camera work will falter. However, a film with bad camera work but great sound and music will most often succeed. In today’s creative landscape, several companies offer music and sound effects libraries at varying prices to help filmmakers. One such company is Artlist and they are further opening the door of their libraries to support creatives. As Artlist expands access for social media creators with a new personal subscription plan, influencers and YouTubers alike will be able to elevate their work. Let’s take a closer look at it!

What is Artlist? What began as a library of music for narrative and commercial work, has expanded into a collection of SFX, stock footage, and music. For a monthly (or annual) subscription, creatives have access to an extensive catalog of high-quality music. Some of this music is also widely available via music streaming services.

The Artlist catalog can also be extended with SFX and stock footage through Artgrid. Access to such a tool expands the abilities of filmmakers on a budget, or those running a one-person operation. With the release of Artlist’s new Personal Plan, the company has set its sights on the growing influencer, YouTube, and social media market.

The Artlist Personal subscription plan combines their music and SFX catalog into one bundle. Do you have a YouTube channel? Or perhaps a Facebook, Instagram, Twitter, or Twitch that you use in creative ways? Do you have a podcast? Artlist is a good tool to elevate your content and avoid copyright issues with music. Users will be able to link one channel from each of the above social media platforms to their accounts. Any content published will be cleared from copyright and is allowed to be monetized.

There are no follower requirements for YouTube channels and no multi-year contractual obligations. The Personal Plan will cover everything from live-action and animated videos, to presentations and podcasts. Literally, any projects a user posts on their social media channels will be covered under the license. Here’s a breakdown from Artlist on what’s new:

Much like the Unlimited plan, all of the licenses last forever for all published projects during the subscription period. If you end up canceling, everything you have published thus far is still covered. Though, you can’t use those songs on new projects. The Unlimited plan expands on this and allows you to keep your perpetual license even after the subscription is canceled. All of that music is also usable for client work, paid and promoted videos, and broadcast. Check out Artlist’s license page for more info.

By the way, if you want to get 2 months free on a yearly plan, you can do so by going through our link!

Making a web series with Artlist

It’s hard to make a judgment on a music library without seeing it in action. So I’d like to share my experience using Artlist on a web series I co-wrote and directed. “Stupid Cupid” is a web series about four best friends who attempt to save modern love by building a dating app, even though they’re the worst people for the job.

The show was shot for a budget of $24,000 in New York and partially funded by The New York Foundation for The Arts and MOME. In order to stretch the budget to cover multiple locations and 42 pages of scenes, I had to wear more than one hat. From directing and editing to color and scoring, I needed all the help I could get.

That is where Artlist came to the rescue. 90% of the sound effect and music for all seven episodes came from the Artlist library. Not only did we save money, but the high-quality music and SFX also added invaluable production value that our small team couldn’t produce. Several beats within the story only worked because we found the right music for that moment. All for $200. A fraction of what a composer would have cost.

Since completing our show, we have streamed online, at the Dances With Films Film Festival, and are currently being broadcast on TV via the NYC Media channel. With the Artlist license, all of our music has been covered.

But since seeing and hearing is so much better than reading, check out Episode 1 of Stupid Cupid above. Click on our channel to see the rest of the show and see how we implemented Artlist to not only score the show but to create the foley and SFX that we needed.

In my opinion, yes. But only if your creative work is in need of music or SFX. The Artlist library is a great budget-friendly option with wonderful music options. While it was a great tool for narrative, commercial, and documentary work, the Artlist library is now expanded to fill this need for social media influencers and creatives.

There are other music libraries that offer strong competition and it’ll be up to each individual user to see what fits their needs. But for me, Artlist is a great tool I will also rely on in the future.

What do you think of this new offering from Artlist? Have you wanted to use Artlis but couldn’t afford the price? Is this something you’ll be using in your content? Let us know in the comments!