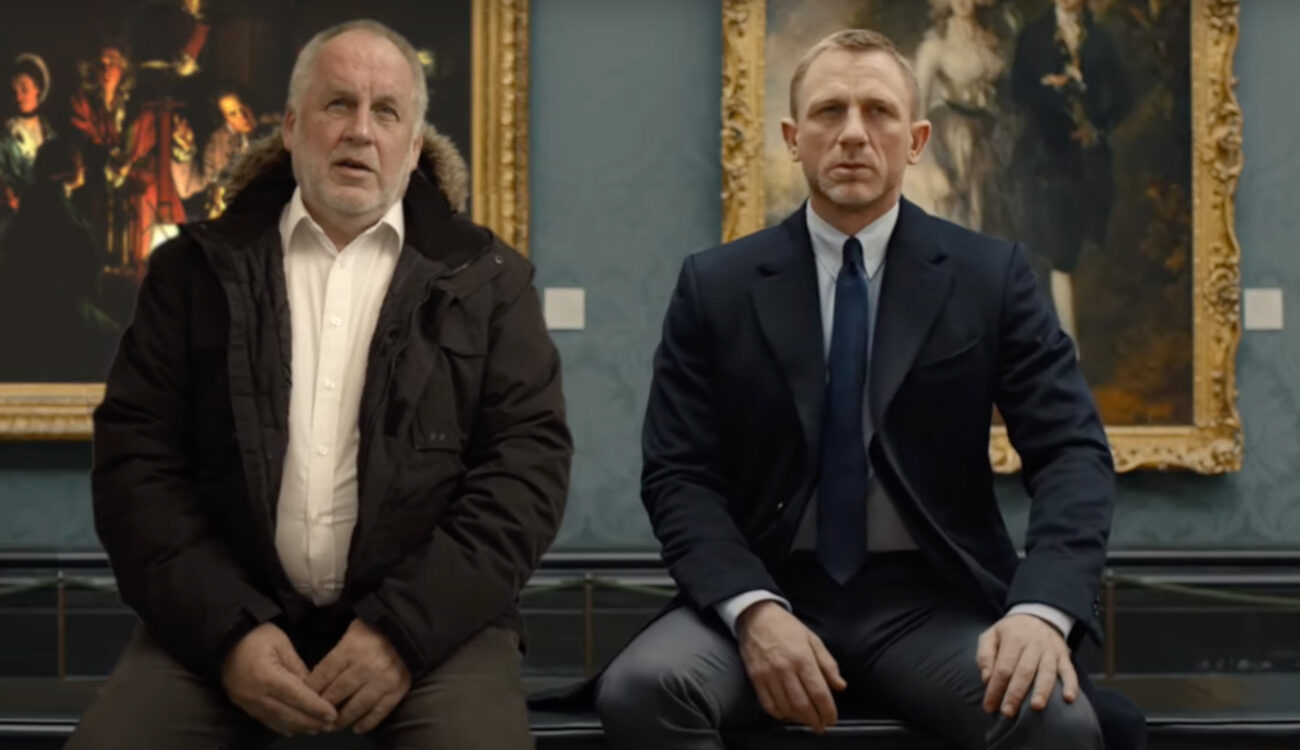 by Olaf von Voss11 days ago

This is a hilarious one. But as you know, every funny story has a bit of truth to it, so maybe it’s worth more than just a quick laugh. The subject of this short article is a video from extrashot, a YouTube channel run by Paul Ream. It uses the famous James Bond promo video for the 2012 film “Skyfall,” in which a new quartermaster, still named Q of course, is being introduced to the audience and to 007 himself. But Paul’s version is not about saving the world from evil, but from 8K and beyond!

Paul apparently had some time on his hands, “thanks” to the ongoing lockdown. A 2017 MacBook Pro, FCP X, Photoshop, Pixel Film Studios – Auto Tracker 2.2 and some green cloth was all he needed to create this meshup. Very well done indeed!

And the best part is that not only does the visual matching work pretty well (if you don’t pixelpeep too much), but the content seamlessly tells a story about 4K vs. 8K and whether it’s worth it.

First, let’s roll the video, then we discuss it a little bit:

So the question that arises is this: Do we need 8K, 16K, 32K, …? I would side with Paul here, I don’t think 8K is really worth it for regular content like documentaries, narrative pieces or feature films. Many critically acclaimed feature films shot digitally were captured with an ARRI ALEXA camera, which uses a 3424 x 2202 s35-format ARRI ALEV III CMOS sensor. This sensor was developed for the first ALEXA in 2010 and remains the benchmark for digitally shot footage with s35 sensors. Do these 3.4K movies look muddy or pixelated? No, they don’t.

4K resolutions certainly have their place these days, yes. For home theater, a decent 4K screen will most likely look better than a FullHD screen. But 8K and beyond? I really don’t know about that. At least not for watching a good movie. To spot a difference between 4K and 8K, you’d have to get really close to the screen.

Resolution all the way

Another common argument is the ability to reframe any shot in post production. But why would you want to do that? To really make use of this “feature”, you would have to frame your shots in strange ways to allow for reframing later. Do you really want that? Not me, I prefer to frame a shot in camera and be happy with it (or not, but hey, where’s the adventure here?). And who has an 8K screen anyway? 4K hasn’t even fully arrived yet. And, to give a bit of perspective, 1080p was first broadcast in 1998, that’s 23 years ago and FullHD is still a thing.

I don’t want to push too hard on 8K here, the future will tell if it has its place (and it certainly will for certain applications). For now, let me close with this thought: I would love to see camera manufacturers focus on perfecting 4K capture rather than jumping on the 8K and beyond bandwagon just because they can.

They can and probably should be researching new tech behind the scenes, but I’d rather see more cameras like the Sony a7S III (Review | Lab Test) than another 8K monster with otherwise limited features. 007, save us!

What do you think? Is 8K and beyond worth it (right now)? Or is 4K more than sufficient for most (non-scientific) workflows? Share your thoughts int he comments below!