The Panasonic FT7 (announcement here) (in the US it’s called LUMIX TS7) is the latest member in Panasonic’s arsenal of photo cameras that can shoot video. With a super rugged body, 4K video capability, 4.6x optical zoom lens and optical stabilization system, EVF and rear LCD screen, there was a lot to look forward to. Despite its small sensor size, Gunther Machu, our cinema5D action-cam specialist, took it for a spin and here is his report. (The video above was taken with a Panasonic FT7 Pre-Production model).

When Johnnie approached and asked me to review the Panasonic LUMIX FT7, I had sort of a flashback. It reminded me of the fact that I owned a Panasonic LUMIX TZ5, which was the first HD capable video camera I ever had. This was 10 years ago (if you are curious have a look at the little piece I shot with it in 2009, please click here).

Back at that time, it was revolutionary to pack a 10x optical zoom lens, HD video and a decent rear screen into a very tiny package. Fast forward to present time and we have the Panasonic LUMIX FT7 on our desk, which can record 20MP photos and video in different resolutions and frame rates (up to 4K 30 frames per second), but the real deal here is its durability. By introducing such a robust camera, Panasonic is aiming to capture the attention of users who are looking for a tool to shoot under harsh environment conditions as the LUMIX FT7 is prepared for it all: Water, cold, dust, pressure & shock. You can use it 31m /102 ft underwater, no problem. You can drop it from up to 2m / 6.6ft. It’s dust-proof for all kinds of outdoor applications without having to worry about it. It can withstand freezing temperatures as low as -10°C / 14°F. Plus, you can put up to 100kg / 220lbs on top of it without cracking the camera. Stuff it deep down your bag and load all kinds of gear onto it, no problem. Those specs looked interesting enough for me to take it for a spin over the weekend and I’m happy to share my finding with the community.

The camera feels very solid. Build quality is really good and the knobs are responsive. On the image side, the photos are OK (I had expected more from a 20MP sensor, no RAW setting available) but as this review is all about video, let’s concentrate on the 4k video coming out of it. In general the “out of the box” picture quality is fine and the colors are nice!  What is disappointing however is the crop the camera performs when recording 4k images. The 28mm full frame equivalent focal length becomes an effective 40mm lens at the widest setting.

Also, the optical image stabilization does not work very well at all focal lengths of the zoom lens. Handheld static shots are possible, but if you start moving the camera an unnatural motion can be the result, also rolling shutter is quite pronounced.

Furthermore, there is no filter thread on the front lens (Or lens outer ring to be precise), hence you have no means to mount an ND filter on the camera in order to reduce the shutter speed and create motion blur for more fluid images. 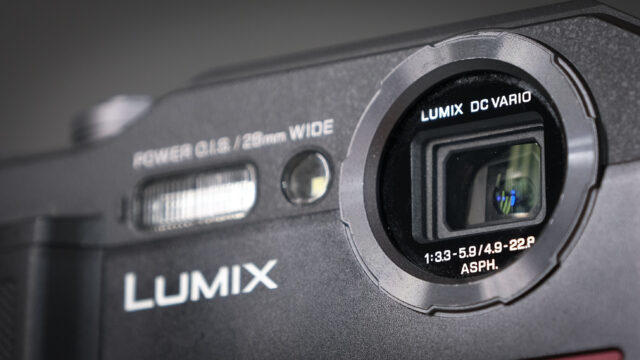 It is an outdoor camera hence I took it along on a ride with my mountain bike. Compared to a GoPro Hero6 it feels heavy and massive (I’m writing this for fact as this is not necessarily a bad thing). On the other hand, whereas the GoPro Hero6 quite magically creates a fluid image with its digital IS, aided by the ultra wide lens, the Panasonic FT7  optical image stabiliser fails to deliver on a bumpy ride.

On top, other than the 5.5mm tripod mount at the bottom, no other mounting options exists for the LUMIX. On the bike, the lens is simply not wide enough and also the slow-motion feature is limited to 720p at 100 frames per second without sound. Speaking of sound, you get the typical unsatisfying action-cam sound with this camera, no more, no less. Have a look at the video and see (hear) for yourself.

Basically nice to have a camera that you can take into the water with you. The cropped image in 4k is very limiting however, and becomes even worse underwater because of the different refractive index leading to an effective full frame equivalent of about ~1.4*40 = 56mm. Hence, wide shots are difficult to achieve.

At the Palace (Schönbrunn)

To cover the „do-it-all“ touristic part, I went to Schönbrunn Palace here in Vienna and took some beauty shots. I even had a slider with me in order to make my footage look more appealing and in this kind of artificial scenario the camera performed well.  It is worth mentioning the macro mode, I really like how it as it letting you get as close as 5cm to your subjects in the wide setting of the lens. 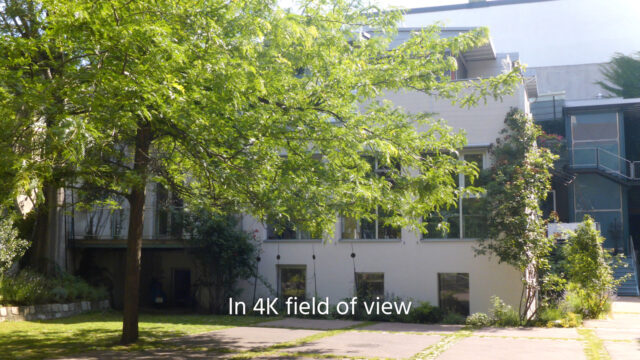 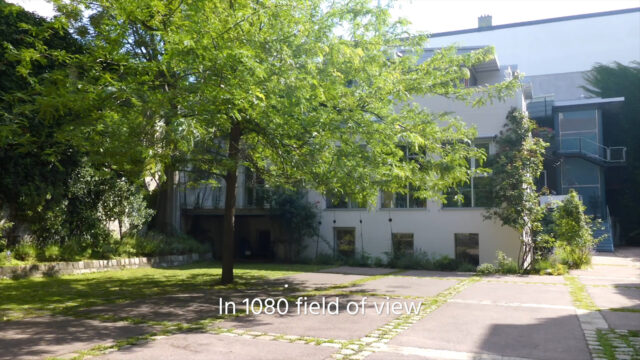 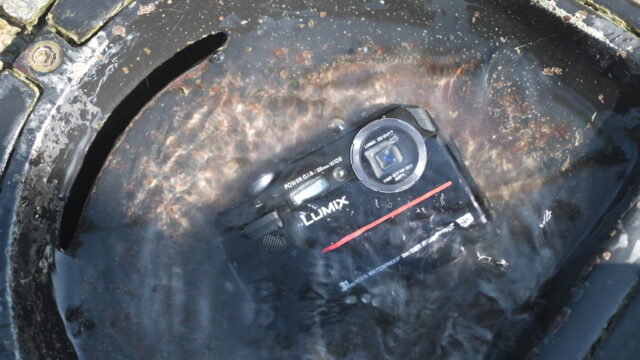 LUMIX FT7 – No fear from water

The Panasonic LUMIX FT7  is certainly a rugged outdoor travel companion that can do it all, whether you take it to the mountain, a sandy beach or underwater. But can it do it well? It sells for about $450, which is a considerable amount of money. For the price it offers a lot of features, great robustness, nice picture and colors out of the box, but I am still struggling somewhat to define the sweet spot and who it is for. A 40mm wide angle in 4k as a starting point, no lens filter thread, a viewfinder that leaves a lot to be desired and a rear LCD screen that barely can see in direct sunlight are quite limiting. In addition, the lens when zoomed in all the way to 128mm is quite soft. The underwater capabilities are nice but keep in mind the additional underwater telephoto effect.

Can you see the Panasonic TS7 / FT7 camera serving you well while traveling or when filming under tough conditions? Share your comments with us below.