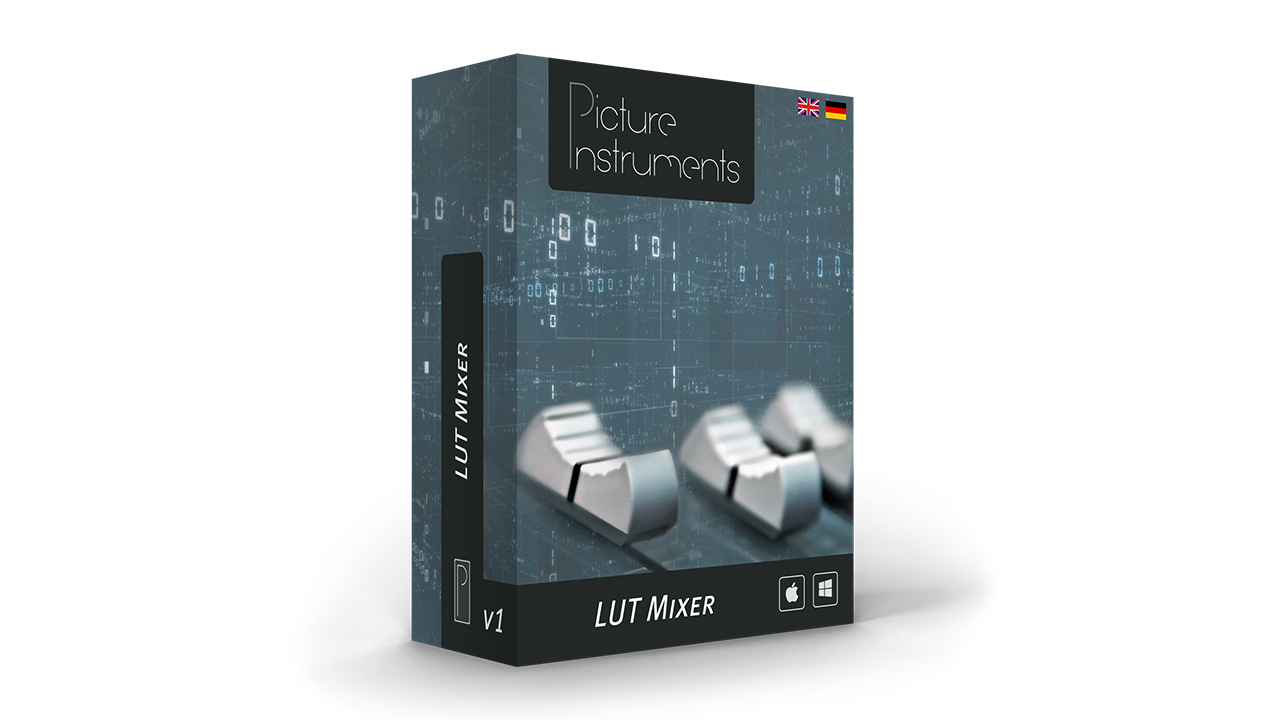 Working with LUTs is pretty common nowadays. You can use a LUT directly on set, with more and more monitors and cameras supporting them, or in post-production while you’re color grading your project. The new plugin from Picture Instruments called LUT Mixer was created to help you during post-production.

When shooting a project in any flavor of Log color space, you have to apply a LUT in post-production to convert the Log footage to some kind of Rec.709 or HDR color space. Then, your footage is in a Linear color space and you can start making basic color corrections like exposition, white balance, etc.

Depending on the look that you’re after, it’s not unusual to add one (or more) “artistic LUT” on top of that previous “technical LUT” and your adjustments. The thing is that “artistic LUTs” are mostly too extreme, and you’ll need to dial them down. Adding as many LUTs as you want and playing with their opacity is a fairly easy task to do in DaVinci Resolve. Otherwise, it takes a lot of time in Premiere Pro, After Effects or Final Cut Pro X. 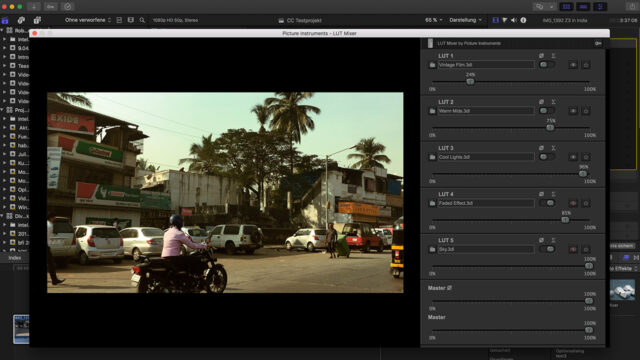 To solve that problem, the team at Picture Instruments has developed the LUT Mixer. With that simple plugin – compatible with Premiere Pro, After Effects and Final Cut Pro X – you’ll be able to combine up to 5 LUTs and apply them to an image simultaneously. The cool thing about the LUT Mixer is that it enables you to dial the opacity of each LUT individually. You’ll be able to see the effect of each LUT on your image directly inside one plugin only.

Of course, in Premiere Pro and After Effects you could use multiple instances of Lumetri Color to apply as many LUTs as you’d like. You’ll probably lose quite a lot of time because of going back and forth in every instance of Lumetri to adjust the opacity of each LUT. It goes the same way within Final Cut Pro X. 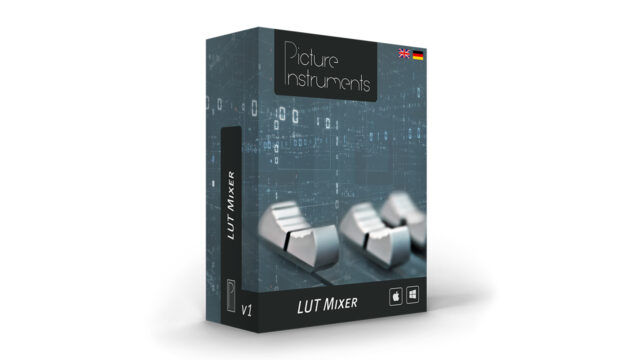 In the end, the LUT Mixer is a plugin that makes working with LUTs a more time-effective, easy and fun task, but it’s not something you can’t do without the included tools in each NLE.

The LUT Mixer is already available at Picture Instruments’ store and costs $47 (plus VAT, if applicable) for an Adobe or Final Cut Pro X license, or $66 plus VAT as a bundle.

Do you usually use more than one LUT for your projects? Do you think this plugin will help you save time in post-production? Let us know in the comments down below!