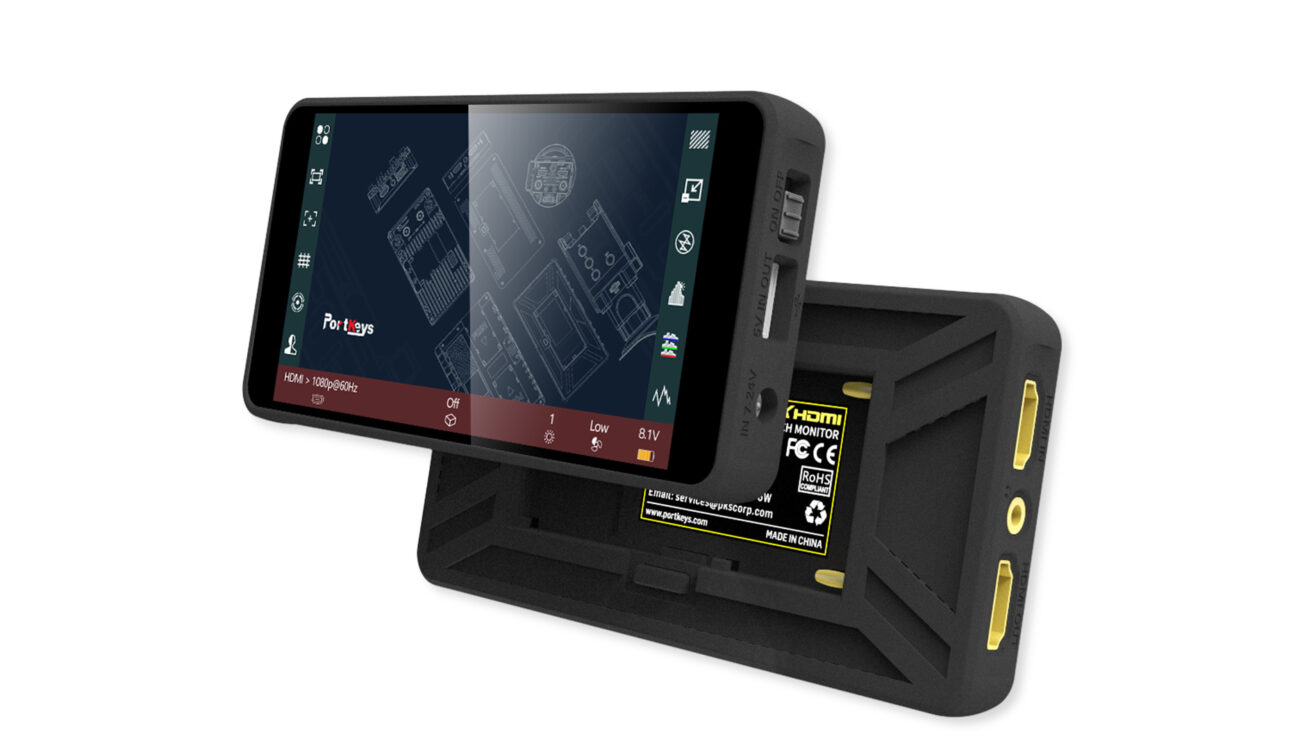 Portkeys has just launched a new lightweight 5″ on-camera monitor: the Portkeys PT5. This monitor can take HDMI input/output signals at up to 4K DCI at 24p or 4K UHD at up to 30p, it has a maximum brightness of 500 nits with all the monitoring tools you need to control your image properly, and it retails for only $169. So let’s take a closer look at Portkeys’ most affordable monitoring option yet!

Chinese manufacturer Portkeys is well-known for creating innovative on-camera monitors and viewfinders with very aggressive price/feature ratios. For example, they recently released the Portkeys BM5 III WR that can control the RED Komodo and is now RED Approved. Also, I reviewed their Portkeys LH5P monitor earlier this year, a monitor under $400 can control your camera.

The company has just released a new budget-friendly 5″ monitor that could be a good option for filmmakers that are just starting out.

The Portkeys PT5 is a 5″ monitor with one HDMI input and one HDMI output port. Having HDMI loop-through is pretty impressive on a monitor at that price level. Both in and out ports support resolutions up to 4K DCI at 24p, 4K UHD at up to 30p, FullHD at up to 60p.

The HDMI ports are located on the left side of the monitor. There’s also a 3.5mm headphone jack in the middle of the ports.

The display has a resolution 1920 x 1080 resolution, with a maximum brightness of 500 nits. It is also a touchscreen display to navigate inside the menu. However, this brightness will fall slightly short in bright daylight shooting conditions, so I would not call it a daylight viewable monitor.

The display uses WLED backlight technology, and the panel itself has a contrast ratio of 1000:1. It is worth mentioning that the PT5 has a 10-bit (8+2 FRC) display, so not “true” 10-bit, even if very few monitors are real 10-bit.

The Portkeys PT5 is made from ABS plastic, which helps keep the weight down at only 130g/0.28lbs. Also, it is very compact at 136 x 72 x 17mm in terms of dimensions, so it should not take that much space in your camera bag.

The monitor has a built-in fan that you can set to auto or adjust to low/mid/high in the menu. However, it should be much more silent than other monitors in Portkeys’ lineup. It has fewer functionalities/features and is also less bright compared to their BM5 III, for example.

On the right side of the Portkeys PT5, you’ll find an On/Off switch, a 5V USB Type-A port, and a 7-24V power input port. So you can power the PT5 in a lot of different ways:

As you can tell, there are many different ways to power it, which is nice. Also, the monitor only draws 6W of power, which means it should have fairly long battery life.

The Portkeys PT5 features all the monitoring you expect from a monitor in 2021, including:

You got it; everything you’d expect is here.

The Portkeys PT5 is available now for $169/€150. Very few other monitors will offer you this many features at this price point, and I can only think of the FeelWorld F5 and Desview S5 to maybe compete with it.

What do you think about this new Portkeys budget-friendly monitor? Would you like us to review it to see if it holds all its promises? Don’t hesitate to let us know in the comments!