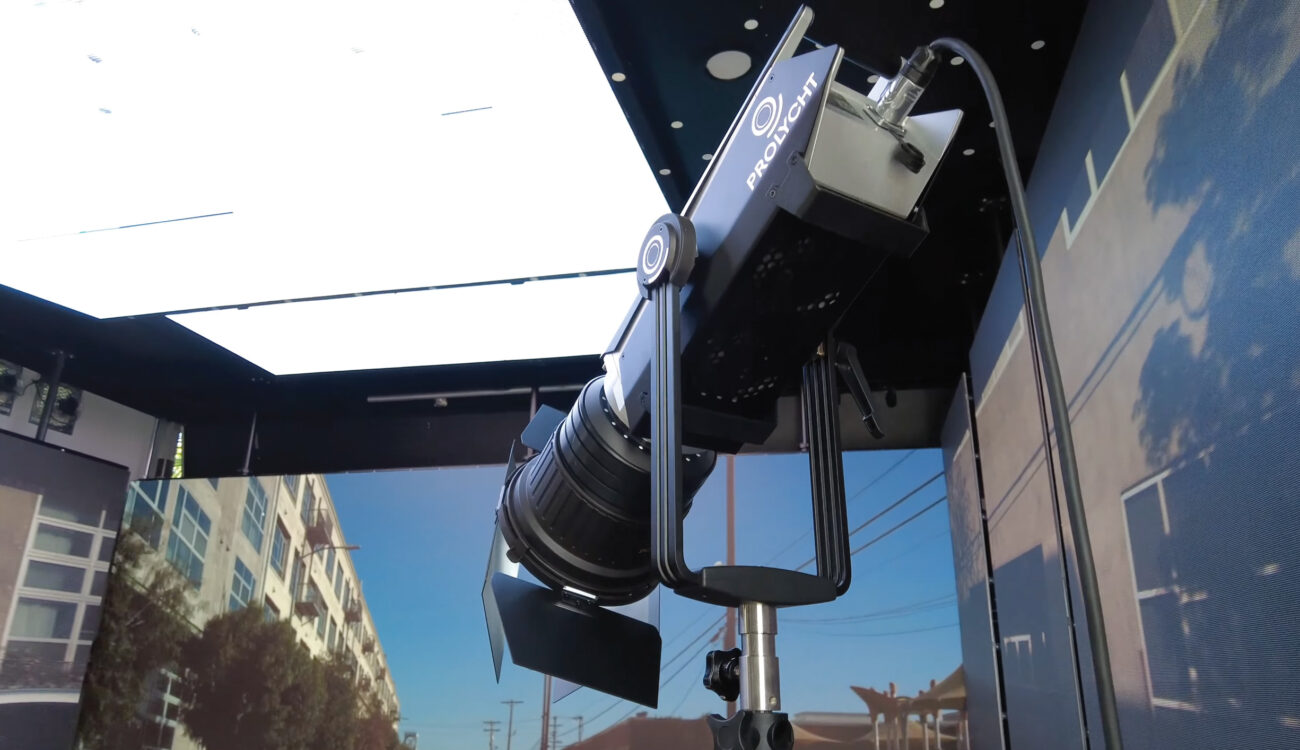 Prolycht has been working on a firmware update to improve the integration of their Orion 300 FS and 675 FS RGBACL full-spectrum COB spotlights into virtual production workflows. It should enhance the communication with MadMapper software as well as the consistency between light sources and LED background walls.

At NAB 2022 back in April, Prolycht launched the Orion 675 FS, an all-in-one powerful LED COB spotlight that now sits next to the existing Orion 300 FS, which was introduced last year. At the core of both lights is the company’s six-color RGBACL Hyperlight technology, which provides high color fidelity, without sacrificing power or saturation.

In case you missed it, makes sure to check out our review of the Orion 300 FS as well as our interview with the company about the Orion 675 FS model. Now, as virtual productions and LED volumes are getting more and more popular, Prolycht is putting in work to make their new fixtures fit those modern workflows. Let’s take a closer look.

While developing the new firmware, Prolycht relied on the feedback of a team of virtual production specialists at Stargate Studios, led by founder and CEO Sam Nicholson. According to Sam, their choice to rig a series of Orion 300 FS fixtures to the ceiling of their virtual production sets was dictated by the high degree of flexibility and control provided by these lights.

Indeed, virtual production requires a perfect real-time match between the light sources and the content displayed on the LED walls. And, Sam claims the Prolycht Orion 300 FS and 675 FS can be extremely accurate for this role, whether it’s a matter of creating soft or hard qualities of light.

“The Orion 300 FS exceeds the dynamic range and colorimetry of the screens that we’re shooting on.”

According to Prolycht, the new firmware brings advancements in three major areas. First, it improves the way the fixtures communicate with MadMapper, the same software used by the Startgate Studios team. Then, it should provide better consistency between the light sources and the virtual pixels of LED volumes. And finally, it adds some smart features, such as the ability to use an iPhone app to sample a color from the background LED wall, which is then used as a reference by the fixture to reproduce lighting changes in that area.

Currently, there’s no official information about pricing and availability of this new firmware. Meanwhile, the Prolycht Orion 300 FS Kit and Orion 675 FS are available for purchase from B&H and CVP for $2,150/€2.470 and $3,495/€3.598, respectively. The most powerful, newly-released model should start shipping around September this year.

Have you ever worked on a virtual production stage? What do you think of this firmware update for the Prolycht Orion 300 FS and 675 FS? Let us know your thoughts in the comments section below!