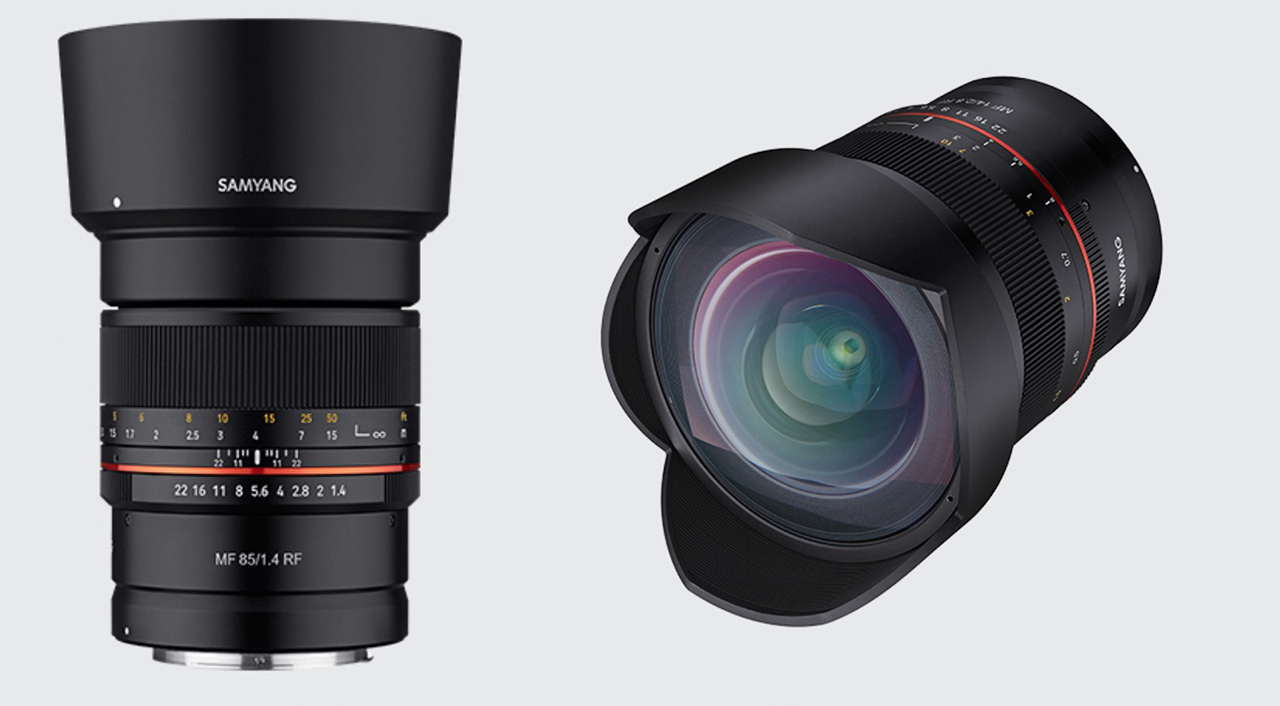 Samyang recently announced their first venture into the Canon RF world. The Samyang MF 14mm F/2.8 RF and Samyang MF 85mm f/1.4 RF will be the first in line for native compatibility with the Canon EOS R Mirrorless cameras.

The new mirrorless line from Canon brought a new mount – RF mount is much more compact due to not needing to account for a large mirrorbox found on DSLRs.

The result is a much shorter flange distance than Canon EF.

Looking at the design and specification of these lenses, they use the structure of existing Samyang lenses, just with the longer back end to account for the shorted flange distance.

Both are naturally compatible with the full frame sensor format, and are weather sealed “from light rain and snow”, the rubber gasket on the rear also helps with lens-body stability.

Expect many more from Samyang here, they have a wealth of manual focus primes that I’m sure will receive the same rehoused treatment to allow native compatibility for Canon RF Mount.

Article will be updated with pricing, but current similar Samyang lenses in other mounts are both sub $300.

In other Samyang news, the lens we saw back at Photokina 2018 that the Korean company bill “the world’s widest no-distortion full frame lens” has been officially announced. The XP 10mm f/3.5 covers up to 130° angle of view, is constructed from 18 elements in 11 groups, will be available in the Spring (Canon mount first, then Nikon) and cost around €1099.

What do you think of the new lenses? Let us know in the comments below.