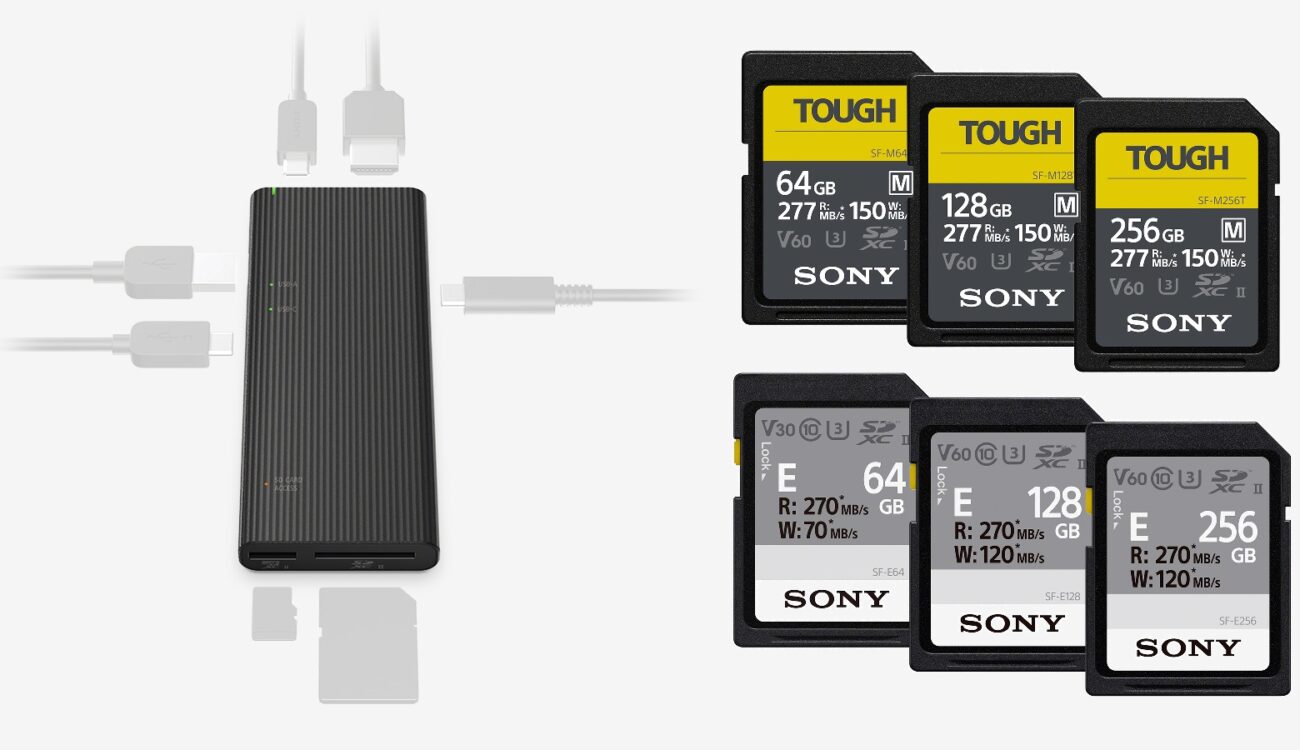 Sony has introduced the MRW-S3 – the world’s fastest UHS-II SD and microSD card reader and USB hub with USB 3.1 Gen 2, with up to 100W USB Power Delivery (USB PD) and HDMI output capability support. Sony also expands the TOUGH SDXC line with SF-M cards in capacities of 64GB, 128GB and 256GB. All of the new products will be available during fall 2019. 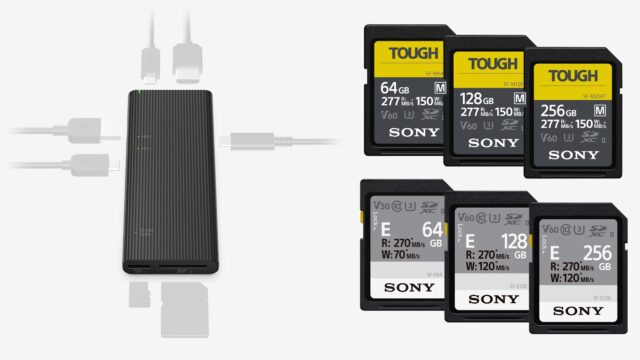 Roughly a year ago, Sony introduced their TOUGH series of ultra-durable ultra-fast SD cards. These cards are completely sealed, ribless, switchless and one-piece molded to offer protection against drops, bends, water and dust. They are also very fast, offering speeds of up to 300MB/s for read and up to 299MB/s for write. The available capacities were 32GB, 64GB, and 128GB.

Now, Sony announced they are expanding the TOUGH line with more SDXC cards and are releasing the world’s fastest multifunction USB Hub with UHS-II SD/microSD Reader.

The Sony MRW-S3 is a portable USB hub, offering a fast and reliable data transfer. Based on Sony’s internal testing (as of June 2019), their MRW-S3 hub is the world’s fastest UHS-II SD and microSD card reader, and USB 3.1 Gen 2 hub. It supports high-speed data transfer of up to 1000MB/s (transfer speed may vary and depends on host devices, the OS version or usage conditions).

The MRW-S3 USB hub connects with a host computer via a detachable USB-C to USB-C cable. It has two USB-C connectors, a USB-A connector, Micro SD and SD UHS-II card readers and one HDMI output with 4K 30fps capabilities. Therefore, it is possible to connect external monitors without extra adaptors (given that the host PC can support DisplayPort output from USB Type-C port).

In addition, the MRW-S3 can receive up to 100W USB Power Delivery (USB PD) to ensure stable and reliable connections with USB devices. It works only for USB PD supporting AC adaptors, and Sony recommends to use a 35W or higher USB PD AC adapter. With the USB power level indicators, users can be notified if each port is ready to be connected at max power supply levels, eliminating worries of sudden disconnection due to poor power management.

The USB hub has a durable aluminum body with a wave surface to prevent scratches, while the grip makes handling easier. The MRW-S3 weighs 95g and comes with a detachable USB-C to USB-C cable for connecting to the host PC. This cable can also be used in order to connect to USB 3.1 Gen 2 devices or to a USB PD AC adapter at up to 100W, thanks to its embedded eMarker.

The Sony TOUGH cards that were introduced last year were part of the highest SF-G series with a V90 rating. Now, Sony is expanding their TOUGH SD cards line with the SF-M series. These new cards provide high-speed data transfer of up to 277MB/s read speed and up to 150MB/s write speed. They are, however, only rated at V60, which means the minimum guaranteed sustained write speed is 60MB/s (480Mbps). These SDXC cards will be available in the sizes: 64GB, 128GB, and 256GB. 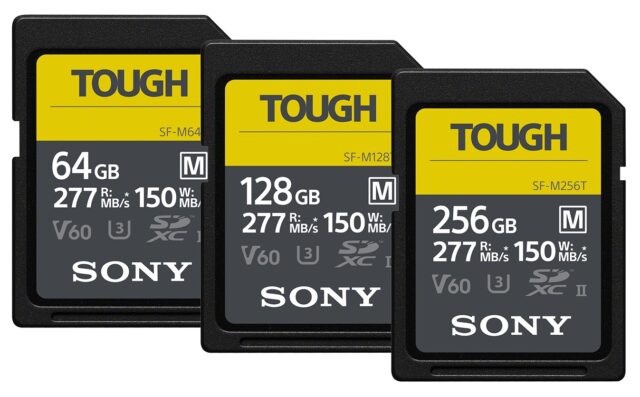 Just like the SF-G TOUGH cards, the SF-M TOUGH are the world’s toughest UHS-II SD cards (based on Sony’s internal testing and compared to a bending test standard for consumer SD cards – June 2019). They are 18x stronger than a standard SD card and have the highest-grade water- (IPX8) and dust-proof (IP6X) levels. 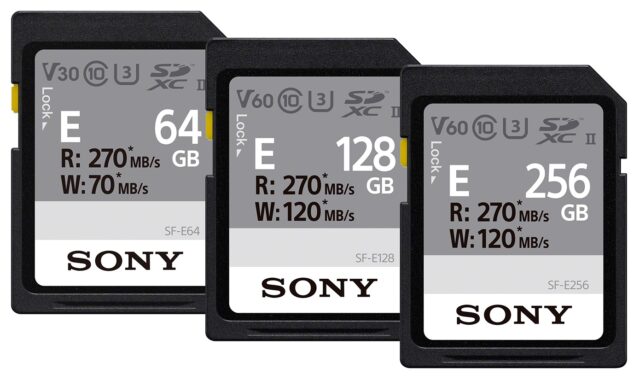 Both, the SF-M TOUGH SD cards and SF-E series, offer a file rescue software for macOS as well as Windows to help recover data or photos that were accidentally deleted.

The Sony MRW-S3 USB hub, the TOUGH SF-M series and the SF-E series memory cards will be available during fall 2019.

What do you think of Sony’s new USB hub? Do you have problems with slow USB hubs? Do you have any experience with Sony’s TOUGH cards? Let us know in the comments underneath the article.