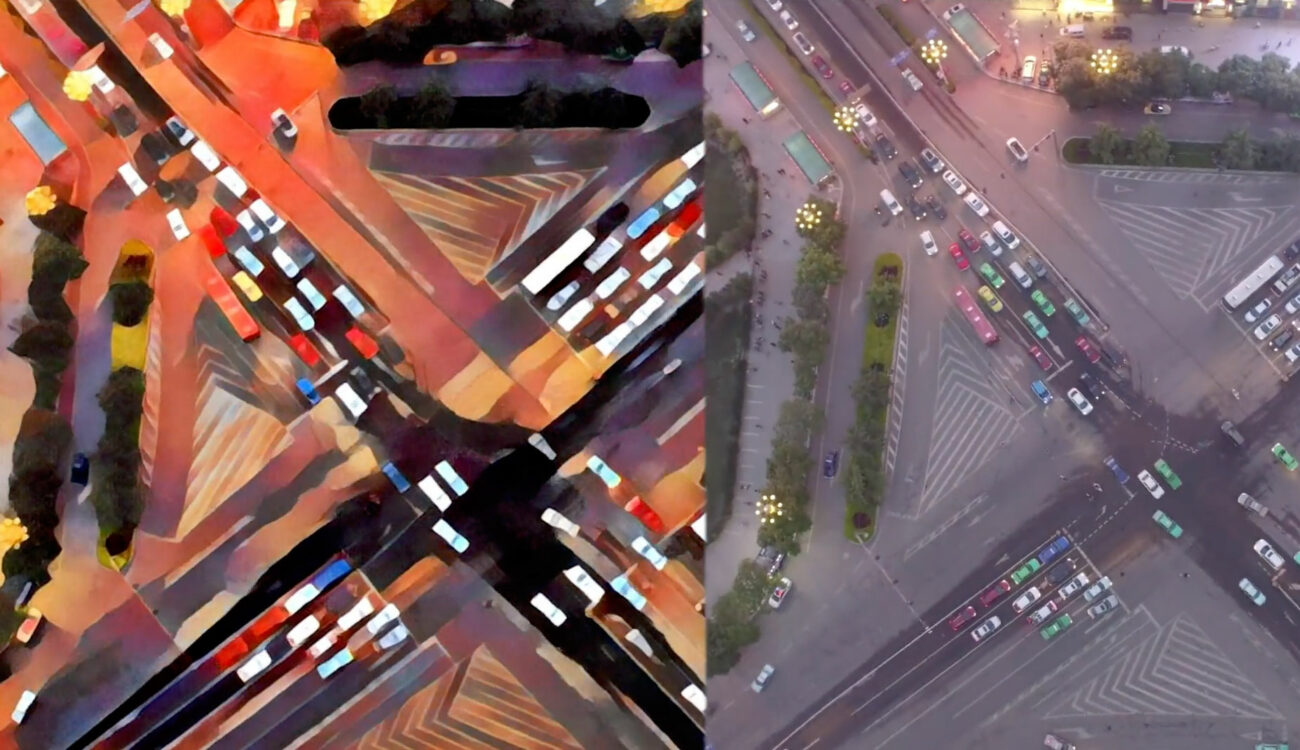 Drew Geraci from District 7 Media, who has been a guest on our ON THE COUCH series before (click here) is certainly best known for his timelapse work, particularly the intro of the enormously popular Netflix show “House of Cards”.

He’s taken his timelapse skills and applied them using the new app Prisma (free on iTunes), which isn’t just another photo-turned-painting processing app on the phone, but rather a complex set of algorithms that produce really stunning results that do actually look like a painting.

In a tedious process, he has processed thousands of images one-by-one using his phone and stitched them together to create an amazing animated timelapse.

Read the description of his workflow in his own words and watch the side-by-side video of the original timelapse and the processed images below!

After seeing so many stunning still pictures created in the Prisma App, I decided I wanted to take it to the next level and introduce motion. I had recently returned from a trip to China with hours of timelapse and drone footage collecting dust and decided this would be the perfect project to incorporate them in to.

Each frame of the 1 minute and 20 second video had to be processed via the Prisma App which took almost 80 hours to complete. The processing/rendering was at the mercy of the servers. Most of the project had to be completed between 11pm and 4am EST because the app would freeze or shutdown due to overloaded serves or too many users on at the same time.

Thankfully the algorithm used to create the painting-like scene(s) was very consistent when it came to processing the images. The total video was approximately 2500 frames and took a bit of ingenuity to stitch together.

By the end of the project (which took around 5 days to produce) my fingers were numb and eyes bloodshot. The worst part was the constant repetition of taking the photo, processing the photo, moving 1 frame forward, and then saving the image. Sometimes I would forget to do a step and have to start over completely. It was mind-numbing work to say the least!

The easiest way for me to create the video was to physically take a picture of the video (on a 4k monitor) using an iPad and save each photo directly to the iPad. Once all of the photos were taken, I used my PC workstation to directly pull the images off the iPad and onto a local hard-drive to continue the processing.

All in all, I’ve very excited to have the project complete and out on the web. I’m looking forward to producing some 4k content once the desktop app arrives. Until then, 1074×1074 is good enough for me! 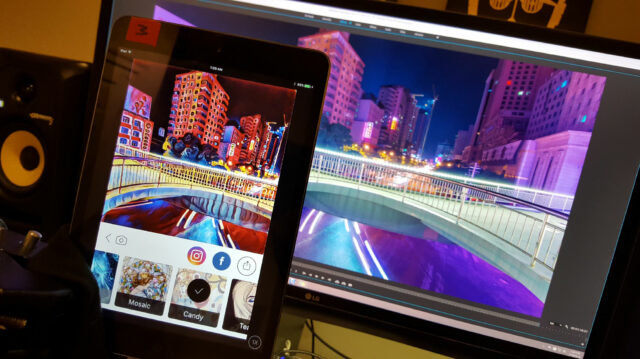