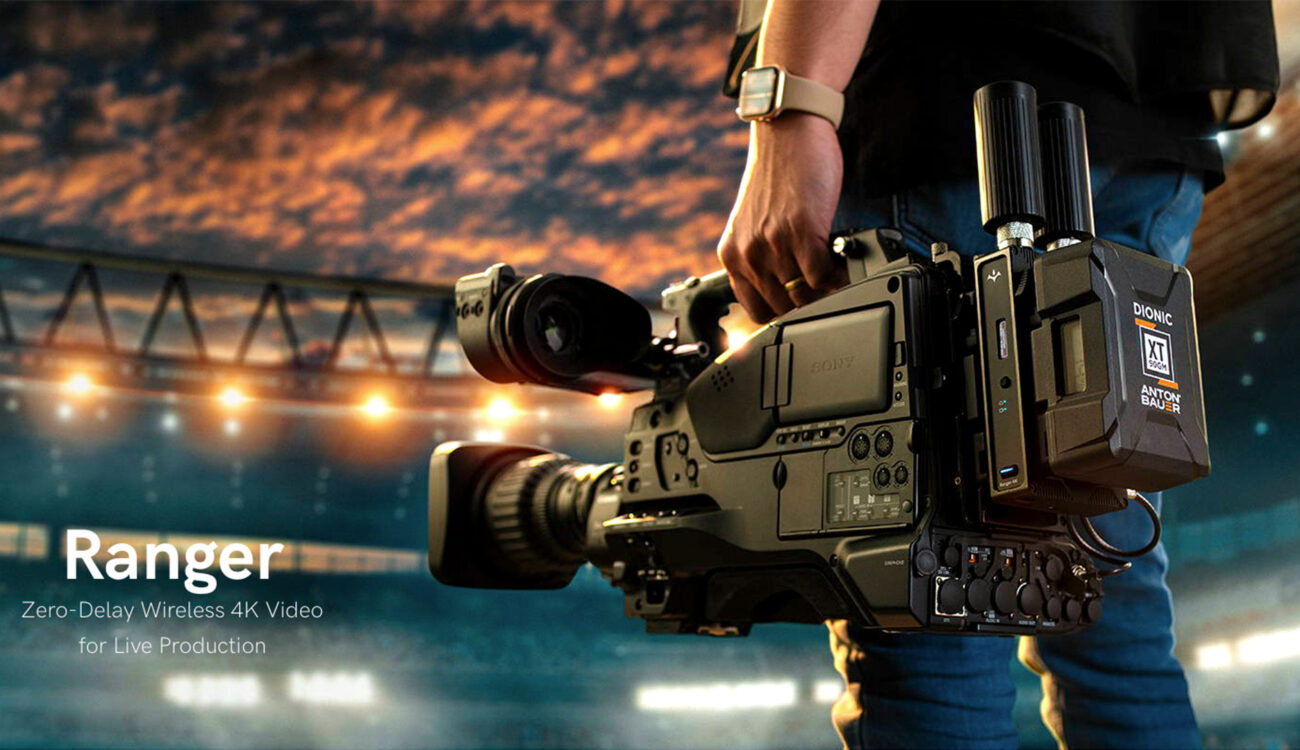 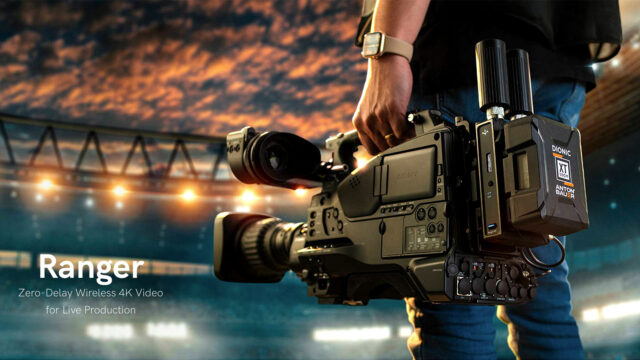 Teradek claims that the Ranger holds the title to be the world’s first wireless solution able to transmit 4K HDR video streams with (almost) zero delay (< 1 ms) and a maximum range of 1.500m. The latter is the maximum distance covered without obstacles in the way which usually describes the maximum range within the line of sight. The operating range of the transmitter and receiver is from 4.9 to 6.0 GHz, while users have to especially abide by rules and regulations within licensed frequencies, of course: 4.850 ~ 5.150 GHz, 5.350 ~ 5.470 GHz, and 5.850 ~ 5.925 GHz). Precise adjustment within the spectrum is achievable through tuning steps of 5 MHz.
With Teradek’s own patented Joint Source Channel Coding (JSCC) Technology, the Ranger transmits uncompressed 4K HDR video. At the same time, AES-256 bit encryption utilizing RSA-1024 bit key pairing secures the transmission immensely. Besides, the signal may be received by up to 6 receivers with only one transmitter, which underlines the product’s multicast-capability. 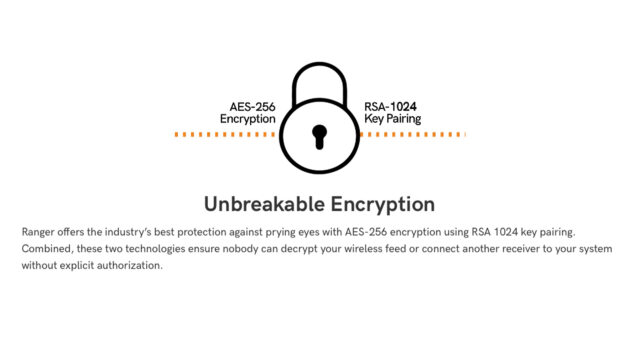 Another easy-to-use feature is the smartphone app Launchpad from Teradek, which is available in the App Store and on Google Play. This phone app empowers the production team with cableless control functionality to set up, initialize pairing of devices, check interferences across the channel, or take care of other elements of the workflow such as selecting the primary operation frequency.
Of course, this is an optional choice since the user may still choose to control the menu via joystick navigation and OLED display on the side of the product body. The other inputs, outputs, controls, and connection options are depicted clearly with the following illustration. Of course, a 12G-SDI input, and a looping output are together at the heart and soul of the product. As usual, V-mount or Gold Mount battery on the backside of the device, which powers the whole camera typically also power such transmission products directly or indirectly. In this case, a 6-28V DC power connection is available with a 2-pin Lemo connector. 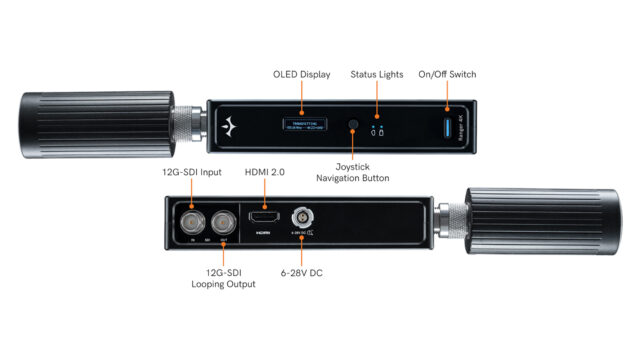 A lot of filmmaking professionals might be even more familiar with the Teradek Bolt or Bolt 4K products. They also might wonder, where the difference is between their Teradek Bolt 4K MAX (with 12G-SDI & HDMI 2.0 (In/Out) enabled, DCI-4K resolution with 10-Bit (4:2:2) at up to 60 fps, unlimited receivers and the same 1.500m line of sight transmission distance) and the Ranger.
Both products are relying heavily on the same < 1 ms delay technology of the latest Amimon 4K chipset but the Ranger suits live productions profoundly in several distinct ways. While Bolt 4K doesn’t support licensed bands, Ranger does. The Ranger transmitter also comes with N-type connectors.
The control dial of the Ranger is more precise for highly accurate frequency control (i.e. tiny 5 MHz increments for fine frequency control within the spectrum). Such precision is especially important when working with supervisors that coordinate frequencies at major events, in halls or on the premises of sports stadiums.
The H+V (polarised V and H) antennae of the Ranger are substantially different since they are supporting even better picture quality over larger distances which is more valuable for live production than monitoring on set. These new antennas require distinct software and product internals to work. A user cannot put these to use with other Teradek products such as the Bolt XT. The only other product they will currently work with is the Bolt 4K MAX.
Besides, Ranger already comes UNII-5 ready. This particular band of frequencies is about to be cleared for usage by the FCC, which would extend the Ranger’s frequency capabilities with the range from 5.925 GHz to 6.425 GHz. Ranger thereby is among very few professional systems that can cover the spectrum from 4.9 GHz to 6.425 GHz.
International competition to the Teradek Ranger is equipment from ABonAir, Vislink, and similar manufacturers whose live production wireless transmission gear is typically positioned above $20.000 and suited for sophisticated live production workflows or targeted at global broadcasting environments.

What do you think about the Teradek Ranger? Which live production transmission sets do you use (frequently) instead of the Ranger? How valuable are features such as mobile phone controllability for your applications? Let us know in the comments below.