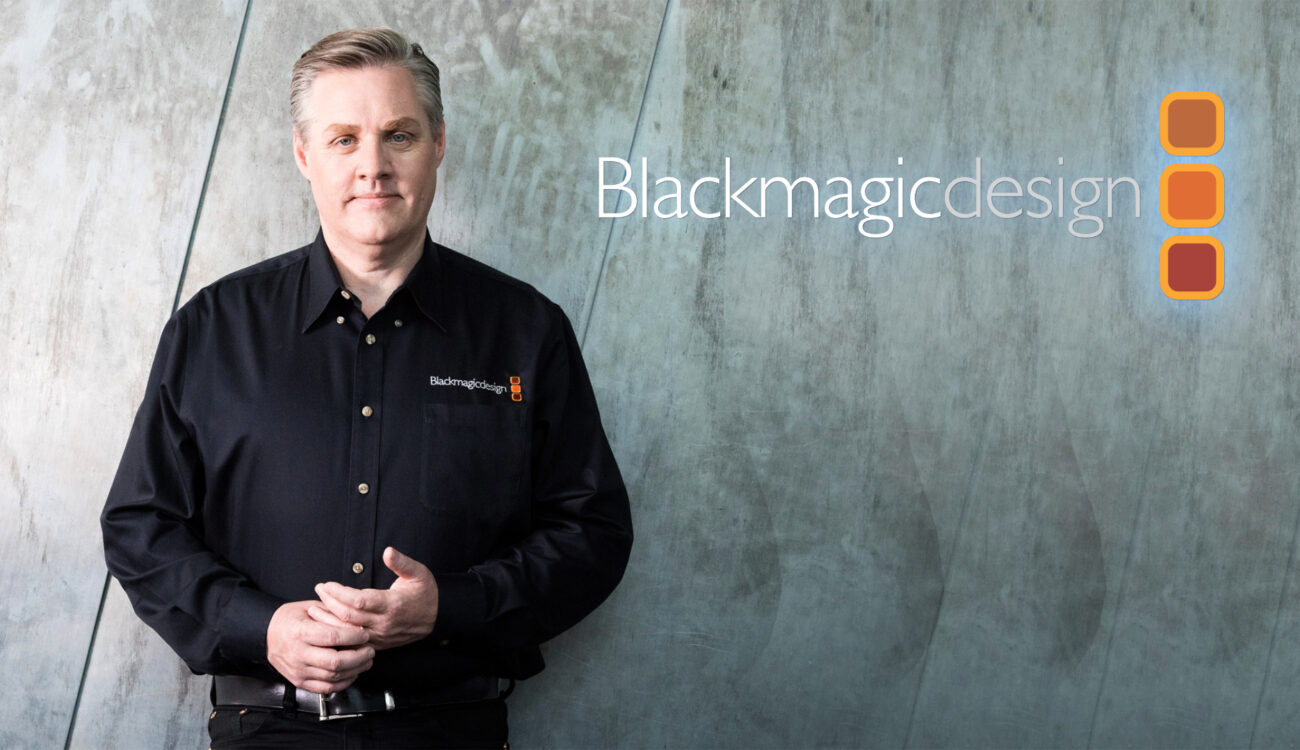 Of course, you know Blackmagic Design. But did you know that Grant Petty, one of the two founders and CEO, writes the SQL code to run his 1,500-employee company economically all by himself? Keep on reading.

Forbes is currently running a story on Grant Petty – which you can read in full here and while you are, you might think that he is a nerdy underdog (in a good way) who subverts the industry’s usual thought patterns and does things a bit differently.

But said underdog is far from being one. On paper, he’s actually a billionaire now, and his 1,500-employee Blackmagic Design company has grown into a $576 million (revenue) business based in Melbourne, Australia. So how did he do that?

According to the Forbes article, Grant Petty is a self-made man, and surprisingly for a CEO, he is quoted as saying: “all of 2020 and half of 2021, I was working until 2 a.m. every day because I was writing the code that runs the company“. That, in a nutshell, is why Blackmagic is such a successful company.

People see it as a weakness that I write the code myself.

Petty is not exactly a fan of outsourcing. He writes the SQL code that connects the company’s databases, which span three factories in Australia, Singapore, and Indonesia. So what should they do when a pandemic hits? Hire an outside company to handle it? Of course not. Grant Petty rewrote the entire workflow software that connects the inventory databases, so the factories can effectively share the parts they need.

Petty explains, “People see it as a weakness that I write the code myself,” but it seems to be working just fine.

Blackmagic Design is now in its 21st year, and it all started with affordable capture cards called DeckLink. From the very beginning, Grant Petty wanted to build high-quality equipment for filmmakers without the high prices.

We felt we could potentially make it a software product and bring it to the Mac platform where the creative people could use it.

Everything Blackmagic manufactures is made in-house, which is a very interesting fact (and largely uncommon in the rest of the industry), so Grant Petty is basically in control of every detail along the way. And successfully so, in the last fiscal year, Blackmagic’s sales nearly doubled ($576 million) and profits increased tenfold ($113 million). Blackmagic Design is debt-free and stands solidly on its own feet.

It all started when Petty taught himself how to program on an Apple II. After earning a certificate in electronics from a technical college in 1991, he went on to work in Singapore and discovered that everything in the TV industry was nowhere near as creative as he thought. Simply because all the equipment was super expensive, it was a pretty exclusive market, exactly the opposite of what you think of in terms of creativity.

I realized the class system I saw in my country town also happened in the TV industry. It wasn’t really a creative industry.

So Grant Petty went on his mission and, along with software engineer Doug Clarke, founded Blackmagic Design to change that exclusivity forever. He states: “When you go after people who are hungry and make those people more powerful, you realize the fundamental thing you are offering is freedom.“

Today you can get a 12K Blackmagic Design camera for as little as $6,000, and together with DaVinci Resolve you get a pretty good setup for anything super-high-resolution, such as FX work.

Do you always need high-end equipment with high-end price tags just because the name on those tags promises you to sit among the high-rollers of Hollywood? Maybe not, maybe you just need a vision and some decent equipment to make it happen. That’s exactly what Blackmagic Design and CEO Grant Petty have in store for you.

The Forbes article also describes some interesting use cases involving Blackmagic devices – be sure to read it!

A few years ago, we were also able to interview Grant Petty in a more personal interview, be sure to watch it in case you missed it:

Do you use Blackmagic Design gear for your projects? What are your experiences with it? Share your thoughts in the comments below!