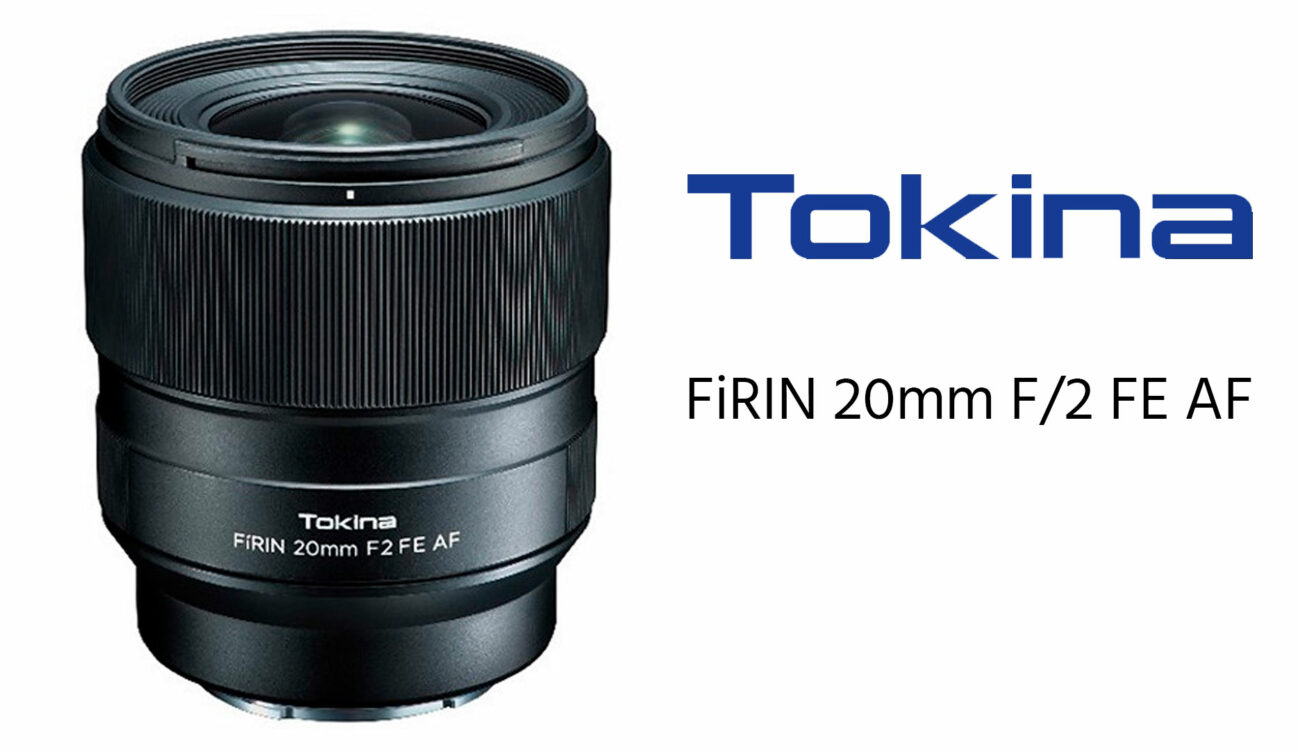 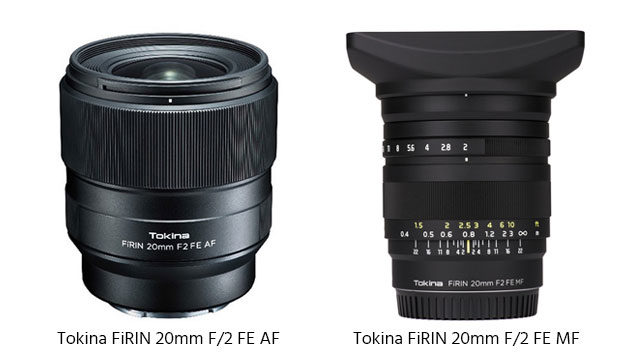 Back in 2016 Tokina announced the FiRIN line of dedicated E-mount lenses, starting off the range with the manual focus 20mm F/2 lens. Possibly compared to the ZEISS Loxia prime lenses, the native E-mount and manual focus FiRIN seemed geared towards Sony alpha video shooters. Since then, Sony released the a7RIII with lightning fast auto focus, so it seems like a smart move for Tokina to release an AF version of the lens, which has the same optical design as the MF version.

In terms of its wide angle optical performance, the FiRIN 20mm F/2 FE AF has 2 aspherical elements and 3 super-low dispersion elements which will reduce distortion and chromatic aberration, that can be inherent in wide angle filming and photography. Tokina suggests that even at F/2, the FiRIN lens will perform with high resolution results and minimal distortion.

Built into the AF system is a silent ring-shaped ultrasonic motor, which has full compatibility with the Fast Hybrid AF system of Sony E-mount cameras. Tokina also claim the lens can perform the same as Sony E-mount lenses in terms of speed and accuracy of focusing. On top, the lens is compatible with the focus assist function when manual focus is used, as well as the In Body Image Stabilization included in many of Sony’s alpha range of cameras.

Here are the specs of the Tokina FiRIN 20mm F/2 FE AF Lens:

It seems that Tokina has really thought through the lens design and compatibility with the Sony E-mount system to offer the best performance required for fast autofocus when using cameras such as the Sony a7RIII. Starting at the end of next week, we will be on the show floor at CP+ taking place in Japan. While there, we will take a closer look at this lens.

Do you own the original manual focus FiRIN lens? If yes, are you happy with it? Let us know in the comments section below.