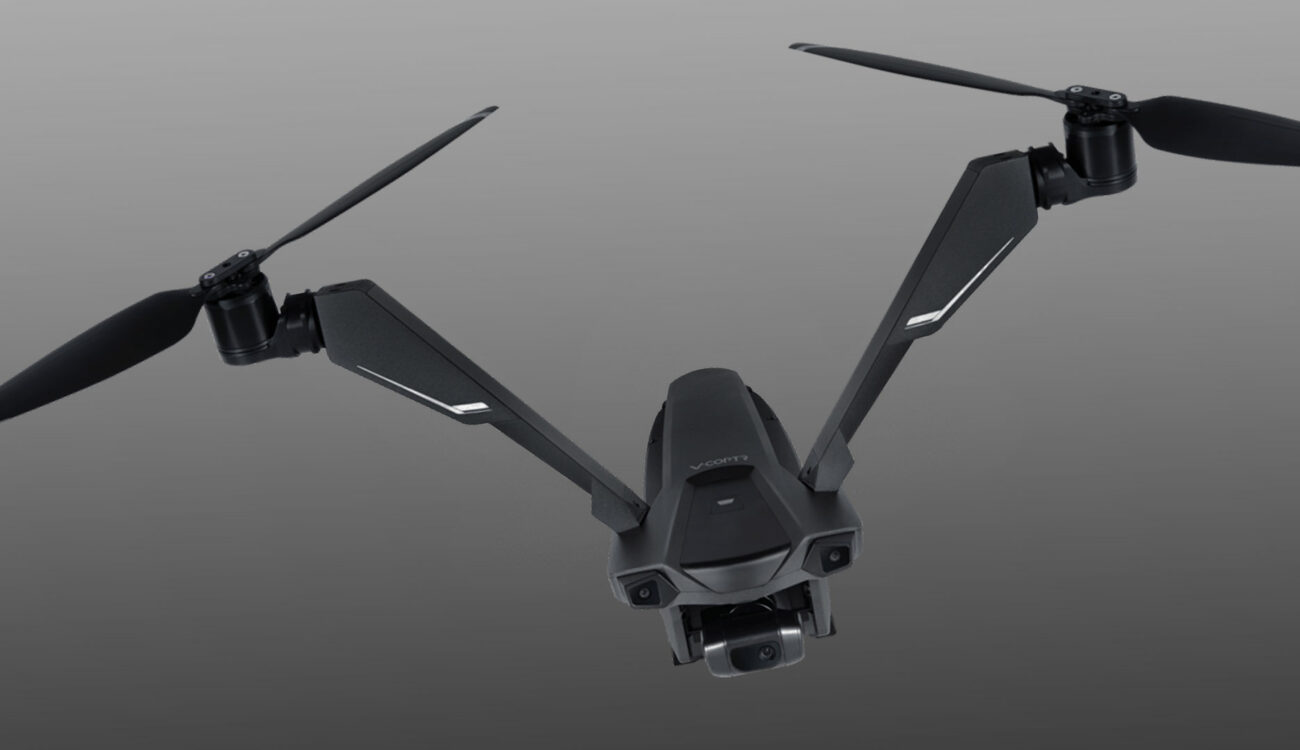 Zero Zero Robotics recently announced their new unique-looking drone: the V-Coptr Falcon. Indeed, this v-shaped bi-copter doesn’t look like your traditional quad-copter drone, because it only features two motors and two propellers. The V-Coptr Falcon can fly for up to 50 minutes with a transmission distance of 7km, it can avoid obstacles, and it features a 4K 3-axis stabilized camera. Let’s take a closer look at it!

Zero Zero Robotics is a Chinese company that launched its first product – the Hover 2 – via Kickstarter about a year ago. The campaign for this autonomous drone was a huge success, and they raised over $1M quickly. However, to this day, all backers didn’t receive their pledge yet.

In a surprising move, the team at Zero Zero Robotics announced the launch of a new drone, the V-Coptr Falcon. 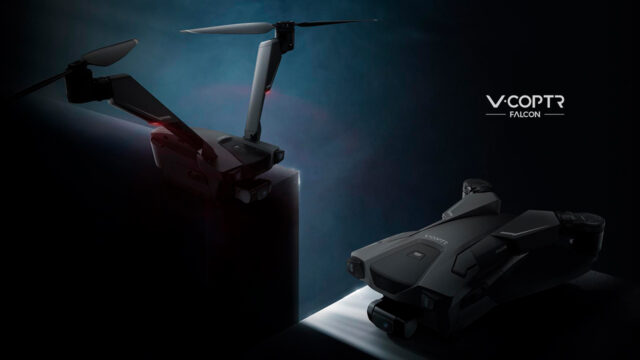 The Zero Zero Robotics V-Coptr Falcon is a multi-rotor drone, but with only two motors/propellers. As opposed to “traditional” quad-rotor drones, the V-Coptr Falcon uses gears inside the wing to tilt the propellers so the drone can move forward and backward. 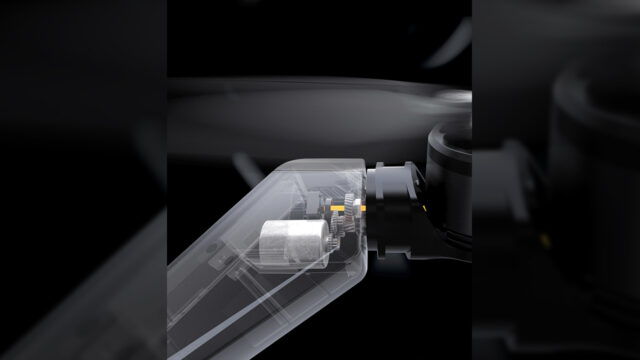 The main advantage of having only two propellers is that the Falcon requires less power to flight. According to Zero Zero Robotics, with one 4500 mAh/69.3Wh battery, you can fly for up to 50 minutes, which is double the time of a DJI drone. The aircraft is relatively small, measuring only 22 x 14,8 x 7,24 cm for a total weight of 1.6lbs/730g. 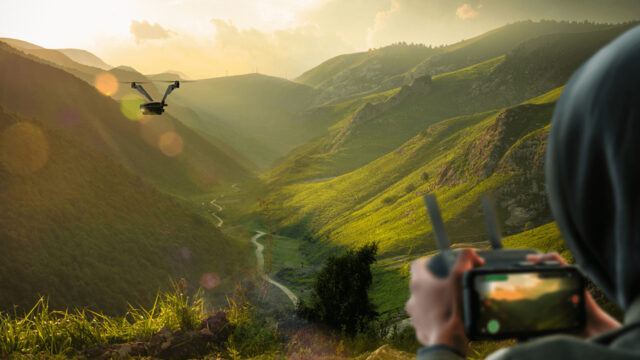 The drone operates on the 2.4Ghz bandwidth for the transmission signal. The controller used to manoeuver the V-Coptr Falcon – called the BlastOff – features a built-in battery that can last up to 2.5 hours. 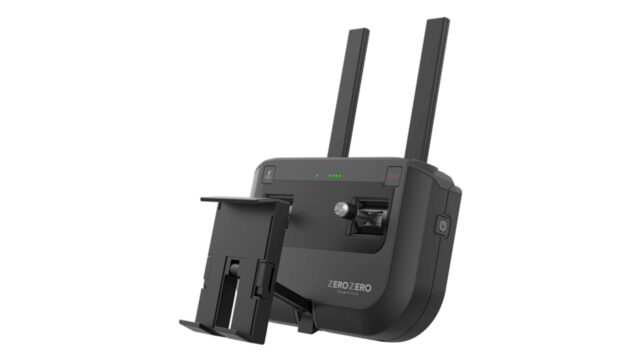 Also, the most incredible feature is the transmission range that is up to 7km, according to Zero Zero Robotics.

The V-Coptr Falcon features a 1/2.3inch 12MP CMOS sensor. As a comparison, this is the same sensor size as the DJI Mavic Air/Pro 2 Zoom. In the video above and the few sample footage available, you can see the same type of “artifacts” that you usually get with these tiny sensors. Indeed, they typically have a hard time resolving small details in complex scenes (such as shooting forests, for example), and the footage is, most of the time, too sharp. 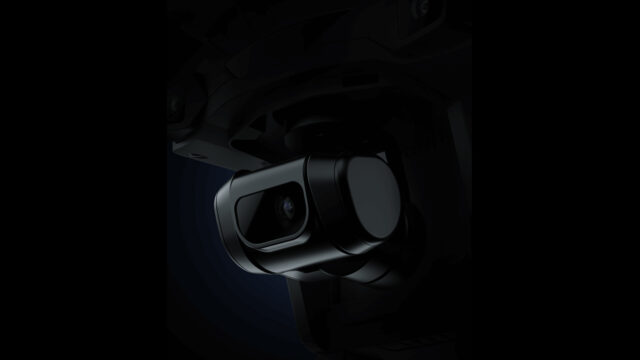 The Falcon’s sensor can record video stabilized by a 3-axis gimbal up to 4K UHD at 30 frames per second, and in FullHD at up to 120 fps. Videos are recorded as MP4 files, and there is no info about the maximum bitrate at the moment. Also, the Falcon can take photos in JPEG/RAW (DNG) at a 12MP resolution. Everything is stored either on the 8GB internal storage or on a microSD card with a maximum capacity of 256GB. 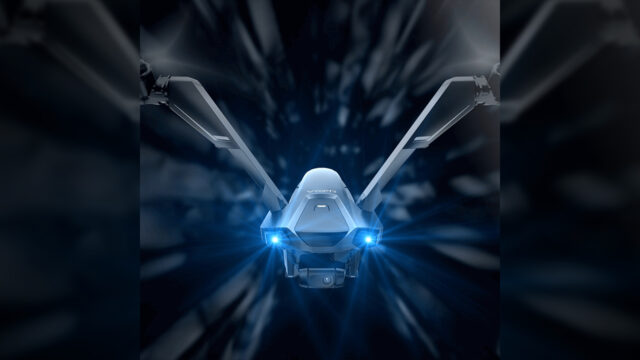 Finally, the V-Coptr Falcon features two front-facing obstacle avoidance sensors. Like every modern drone, several built-in flight modes are available to help you get the shots you want quickly. Also, it can track and follow subjects automatically, like DJI’s ActiveTrack. 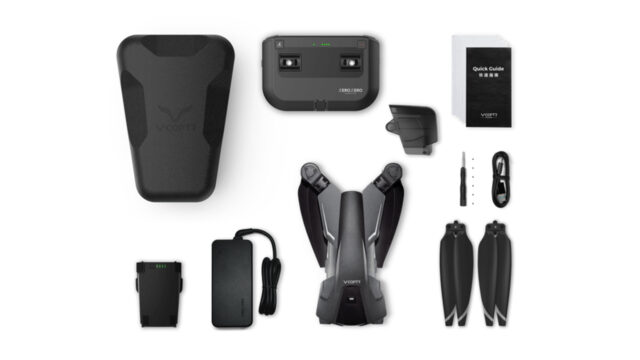 The V-Coptr Falcon comes with one BlastOff controller, one battery, two spare propellers, a gimbal cover, a screwdriver, a USB cable, and a case.

Zero Zero Robotics claims that the V-Coptr Falcon should ship in February 2020, and you can already pre-order it via their website for $999.

What do you think about the V-Coptr Falcon? Did you already buy the Hover 2 drone? Let us know in the comments below!

8
Camera Review
SIGMA fp L Review for Photographers - Good Performer, but not for Everyone
May 28th, 2021fiber_manual_recordAlexandra Thompson