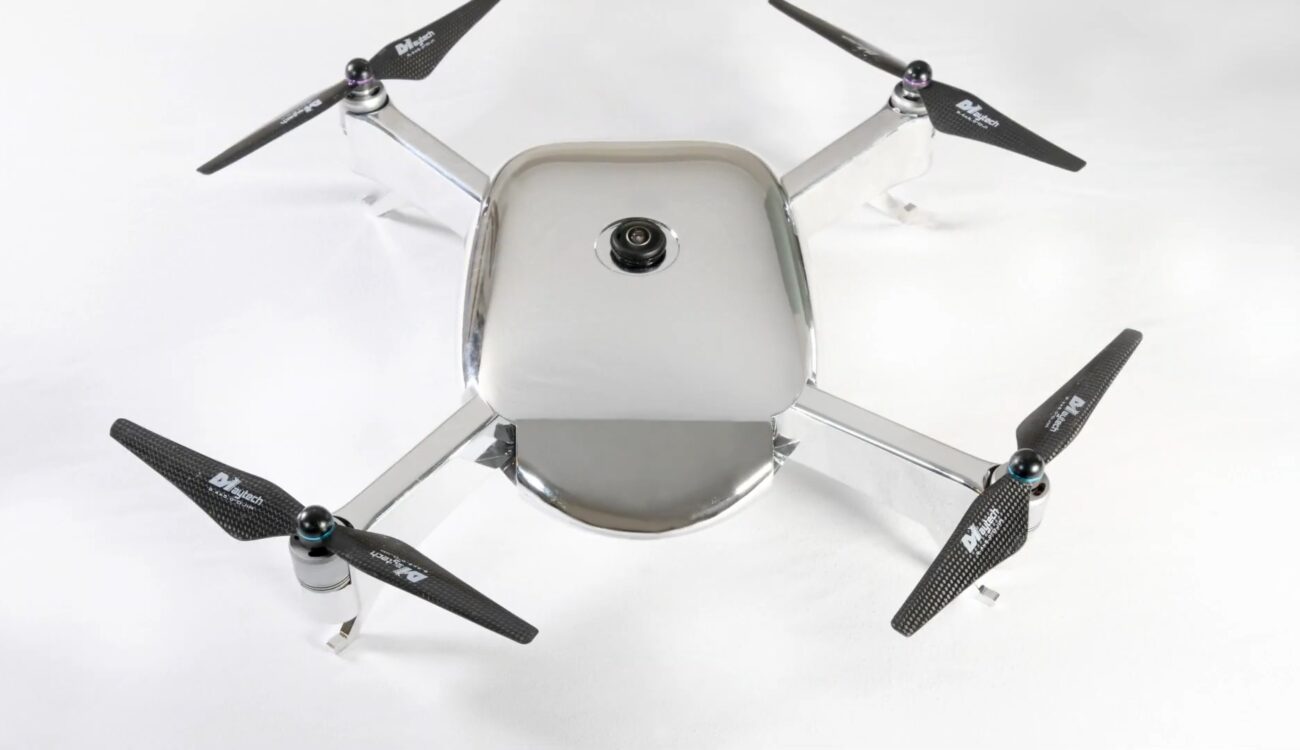 VISTA from Door Robotics is a new drone with a built-in 8K 360-degree camera. It can automatically create a 360-degree “invisible drone” images and thanks to multiple LiDAR sensors and cameras it can also map its surroundings and fly autonomously. Its creators are now running a Kickstarter campaign – the estimated delivery date is April 2021.

The US-based startup company Door Robotics just launched its first product on Kickstarter – an autonomous drone called VISTA with a built-in 360-degree camera. In 2016, Door Robotics received a grant from the University of Maryland’s Academy for Innovation and Entrepreneurship that helped create VISTA’s alpha prototype.

Currently, according to Door Robotics, the VISTA project’s final designs are completed and the drone is ready for production. The idea behind this UAV is to create a 360-degree “invisible drone” POV images. Let’s take a look at its features and specs.

Apart from the 360-degrees camera (more on it later), there are four LiDAR sensors, an optical flow sensor, and stereoscopic cameras on the VISTA drone. Thanks to all the sensors, the drone is capable of autonomous navigation (learn, map, and adapt to the surrounding environment). Obstacle detection senses objects around the drone and keeps it away from crashing during flight. In addition to the autonomous navigation, the VISTA Drone features a “follow me” intelligent flight mode.

In addition to the swappable battery, there should be a built-in backup battery in the drone as well. According to Door Robotics, the goal flight time is 31 minutes. Should the battery run low during flight, the drone will automatically begin to descend and return home. There is also an automated landing and take-off mode.

The drone will be 9.5″ (24.13cm) in diameter and the goal weight is under 3.3lbs (1500g). From the promotional video it seems that Door Robotics will provide a proprietary software to edit the 360 footage after capturing. Thanks to LiDAR sensors, it should be even possible to convert the captured images into 3D models with measurements.

The VISTA Drone has two cameras (or one camera with two image sensors and two lenses if you will). The image sensors used are the Sony IMX 204 with 40MP resolution. There are two ultra-wide lenses (one facing upwards and one downwards) which result in 360-degree footage. According to Door Robotics, the camera offers 8K resolution with 30fps and a 78 Mbps bitrate. There is no information about a used codec, but the bitrate seems painfully low to me for an 8K resolution.

There is no word about storage size or support for memory cards. Door Robotics only says that the drone will have a 1.5 hour recording time. Real-time video stitching from the two lenses results in 360-degrees footage where the drone is removed from the image. It should even support 1080p live streaming.

The controller will include a touch screen display and support both WiFi and Bluetooth connection. Door Robotics says that the controller will have up to three days of battery life. Its dimensions will be 9x5x1.5″ (22.9×12.7×3.8cm) and the weight will be 1.1lbs (500g).

It will also have a GPS module for the drone’s “follow me” mode. I have to admit, that the design of the controller from the promo video looks a bit odd. I am curious if the final design will be any different.

The Kickstarter campaign for the VISTA drone has already been successfully funded and it is still running until November 30, 2020. The drone units are expected to be delivered to the backers in April 2021.

The Kickstarter price for the drone (including the controller) is currently at $1,399. You can also get two units with the controllers for $1,799. The planned full retail price is $2,400.

We are saying this at the end of every crowdfunding-related article: Please be aware of the risks when backing a project on a crowdfunding platform. Please read the crowdfunding platform terms and conditions carefully and keep in mind that there can be significant delays when delivering the product. Some projects even don’t get delivered at all.

What do you think about the VISTA drone? Do you work with 360-degrees footage often? Let us know in the comments section underneath the article.