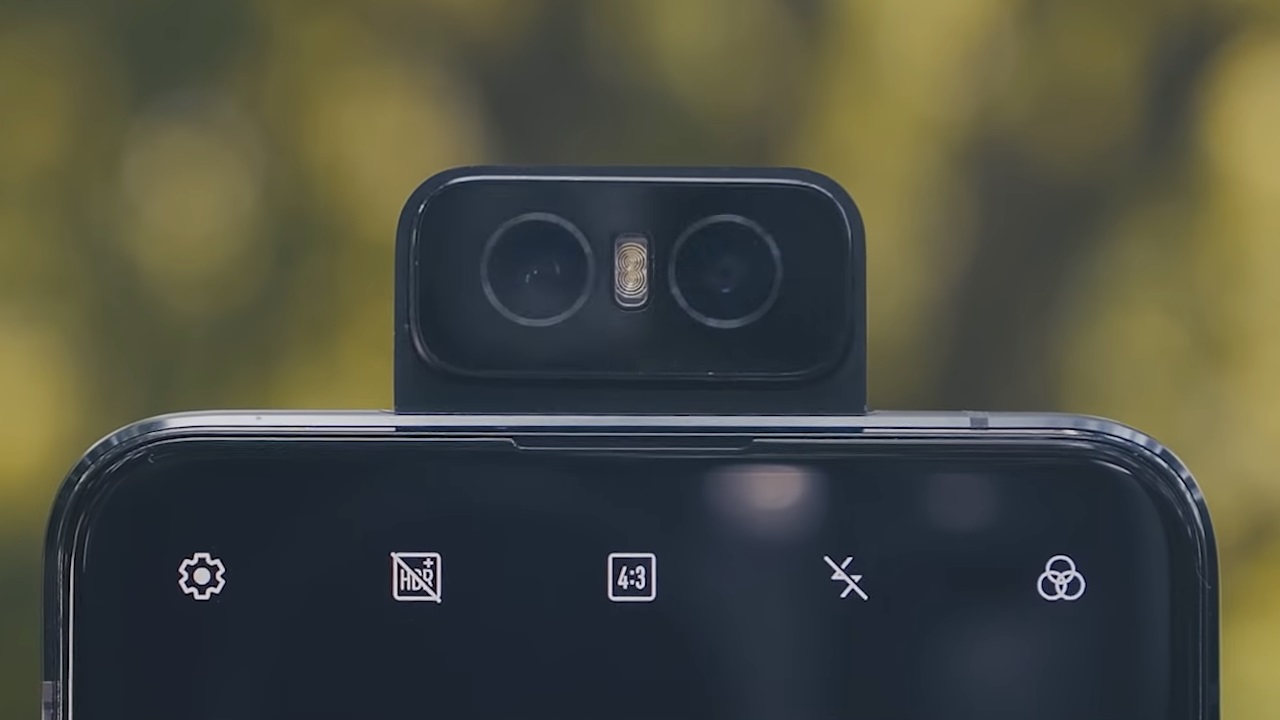 The ASUS ZenFone 6 features a 180 degrees flip (rotating) camera module. This is an interesting new concept because the main 4K camera now also serves as a front-facing camera, and the phone’s display covers the whole front side. Could this phone be a good tool for vlogging? 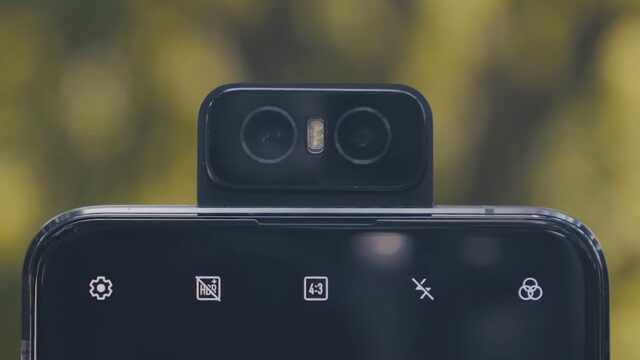 Smartphone screens are constantly growing in size. Virtually every smartphone manufacturer out there is trying to maximize the touchscreen as much as possible, without making the whole phone too bulky. What complicates things the most is the front-facing camera (or cameras). Most new phones now have a so-called notch to include those. Samsung introduced a camera cut-out in the display with their new Galaxy S10 phones. OnePlus now has a motorized sliding front-facing camera.

What caught my interest in the last days, however, is how ASUS tried to tackle this problem with their new ZenFone 6. I think it is a very nice innovation and might actually be an inspiration for other phone manufacturers. They introduced a flip camera – a rotating module with two cameras, which can act as a standard back camera, front-facing camera, or anything in between.

In my article, I will only talk about the camera module of the phone. I will not dive deeper into other specifications – if you are interested in those, make sure to check the ASUS ZenFone 6 website.

The camera module of the ASUS ZenFone 6 is located on top of the phone, neatly stowed in the backside. It can rotate 180 degrees and includes two cameras next to each other.

The second camera features a 13MP resolution – the sensor size is not mentioned publicly, but it is definitely smaller than the main camera’s. It is an ultra-wide camera with 11mm focal length (35mm equivalent, 125° field of view) with real-time distortion correction. 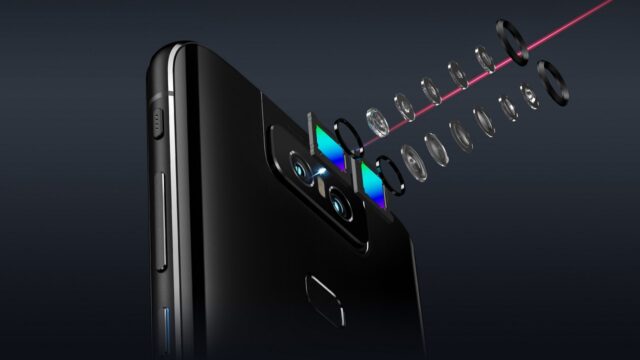 Two cameras on the Flip module

There is an interesting feature called motion tracking. It works only in 1080p 60fps mode and can track the subject you are filming (with face recognition). If your subject leaves the frame, the camera will tilt accordingly, so the subject won’t be lost. The rotating camera is capable of automated panorama panning, too.

The display has some impressive specs. It is a 6.4-inch Full HD+ (2340 x 1080) IPS display with 92% screen-to-body ratio and 600nits outdoor readable brightness. It is, of course, protected by gorilla glass.

The internal storage can be up to 256GB, and the phone supports microSD cards with up to 2TB capacity. Paired with the new 1TB microSD from SanDisk, the phone would have massive capacity for a lot of high-bitrate 4K footage.

Last but not least, the battery has quite a large capacity of 5000mAh, which could offer long shooting time.

The specs alone are not game-changing, per se, as any new flagship phone can do this nowadays. For me, it is the innovative concept of the rotating camera that makes the phone interesting. I didn’t test it yet, so I cannot say how useful it really is. Yet I like the idea of having one or two high-quality large-sensor cameras in the phone, which can look to the back or to the front. Separate front-facing cameras often compromise in quality, as they need to be very tiny. 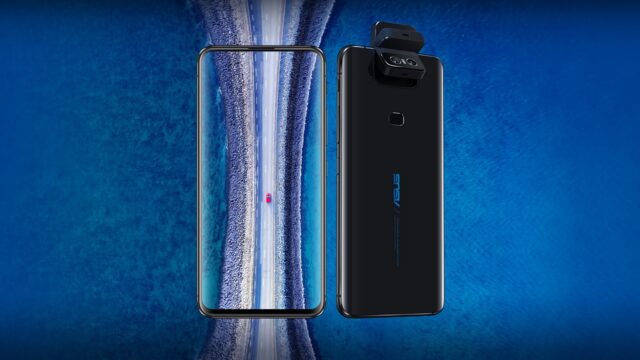 The rotation angle of the camera can be adjusted within the camera’s app, and it can be anything between 0 and 180 degrees, so it is not only useful for selfies. This can also be convenient for capturing images from different perspectives – down on the ground or from high above. Almost like a rotating screen of many cameras.

I have to say, however, that I also see some drawbacks of ASUS’ rotating camera solution. Generally speaking, having a mechanical part on the phone is a challenge for engineers. It can break, it is a problem in regards to water and dust resistance, it is more fragile because it sticks out of the phone. Another problem for us filmmakers might be ND filters – there would have to be some custom-made tiny filters for the flip module. 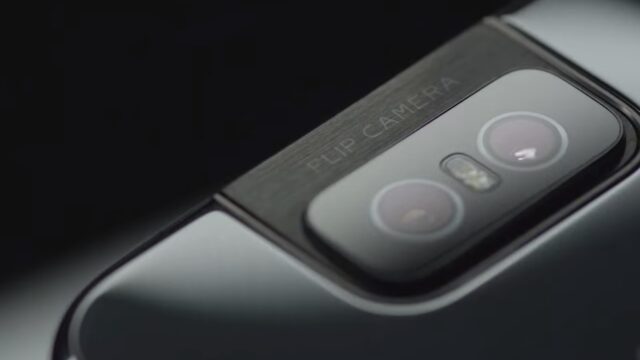 To ensure their customers about the ruggedness of the camera module, ASUS claims that the camera is made out of Liquid metal (amorphous alloy), which is lighter, but 4x stronger than stainless steel. It has a stepping motor, which has been tested for 100,000 actuations. The G-sensor also closes the flip camera automatically when a drop is detected.

I think this could be an interesting phone for filmmakers who do a lot of vlogging. Having a back camera quality in a front-facing camera sounds appealing to me. If the flip camera module proves to be rugged too, it might be the future for more phone manufacturers.

The price of the phone starts at a very competitive US$500 for the 64GB version.

What do you think of the rotating camera of the ASUS ZenFone 6? Would you like to have a mechanical part on your phone? Is this the future of smartphone cameras or rather a blind path? Let us know in the comments underneath the article.