Wide-angle anamorphic lenses, and especially 2X ones, are not easy to manufacture and usually comes at a high price. During NAB 2019 we had a chance to talk with Dan Kanes from Atlas Lens Co. about two new exciting products: an Orion 25mm T/2.0 anamorphic lens and an LF Extender. 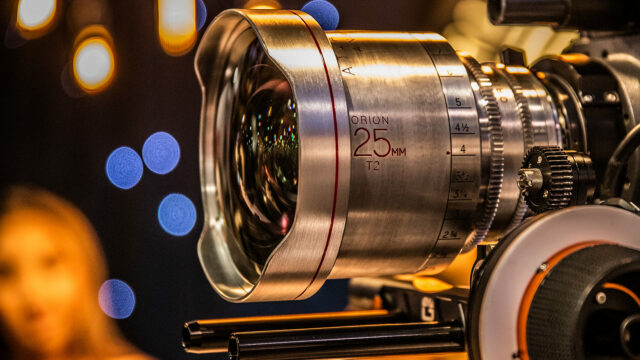 If you are not familiar with Atlas Lens Co., the young American company is specialized in anamorphic lenses. In 2017, they released a 2X anamorphic lens set called Orion. There are six lenses in total; they are all T/2.0 aperture and range from 32mm up to 100mm. However, a wide-angle anamorphic prime was missing, and it looks like the set will soon expand to seven lenses with a new 25mm T/2.0 anamorphic prime.

This new Orion 25mm T/2.0 anamorphic lens is a unique lens. Indeed, the lens features very low distortion, which is familiar with wide-angle anamorphic lenses. The front of the lens is 134mm wide, and the lens mount is interchangeable from PL-Mount to EF-Mount. While it is still a prototype – Atlas Lens Co. built it two weeks before the show – the build quality looks fantastic, like every other Orion lens. 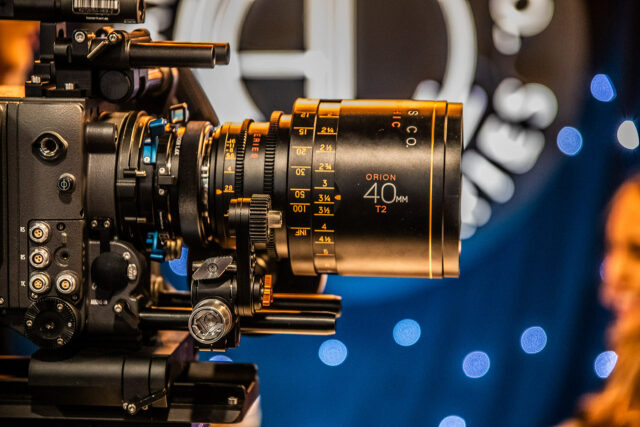 Also part of this announcement from Atlas Lens Co. is an LF Extender. This extender allows every Orion lenses to be compatible with large-format cameras like the ARRI ALEXA LF, the ARRI ALEXA Mini LF, the RED Monstro VV or the Sony VENICE. It looks like the LF Extender will be available in PL-Mount only.

What do you think of this wide-angle Orion 25mm T/2.0 anamorphic prime? Do you ever shot with Orion lenses before? Let us know in the comments below!