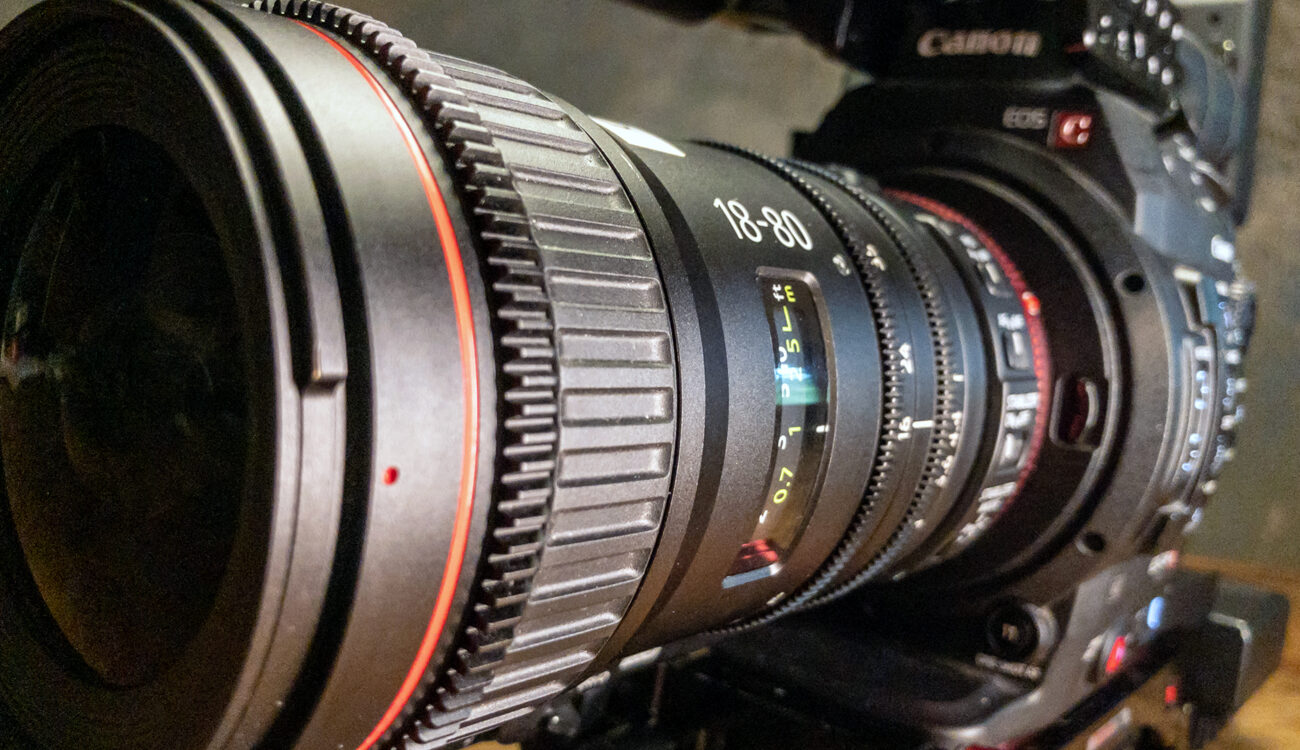 Canon introduced two “compact-servo” cine lenses back in 2016. One of them, the Canon CN-E 18-80mm T4.4 made its way into my gear bag more often than I might have thought it would. Time for a personal review of this lens! 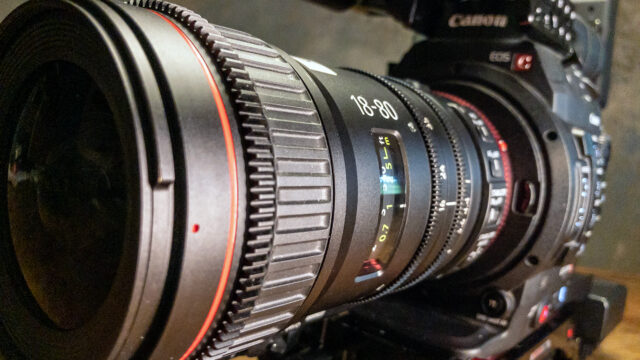 What kind of lens do you prefer? The answer might be hidden between seemingly polar concepts: versatility vs performance, zoom vs prime, cine lens vs photo glass. To be honest, I’m a prime lens person, and I try to shoot on primes as much as possible. That fact doesn’t render zoom lenses useless for me, far from it. If I’m on a one-man-band shoot, a zoom lens can be very helpful indeed, less pain carrying stuff around, more versatility for fast paced shooting.

Today I’m looking at the Canon CN-E 18-80mm T4.4 zoom lens which I’ve been using on several jobs throughout the last three years since its introduction in 2016. The other one, namely the Canon 70-200mm T4.4, I didn’t use that often. As stated above, I mainly use zoom lenses if I’m shooting alone as a one-man-band or with just a very small crew and in these cases, the 18-80mm is a very handy focal range to work with. 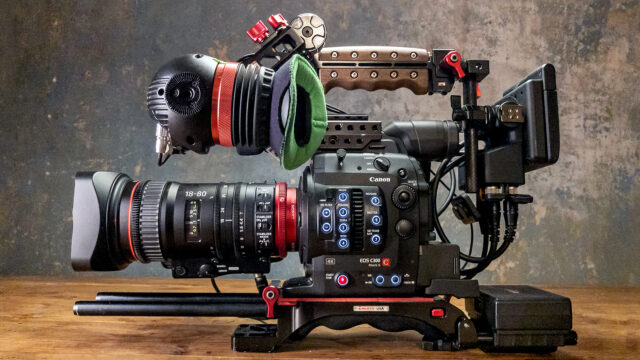 This lens is special in various ways. It feels a bit like a hybrid between Canon’s long standing expertise in photographic lens design and features you find in modern broadcast lenses. But first things first, here comes a list of main features of this lens:

When I first laid hands on this lens more than two years ago, I instantly was surprised how light and compact it actually is. All the “normal” broadcast zooms like the ones from FUJINON are bigger and heavier despite the fact that the Canon CN-E 18-80mm covers APS-C sensors, which the classic broadcast zooms do not since they were designed for 2/3″ broadcast cameras. 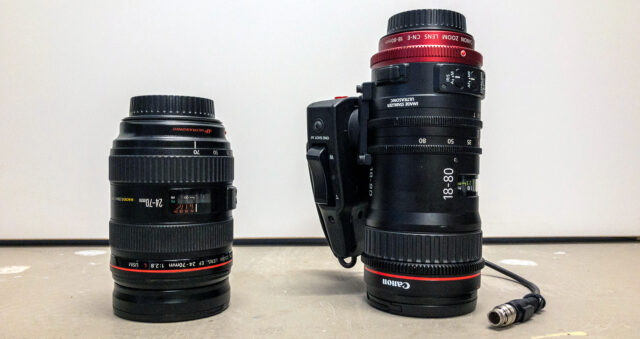 The overall build quality of the Canon is pretty good and on par with their lineup of lenses. The aforementioned compact size is really a plus, and on fast turnaround jobs, I like working lightweight and with as little clutter as possible. The focal range might sound a bit limiting but in reality, I never had a problem with the servo stopping at 80mm. In fact, more than once I had the 70-200mm “bigger brother” with me but I barely needed it. 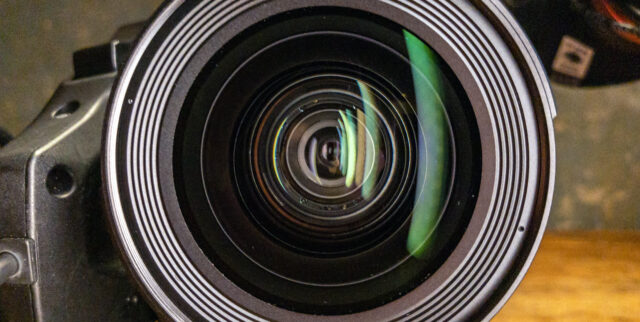 The optical quality of the Canon CN-E 18-80 is pretty solid. (Please bear in mind that this is not a technical test, but my personal impression!) I barely experienced chromatic aberrations, just a little vignetting and virtually no breathing. It is a little bit on the soft side (which I like) and the colors are rendered nice and pleasingly natural. Of course, bokeh is not as soft and creamy as with fast prime lenses but since the Canon covers decently large APS-C sensors, you’ll get nice soft backgrounds when opening up the iris. The minimum focus distance is only 0,5 m which is a pretty good value for a lens with this zoom range and although it lacks a dedicated macro feature, you can get pretty close up on things when shooting on 80mm. 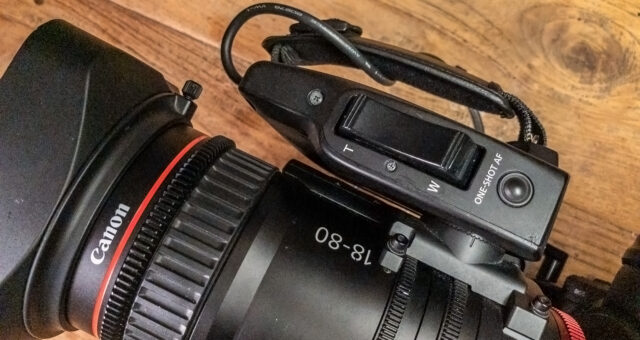 One of the main features is the servo, no doubt about it. This piece of gear transforms the 18-80mm zoom lens into a solo-shooters weapon of choice for doc work. The grip lets you hold your camera in a broadcast way with one hand holding the lens (plus the camera attached) while the other is free for operating the focus barrel. Even if you don’t want to zoom within a shot but use this lens only as a “variable prime” this way of operating the lens is very handy.

The zoom rocker offers a good resistance for your finger in order to pull off a smooth zoom on the first take. The harder you press the faster it zooms. To me, the servo sits between pro grade broadcast zoom lens servos (which are priced accordingly) and entry level zoom controls. More expensive ones offer more steps in order to render an even smoother “zoom curve” than the Canon CN-E 18-80mm is capable of pulling off. So while looong & slooow zooms might not be the flagship feature of the Canon servo it is very capable and I never had any issues on real life shoots with it.

The best thing, and a valid feature for labeling this lens a cine zoom, is the fact that the Canon CN-E 18-80mm hold focus throughout the zoom range, in technical speak the lens is parfocal. Virtually all photo zooms are NOT parfocal, because they were never designed for continuous video work. A photo zoom doesn’t have to be parfocal, just set your desired focal length, (auto-)focus, click. For a video/cine zoom lens, on the other hand, being parfocal is kind of mandatory. Have you ever tried to zoom in with a photo zoom lens in order to check focus? Well, you know what I’m talking about, don’t you?

If you don’t need the zoom servo, you can detach it completely from the lens itself but you’ll need a tool for that. For adjusting the position of the handgrip just loosen a screw, adjust the handgrip and fasten it again. A servo needs power to operate and thankfully there are different options for powering the Canon CN-E 18-80mm: It can draw power from the host camera through the lens mount or – if you use some kind of dumb adapter – you can feed 12V power directly into the lens through a dedicated connector. Powering trough the lens mount works with native EF mount camera such as my Canon C300 mk.II but it also works with Sony cameras (FS7 for example) using a Metabones adapter such as a Speedbooster for example. In that case, the Sony handgrip with build-in zoom rocker is able to control the zoom servo of the lens. Very neat! 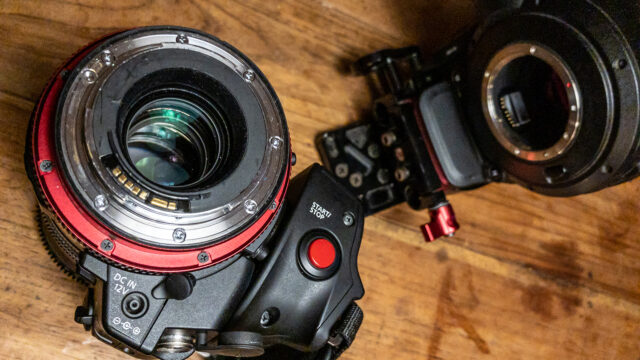 One thing is a bit weird, though. You have to connect the handgrip to the lens itself in order to work and that connector sticks out in a very awkward way indeed. It even gets a bit in the way of your hand holding the grip which is really weird. Zacuto offers an angled extension for solving this problem but it would be nice if such adapters weren’t necessary in the first place.

Photo vs. Broadcast vs. Cine

Speaking of weird design decisions: Canon is labeling this lens as “cinema zoom lens” but the focus barrel lacks hard stops. This is another proof of the best-of-both-worlds concept between photo and cine lenses Canon is working with here. Canon states that they had to drop hard stops on the focus barrel in favor of implementing their dual pixel autofocus system. For me, this is a fair trade as I’m using this lens for solo projects most of the time. But labeling it “cine” which implies things like wireless focus control for example, the lack of hard stops leaves me a bit puzzled, to be honest. 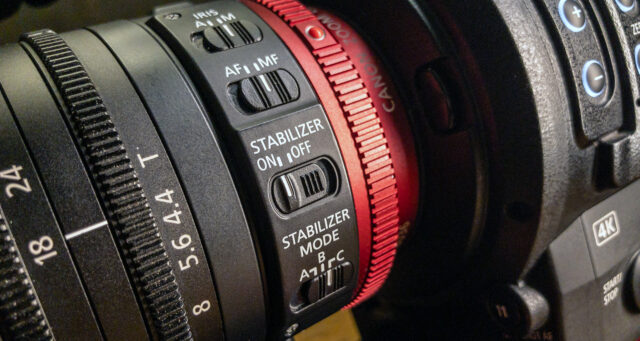 Another feature from the photo world is the optical image stabilization which comes, just as you know it from other Canon photo lenses, in three modes, A, B and C. I am personally not a big fan of this feature since it simply doesn’t look 100% good to my eye. It certainly smoothes out shakes but it does it in a slightly strange and artificial way. I prefer a little camera shake when shooting handheld because that’s the whole point, isn’t it? Leaving the human factor in and not trying to flatten out everything until nothing is left. 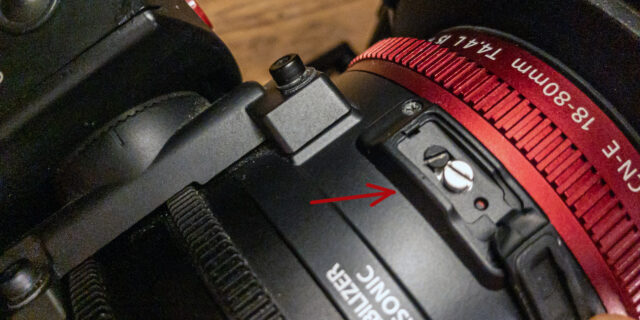 Adjusting the flange back distance.

One feature most broadcast lenses have but virtually all photo lenses lack is the ability to adjust the flange back distance. With it, you can micro-adjust your lens to any given camera body in order to operate at peak performance (read: sharpness). While you won’t use that feature all the time it’s nice to have it so you can tweak the rear lens element in order to work perfectly with any given camera – as long as you can adapt its mount.

I really dig this lens. It’s lightweight, it’s relatively small and compact and it’s very versatile for doc and one-man-band work. You can use it on native EF mount cameras but you also can use it on other cameras, using an adapter (that’s the beauty of the long flange back distance of EF glass). Sure, T4.4 isn’t great but most of the time this isn’t an issue at all. If you’re about to shoot in dark environments you might want to think twice, though, or use a high-ISO camera. A faster aperture would have resulted in a much more heavy and bulky (and certainly more expensive) lens. It’s about balance here, I think. The zoom grip is great and it enables you to operate your camera very ergonomically over extended periods of time. 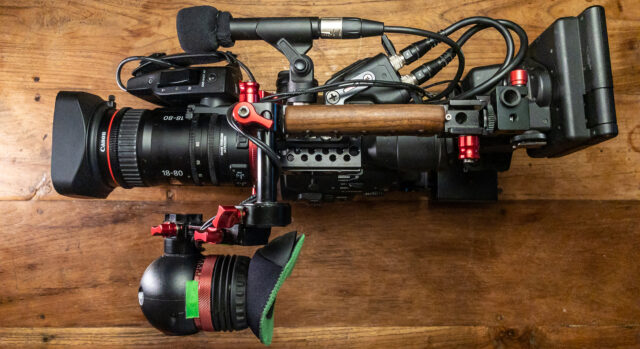 If you are on the lookout for a one-does-it-all lens for your kit, the Canon CN-E 18-80mm might be your guy. To wrap it up, you can watch a short piece I shot with the camera/lens setup displayed above: It’s a review of a high-end Hi-Fi active speaker system but since we’re talking about optics, only the image counts this time around. However, if you are eager for more: head over to John Darko’s YouTube Channel here.

What do you think? Do you have any experiences, good or bad, with this lens? Let us know in the comments below!