The Canon EOS-1D X Mark II may be a flagship stills camera, but it also has some very decent video capabilities, such as 4k up to 60fps, 1080p up to 120fps and dual pixel autofocus. How good is it when it comes to shooting with it? I had to give it a try and conclude my own opinion. (Make sure to read Johnnie’s initial hands-on and Sebastian’s lab test, too)! 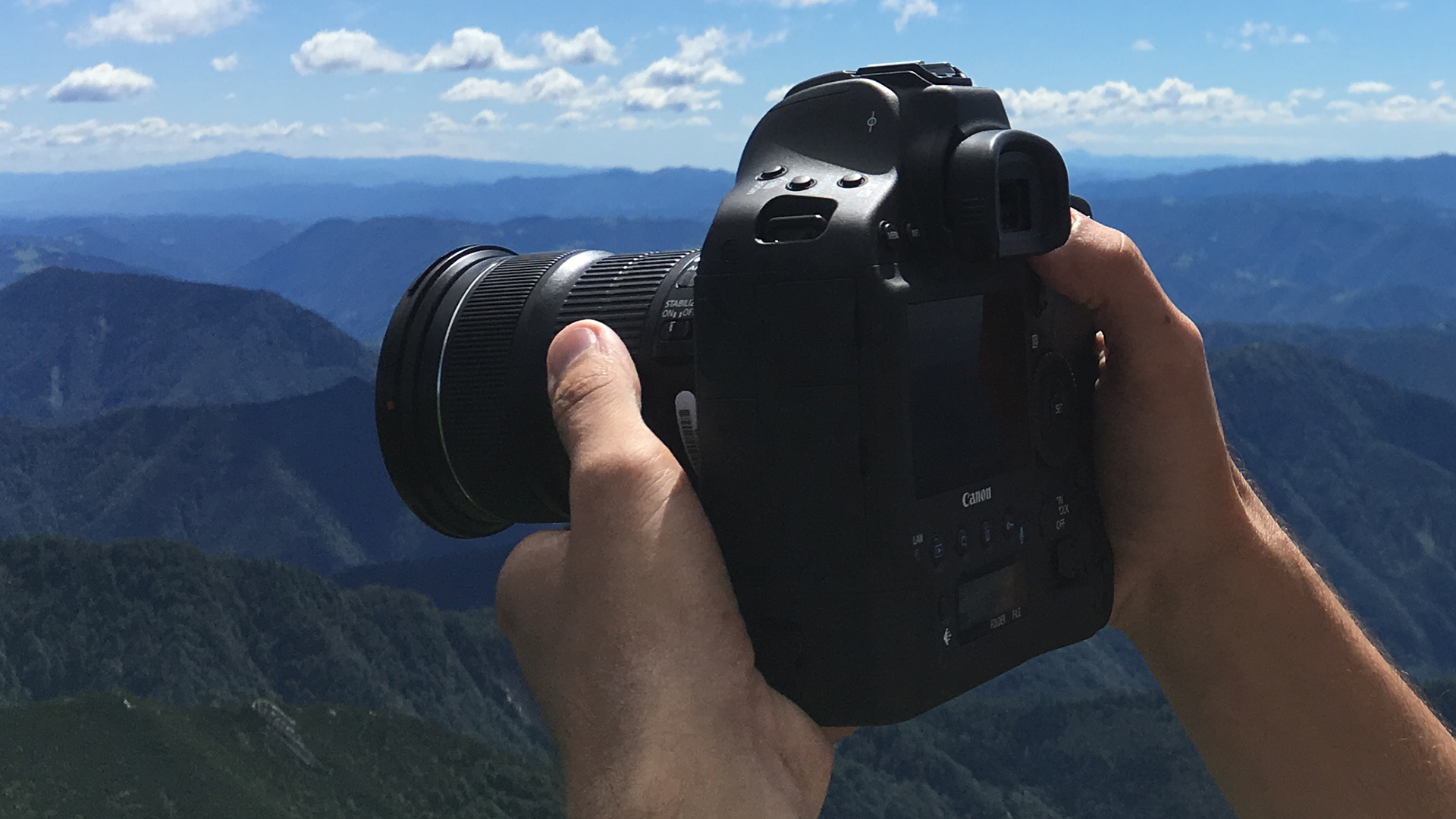 Canon was kind enough to provide me with their flagship photography DSLR camera, the Canon EOS-1D X Mark II, for a trip to the Balkans. Although earlier vacation plans had vaporised due to work and personal reasons, this last-minute spontaneous trip somehow managed to work out, as did the delivery of the camera. It came in a rather modest setup, and since I didn’t have the CFast card or a fast CF card necessary for shooting 4K, I was limited to Full HD for this trip, but that was OK. In terms of usability and workflow, this was the better choice anyway.

So in total, my whole kit added up to:

I must admit, this initial situation was a little odd, but I was willing to rise up to the challenge. Actually, just to see what would happen, I restricted the rules of the game even further: 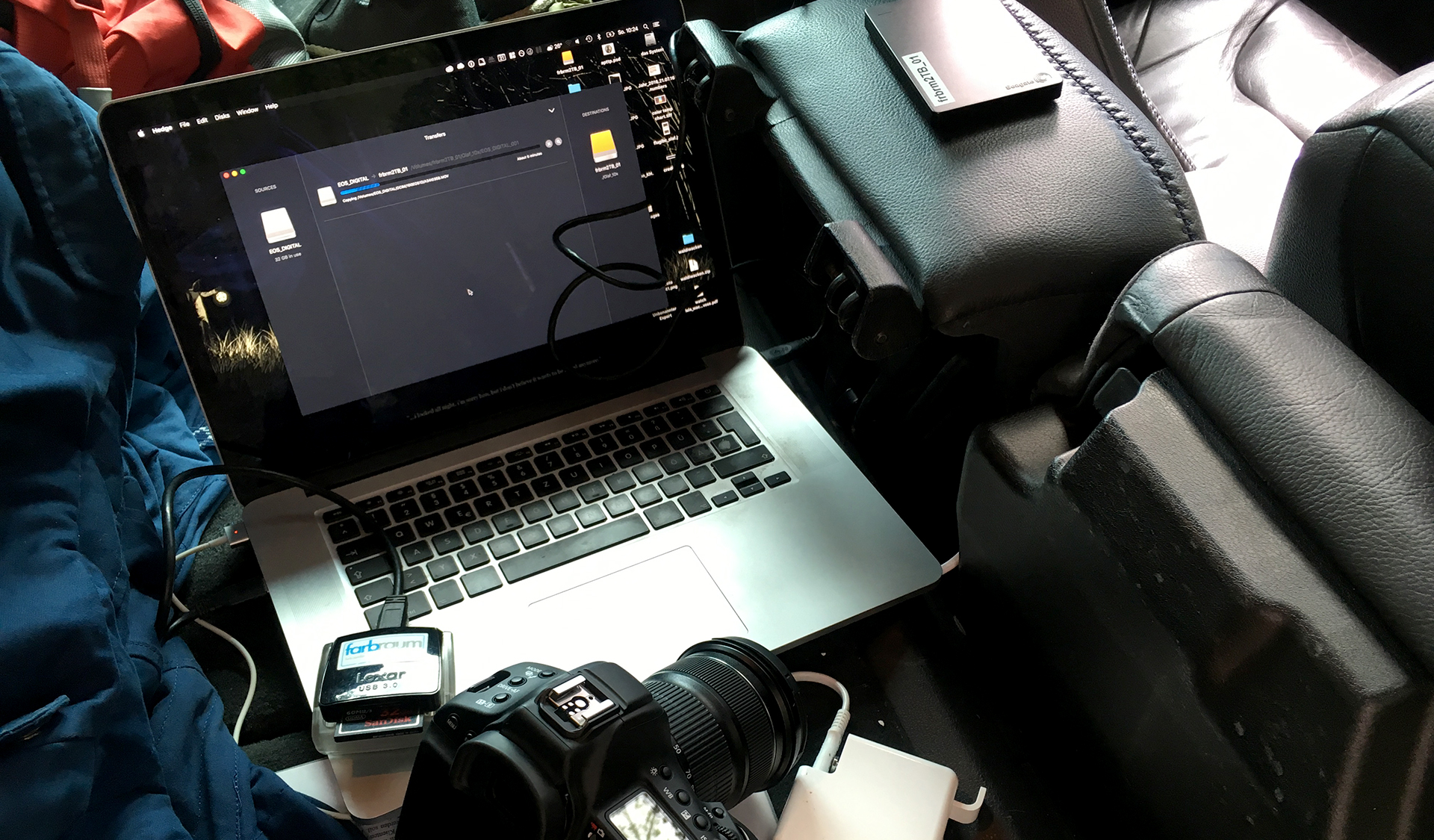 my humble DIT station in the back of the car.

In order to add a cinematic touch, I added a 1:1.35 mask to the edit. The piece was graded with just a little Lumetri tweaking in Adobe Premiere Pro, nothing else. Keep it simple, remember? Canon’s color science does a really nice job out of the box already. In terms of camera settings, everything was shot in the “neutral” profile.

The route we planned involved 6 countries and about 4600km (2.860 miles) by car. We went from Berlin (Germany) to Lubjilana (Slovenia) via Austria, and then further south through Croatia until we finally reached Montenegro. The 6th and last country in that list was Bosnia-Herzegovina on our way back.

If you ever have the chance to shoot some stills with this beast, do yourself a favor and switch to continuous mode. Its DSLR-style mirror really sounds like a machine gun at 15 stills per second! Clearly, this camera is made for still photography professionals who demand guaranteed performance in any situation. But the Canon 1D X Mark II has more to offer than just stills. It is capable of shooting 4K resolution up to 60 (59,94) fps and 1080p at up to 120fps. 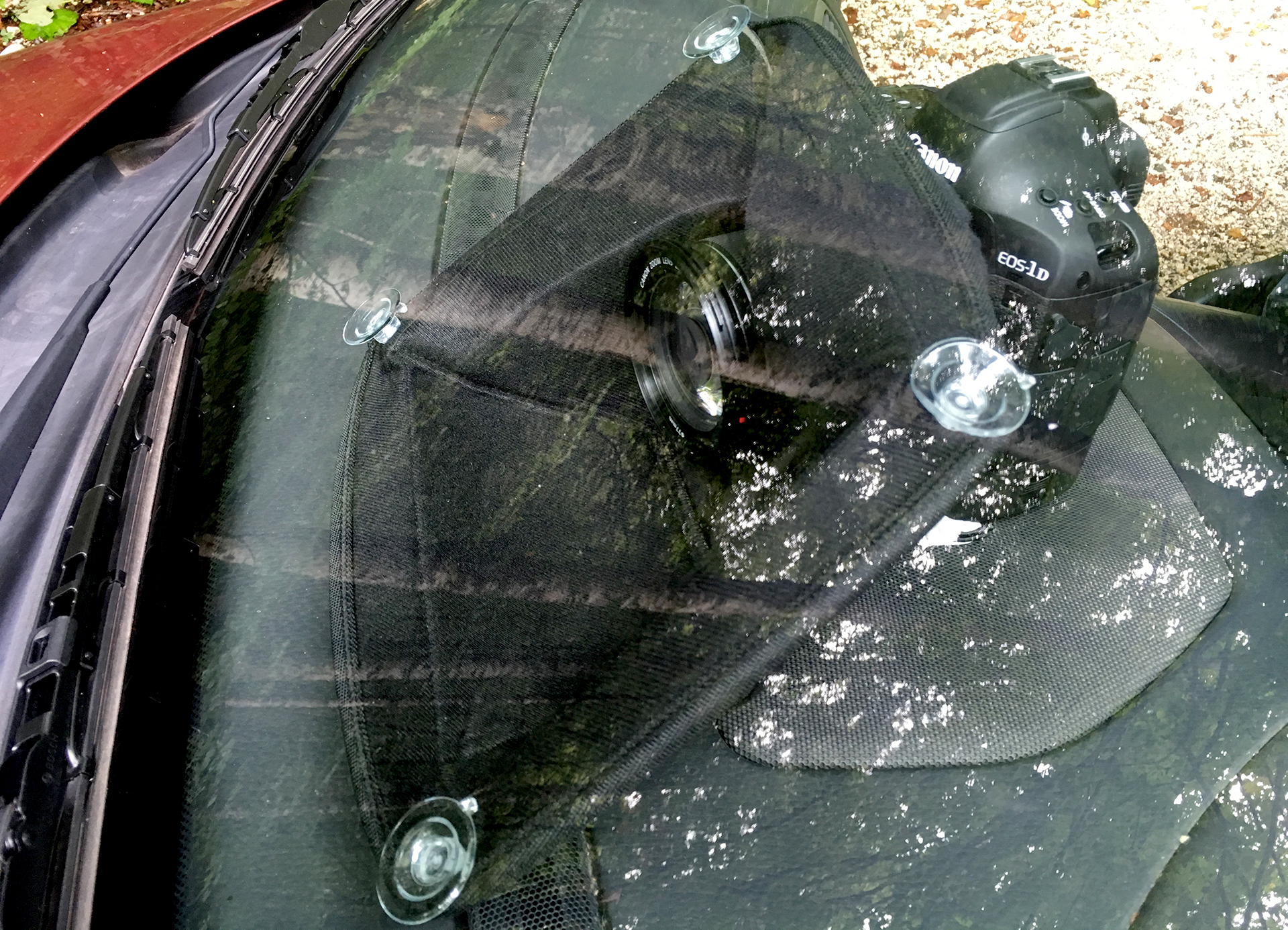 The secret weapon! The LensSkirt helps to get rid of (most of) the windshield reflections.

As my aim was to put the camera to the test, I only did the framing and let the camera do everything else. I think this could be a realistic work scenario for cameras like these. The form factor, which has evolved over many years for the purpose of still photography, is obviously not ideal for capturing moving images. But if you happen to be a pro photographer and own this camera, it’s nice to have the ability of shooting decent video as well.

Here is a summary of my findings while working with the  Canon EOS-1D X Mark II:

Pros: (in no particular order)

Cons: (in no particular order) 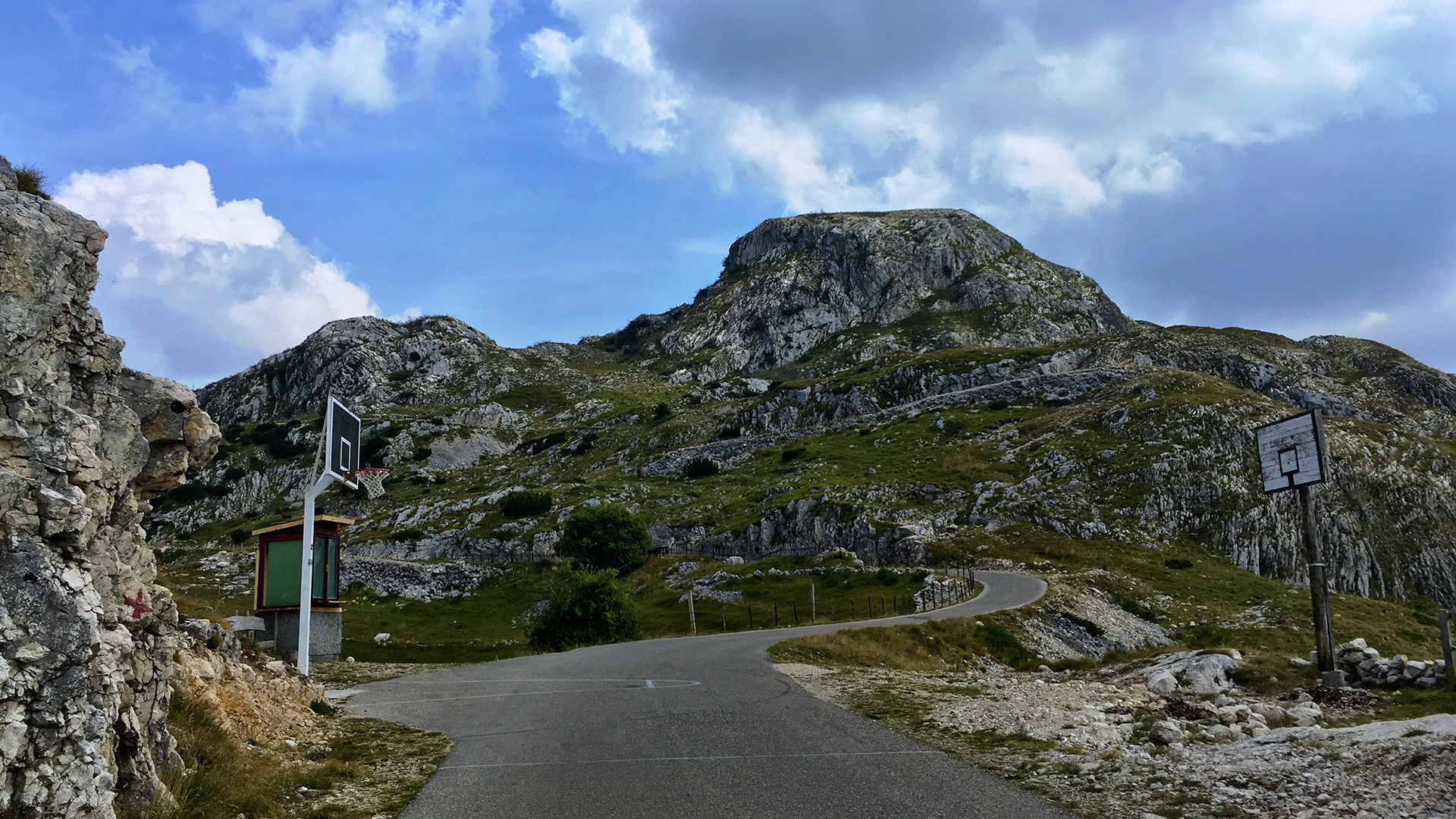 The Canon EOS-1D X Mark II is certainly not a movie making machine. It is a genuine professional still photographer’s working tool, but it does the job when it comes to capturing some b-roll or shooting a behind the scenes while out on a job, for example. The autofocus in particular was really a pleasure to work with. If I had to choose, though, I wouldn’t use this as an A cam for my video related work since this camera lacks most of the functions I’m used to relying on like focus peaking, ND filters, a dedicated viewfinder, a high quality codec and C-log.

Although again, it CAN get the job done, and quite well at that! At the end of the day, it was more than enough for my trip as I wouldn’t have brought a full sized video camera up these mountains anyway. There are other cameras out there, of course, to which the same would also apply. But this one has autofocus capabilities that work like a charm, and I hope we’ll see more and more cameras in the coming years with this feature built in!