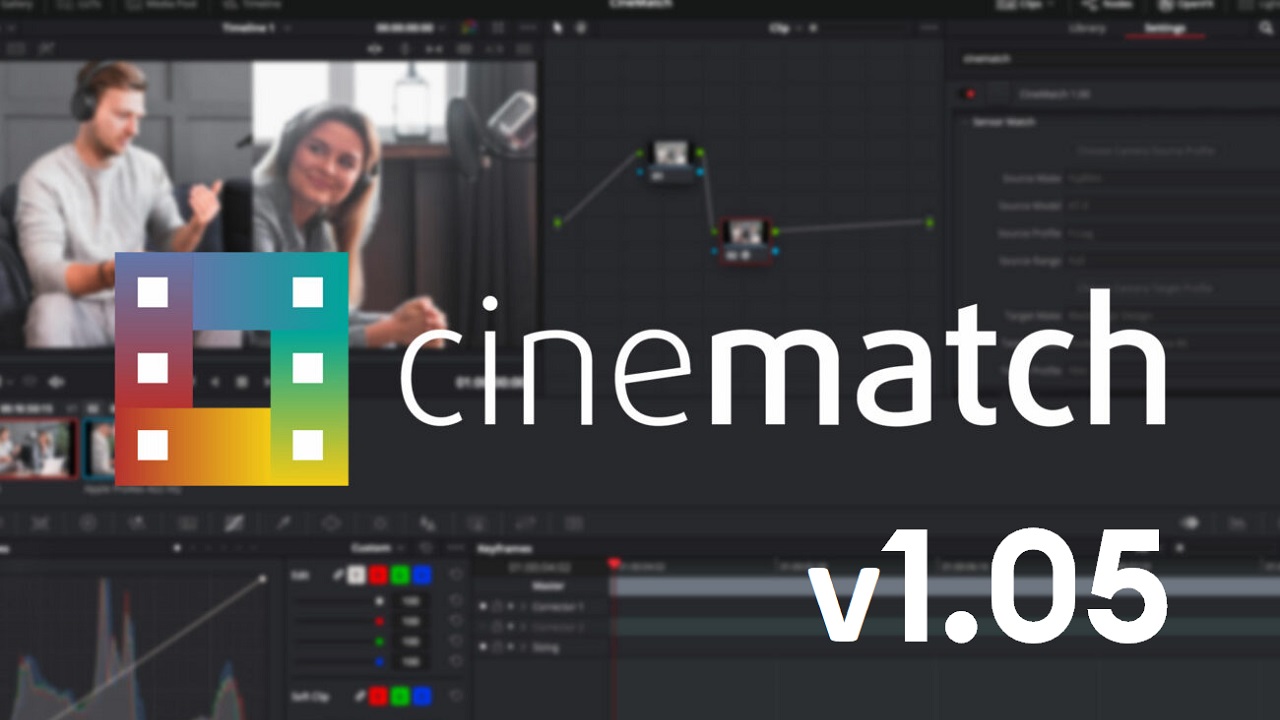 The camera matching plugin CineMatch just got an update v1.05 that adds standard controls with numeric input for Premiere Pro and LUT export option. The plugin is currently available for Adobe Premiere Pro and DaVinci Resolve for $199.

When working on a multi-camera project, matching colors in images from different cameras is a time-consuming task. FilmConvert has been providing camera-specific LUTs for quite some time and these could somewhat help during that process. Since 2017, however, the team behind FilmConvert has been developing CineMatch – a plugin for NLEs specifically designed to simplify color matching different cameras.

In October 2020, we interviewed the CineMatch creators to get more information about the plugin. Since then, CineMatch received a v1.04 update at the end of February 2021. Now, there is yet another update – v1.05. Let’s see what is new.

The release notes of the new update state the following improvements:

It is worth noting that the CineMatch team does not recommend upgrading if you’re in the middle of a critical project as the new update will overwrite any previously installed version.

CineMatch supports the most popular cameras and the team always adds newly released cameras within a relatively short time. The list of currently supported cameras can be found here.

As I mentioned previously, the CineMatch plugin is currently available for Adobe Premiere and DaVinci Resolve across both Windows and macOS platforms. The version for Apple’s Final Cut Pro X is in development. It seems that outside these three apps, no other NLE is currently planned to support CineMatch in the near future.

The full price is $259 per plugin and $389 for a bundle with both versions. CineMatch, however, now offers 20% off, so one plugin will set you back $199 and the bundle for both Premiere and Resolve $299. There is also a free trial.

Do you use CineMatch for your post-production work? How do you like it? Let us know in the comments section underneath the article.