At NAB we took a closer look at the new Sound Devices MixPre-3 and MixPre-6 audio recorders that double as a usb-interface and bring pro audio to DSLR shooters. The MixPre Series in fact is Sound Devices’ first foray into the DSLR market. Small camera manufacturers tend to treat audio as a bit of an afterthought, but the MixPre promises to solve that with 8 tracks, WAV Poly format recording, high-quality preamps and a maximum sampling rate of 192kHz (MixPre-6). All the details and a full spec comparison below.

We originally reported on this announcement just before NAB, but thought we would visit the folks over at the Sound Devices booth to take a closer look at their new MixPre Series.

Designed with small cameras such as the Panasonic GH5 or Sony a7S II in mind, both the Sound Devices MixPre-3 and Sound Devices MixPre-6 have Class-A mic preamps created by Sound Devices engineers. You can also feed timecode using the 3.5mm Aux/Mic in port, making it useful for professional productions where multiple cameras are in play. 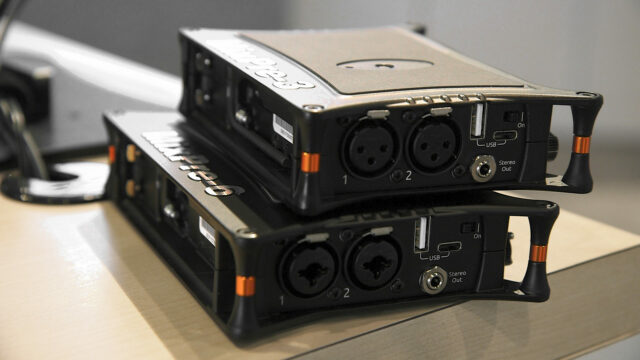 Here is the intro video to the Sound Devices MixPre series:

The Sound Devices MixPre-6 is the larger of the two and features 6 inputs/8 tracks that can record to SD, SDHC or SDXC cards in WAV Poly. The base model (MixPre-3) has 3 inputs/5 tracks and a maximum sampling rate of 96kHZ, versus 192kHz for the larger model.

You can power the Sound Devices MixPre series audio recorders a variety of ways: directly from a wall, AAs, via USB, or via a Sony L-Series lithium ion battery. Both models can accept a sled for either 4 or 8 AAs (not included), giving you numerous options when it comes to powering the devices. 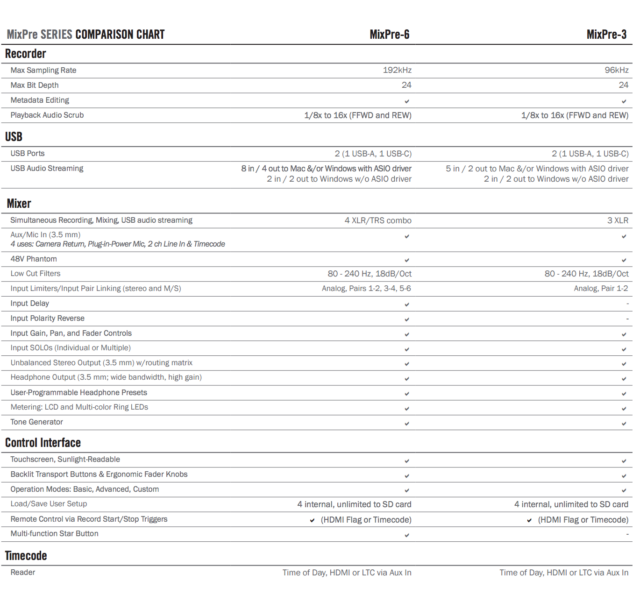 What do you think? Will the MixPre Series find its way into your kit for your next DSLR production? Let us know below!