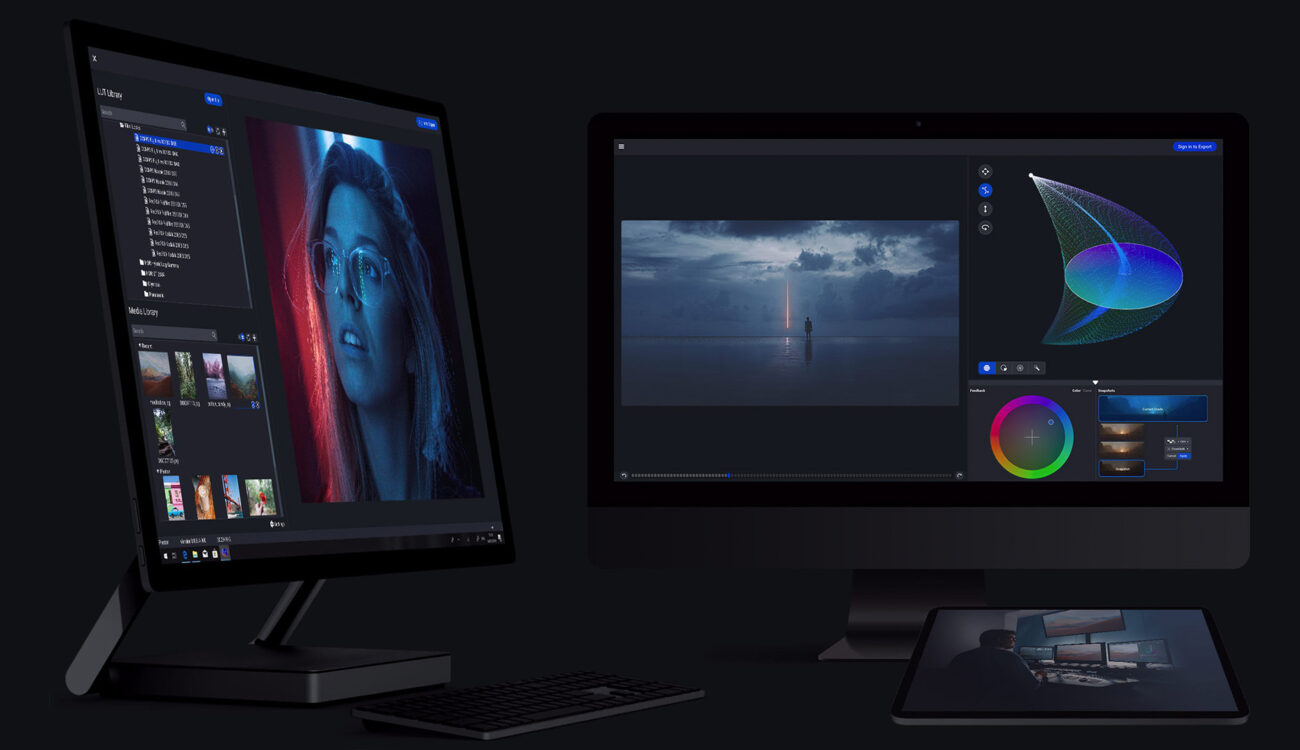 Color.io Photon is available for macOS 10.13 High Sierra (or later) and Windows 10 (standalone) and is also usable in conjunction with Blackmagic DaVinci Resolve. Future integration with other environments such as Adobe, Apple Final Cut, or Avid ecosystem seems likely and desirable due to extensive user bases around their products. Nonesuch integration plans have been announced, though, as of this writing.

Taking a closer look at the software, it becomes pretty clear that the product intends to reach cinematographers to implement their vision with colorists (amateurs & experts) in post-production. The software also targets artists, creatives, photographers, and other job descriptions within the film industry or post-production.

The software’s central concept is to provide users with an interface to interact with, take complete control of, and manipulate color in three dimensions in an intuitive, simple, visual, tangible, and straightforward way.

In the beginning, we wanted to create a (…) complete visualization of the color space for gamut referencing, like an enhanced vectorscope, but one that also shows luminance distribution and can be inspected from all angles like a real 3D object.

He then goes on to illustrate how the team came up with their unique new three-dimensional approach to interact with colors:

The real work began when we started to make this 3D color object interactive. The idea was – sure[,] it’s helpful to inspect colors with reference tools[,] but wouldn’t it be even better if we could just grab colors right in our 3D vectorscope and push them around?

The whole creative journey has taken the team almost six years to develop. The consecutive steps included researching the topic, planning, organizing, developing the software, and substantiating the reliability with beta-testing ahead of its publication.

Now the product is available, and the team invites and encourages professionals worldwide to share their opinions, thoughts, insights and evaluate the development on their own.

Therefore, the developers created the Color.io hub as a gateway to interact with their users, receive bug information, discuss upcoming features and changes, and share ideas.

Users can edit colors in Photon by intuitively setting color ranges in three dimensions and manipulating or altering selected clusters with pointing, clicking, and dragging in space. The software offers several mouse tools to control, form, and modify the 3D object and the preview picture, thereby altering the look and colors.

One of the most exciting new possibilities with Photon is that you can visualize and edit existing LUTs. You can remove artifacts from LUTs with spatial smoothing and manipulate pretty much any color characteristic visually. So if you have a LUT that you really like[,] but you want to adjust it for a specific use case, you can do just that really easily with Photon.

All-in-all, Color.io Photon is a creative and multifaceted toolbox for color grading and adjustments. It comes with a library that immediately enables imports for LUT files available through software already installed on the user’s Windows or macOS device. LUTs derived from Adobe Premiere Pro, Adobe Photoshop, and Blackmagic Design DaVinci Resolve are currently available for import to Photon.

Aside from many other functions, the software also offers a visualized timeline that empowers the user to travel through their previous actions and manipulations throughout the entire editing process. The option to also create 3D snapshots rounds off the range of software functions.

Color.io is a joint effort by LIT Labs and VisionColor.

Interested users may check out the free trial of Color.io Photon or buy the Basic or Pro versions at directly from their website. Existing basic users can upgrade to Pro any time.

What do you think about this approach to work with LUTs and colors? Have you tested the free demo version already? Which features do you value the most, and what functions are missing in your opinion? Which other tools do you use to create or manipulate your LUTs? Let us know in the comment section below!