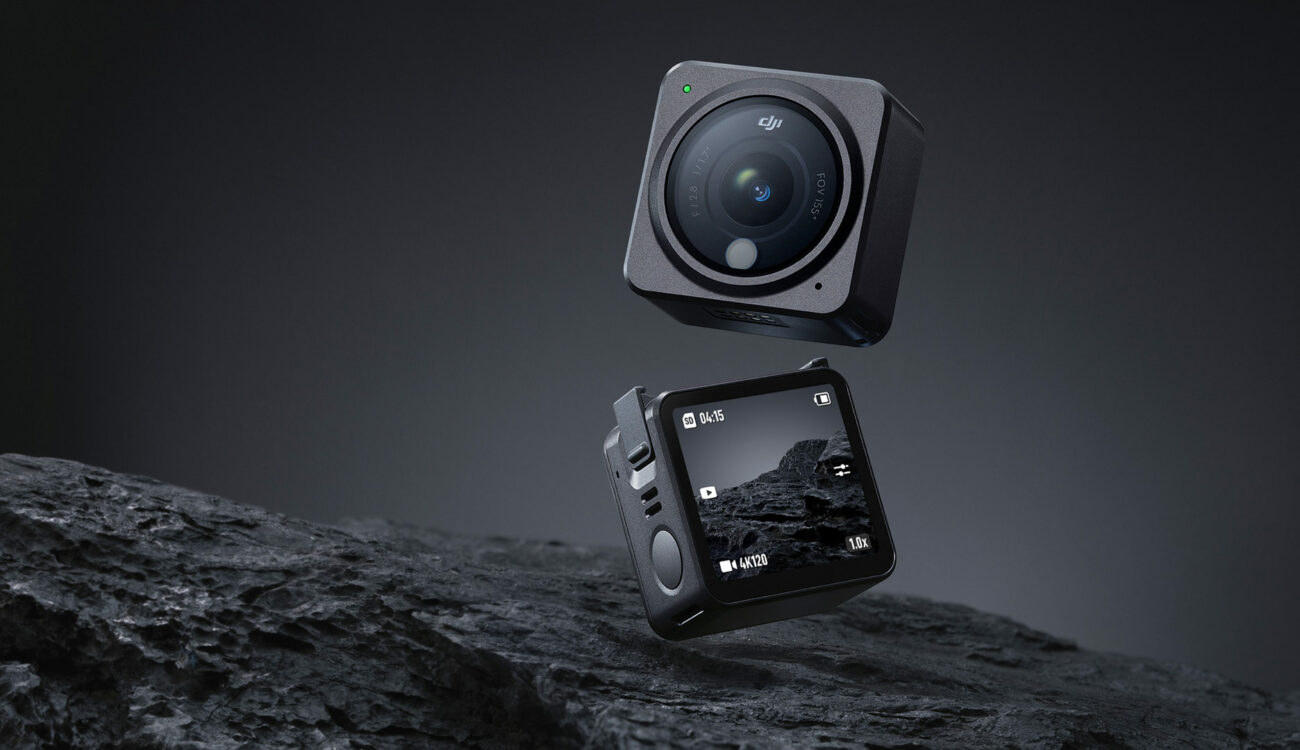 DJI Action 2 is a new tiny modular action camera that offers an ultra-wide-angle lens, waterproof design, rugged aluminum body, magnetic accessories and modules, and OLED touchscreen. It can record 4K 4:3 video in up to 60fps or 4K UHD in up to 120fps in H.265. The camera comes in different configurations and offers a whole ecosystem of add-ons and accessories. The price starts at $399.

For years, the action camera market has been dominated by one US-based company: GoPro. Other companies, such as Sony, have tried to get a market share but eventually gave up. I would say the two strongest contenders for GoPro, are currently the two Chinese companies – Insta360 and DJI. When it comes to DJI, the company released its first action camera, the DJI Osmo Action, back in May 2019 (you can take a look at our review and a comparison with the GoPro HERO7). The Osmo Action was a nice product that matched the quality of the GoPro HERO7 in many ways, but since the California-based company releases a new action camera every year, it is now already kind of outdated. Well, today is the day DJI releases its successor – DJI Action 2. I was able to test the camera for more than a week, so I encourage you to read and watch my review in my other article here. Spoiler alert – the camera is very impressive. Now let’s take a look at its specs and features.

DJI Action 2 looks nothing like the previous Osmo Action. The camera itself is much smaller and it features a magnetic modular design, so you can add various accessories to enhance its functionality. Apart from the camera unit, DJI Action 2 comprises various modules – the front touchscreen module, power module, and various mounting peripherals – which can be interchanged.

The camera module only weighs 56 grams and its dimensions are 4x4x2.2cm. It has a built-in battery and a built-in 32GB storage. The body is dustproof, waterproof up to 10m depth, and drop-proof. The aluminum chassis feels really robust and premium and it acts as a heatsink for the internals. The camera has a 1.76-inch OLED touchscreen at the back which is protected with Gorilla Glass. The same screen is used on the front touchscreen module.

For Action 2, DJI used a 1/1.7″ sensor – the same size as the DJI Pocket 2 sensor. This is larger than most other action cameras, such as the GoPro HERO 10 that has a 1/2.3″ sensor. The lens is wider than the previous Osmo Action – it offers 155-degrees FOV. A newly implemented color temperature sensor helps the camera restore color tones in complex lighting conditions and underwater recording for more natural results.

The camera uses DJI’s RockSteady 2.0 electronic image stabilization and newly also a HorizonSteady for even more stable and leveled shots. According to DJI, the built-in battery has a runtime of up to 70 minutes. The front touchscreen module expands this to up to 160 minutes, and the connected power module expends the runtime to 180 minutes.

Using Action 2 with the front touchscreen module also incorporates DJI Matrix Stereo technology seen in DJI Pocket 2. The single microphone from the camera unit combines with the three microphones from the module to record audio from every direction. The SnapShot feature allows users to start filming instantly by holding the power button down.

Like every product from DJI, the Action 2 is also packed with a variety of automated features:

DJI Mimo app connects with the Action 2 via Wi-Fi or Bluetooth for more functionality, including a live feed of the camera, various story templates, and more. For users short on time or new to content creation, Mimo includes an intuitive editor, which automatically selects and combines recorded moments with transitions and music, creating videos for social media.

As I mentioned above, DJI has a whole ecosystem of add-on modules for Action 2. They use magnets and some of them also have special side locks to hold the resulting combo together securely. DJI offers the following accessories:

For even better audio with the Action 2 (or any other device with a 3.5mm audio or USB-C input), DJI introduces the DJI Mic. It is a wireless dual-channel recording system, much like the Wireless GO II from RØDE.

DJI Mic has a recording range of up to 250 meters and is compatible with Action 2, smartphones, and any device that has a 3.5mm audio input. It offers 5.5 to 7.5 hours of battery life from the transmitters, 5 hours from the receiver, and 15 to 18 hours from the charging case.

All other accessories will be sold separately.

What do you think about the new Action 2? Do you have experience with the Osmo Action or the new GoPro HERO 10? Let us know your thoughts in the comments section underneath the article.