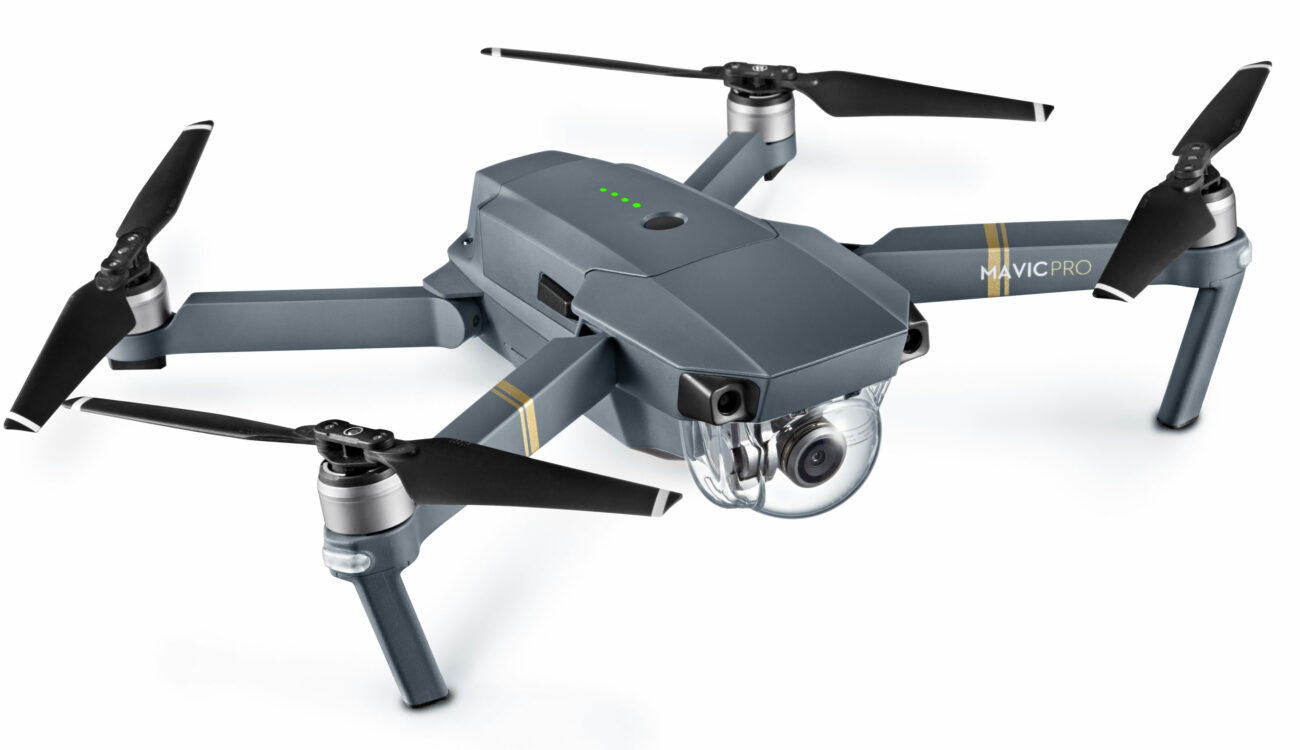 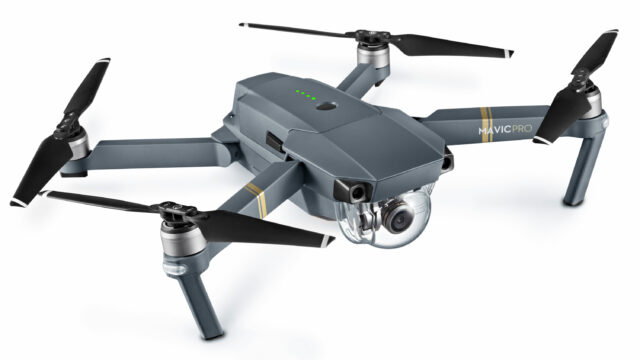 Leading drone manufacturer DJI just pushed the aerial market to the next level once again. The new DJI Mavic Pro is their first compact drone that folds away to fit inside a standard-sized backpack, and it looks amazing.

Just last week  GoPro announced what seemed like their greatest achievement in product design yet: Their GoPro Karma Drone is foldable, compact and incorporates their new GoPro HERO 5 camera. But today, the Karma already looks a little obsolete as the DJI Mavic Pro rises to the challenge. Read all about the new DJI Mavic here.

Be among the first to try the DJI Mavic. It is available for pre-order now.
EU Pre-Order at CVP: LINK 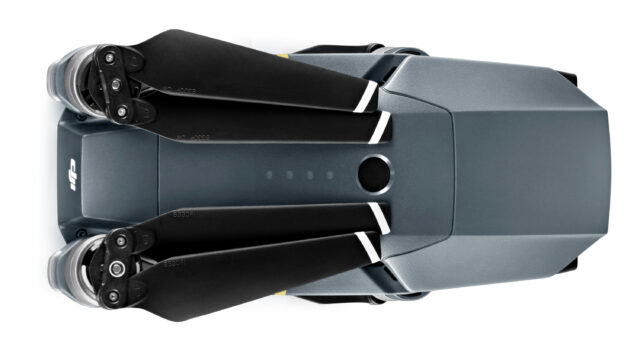 There had been rumours about a new compact drone by DJI for a while, but now the DJI Mavic Pro is real. In short, DJI put their experience and technology with unmanned aerial vehicles into a sleek, foldable package that opens up new possibilities for videographers and drone enthusiasts wherever they go.

At a first glance, the strength of the DJI Mavic Pro is already apparent: this drone features an impressive design that takes “folding away” to the next level. The package has the size of a water bottle, with four folding arms and propellers tucked snugly against its body. In fact, all elements of the drone are protected, as even the camera and gimbal are surrounded by a transparent cone, so it can certainly be tossed into a bag to be launched quickly whenever the time and place are right. 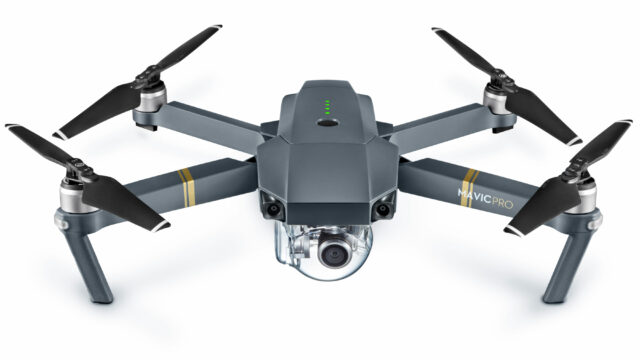 DJI has spent a decade making it easier for anyone to fly, and by rethinking everything about how a drone looks, we have created an entirely new type of aerial platform for anyone to explore their creativity,” – Frank Wang, CEO and founder of DJI

In comparison to the GoPro Karma, the DJI Mavic Pro is a lot more compact and doesn’t need a special case like its competitor:

The DJI Mavic Drone can be controlled from a smartphone, or from the dedicated new remote controller. According to DJI, it can be set up and ready to fly in less than a minute after calibration. The controller features control sticks that provide tactile feedback to warn the user about obstacles. The Mavic remote controller has its own screen, but can also be mounted together with a smartphone to provide a better viewing experience. 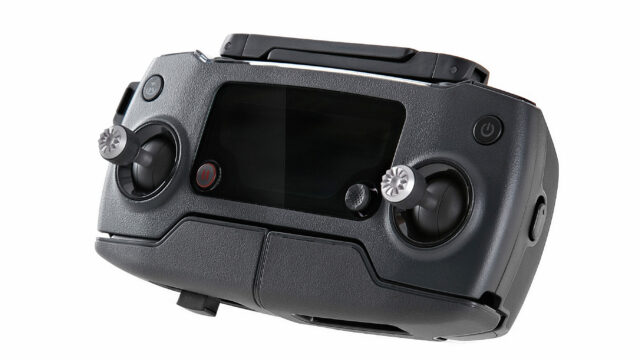 The controller is compact and unfolds just like the drone itself. 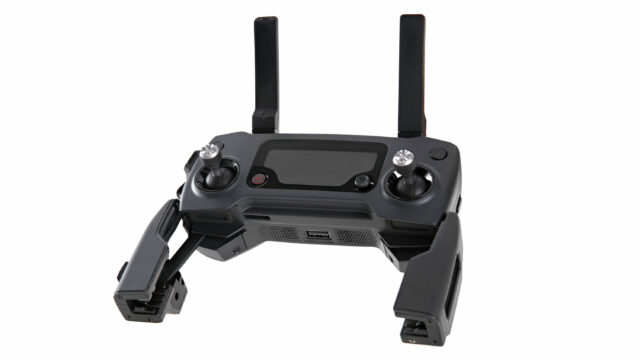 Full of Sensors and Aware of its Surroundings

With the introduction of the DJI Phantom 4 in March of this year, DJI also introduced spacial awareness into their drones for the first time. The same technology is also packed into the small DJI Mavic Pro. It features obstacle avoidance and a new Flight Autonomy guidance system, which combines dual-band satellite navigation, redundant sensors, ultrasonic range finders, five vision-positioning cameras and deep learning processors for intelligent flying modes. 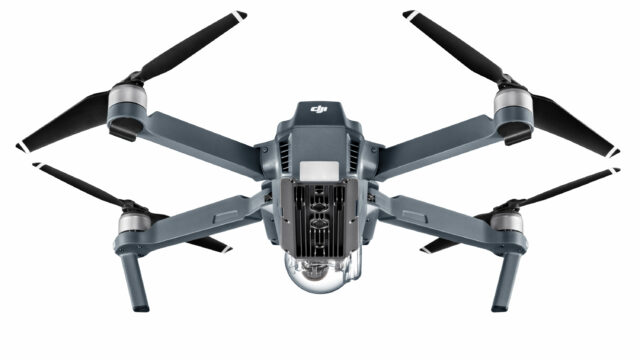 DJI’s Active Track recognizes common subjects such as people, cars, bicyclists, boats or animals, and then sends Mavic Pro to follow behind, lead in front, track alongside or even circle the subject. You can also keep the camera focused on the subject while controlling Mavic Pro’s movements. There is also a new Terrain Follow mode to race up a slope behind a subject while remaining at a constant height between 1 ft (0.3 m) to 33 ft (10 m).

It also uses downward-facing sensors and barometric readings to detect a rising slope on the ground beneath the drone and automatically move it to a safer height.

Of course, the DJI Mavic Pro also includes a three-axis gimbal for shake-free video and aerial photography. This system is the smallest DJI has built so far, and features a camera that shoots 4K video at 30 fps and 1080p HD video at 96 fps, with a minimum focusing distance of just 19 in (0.5 m). The new minimum focus distance is great, as this has been a problem with previous DJI drones and especially the DJI Osmo. 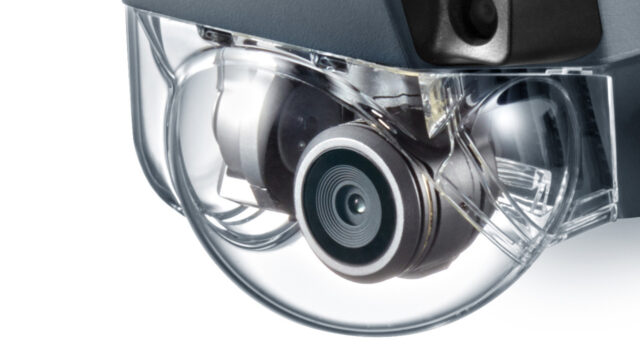 The 12-megapixel camera shoots photos in the Adobe DNG RAW and can be flipped 90 degrees to a new portrait mode to shoot vertical photos. [UPDATE:] According to early user reports, the 4K camera found on the DJI Mavic offers a little less resolution than the DJI Phantom 4. Considering the new drone has half price, weight and size of the Phantom 4, the mediocre image quality will probably be an acceptable downside for most consumers, but might be a less positive aspect for those looking for a more professional look.

DJI is also introducing a new OcuSync encrypted transmission system that has a range up to 4.3 miles (7 km) and can reach 1080p video resolution for live streaming to Facebook Live, Periscope and YouTube through the DJI GO app.

The drone can fly up to 27 minutes on one Intelligent Flight Battery, which is similar to the flying time of the DJI Phantom 4, but 7 minutes longer than the GoPro Karma.

Other Features of the DJI Mavic Pro

Mavic Pro’s Sport Mode allows speeds of up to 40 mph (64.8 km/h). There is also a new Tripod Mode that drops Mavic Pro’s maximum speed to just 2.2 mph (3.6 km/h) and reduces the sensitivity of the control inputs, to allow precision positioning for photography as well as to make it easier to fly indoors or in other confined spaces.

The DJI Mavic Pro also pairs with new DJI Goggles, displaying a 90-degree view from the drone in 1080p for a true bird’s-eye view. The goggles use OcuSync to display video directly from Mavic Pro, not the controller, reducing lag to 120 milliseconds. You can direct Mavic Pro through the sky while wearing the goggles – looking down will tilt the camera down, while looking left or right will change the direction of flight.

Mavic Pro is available for pre-order now for $1199. It will begin shipping in mid-October.