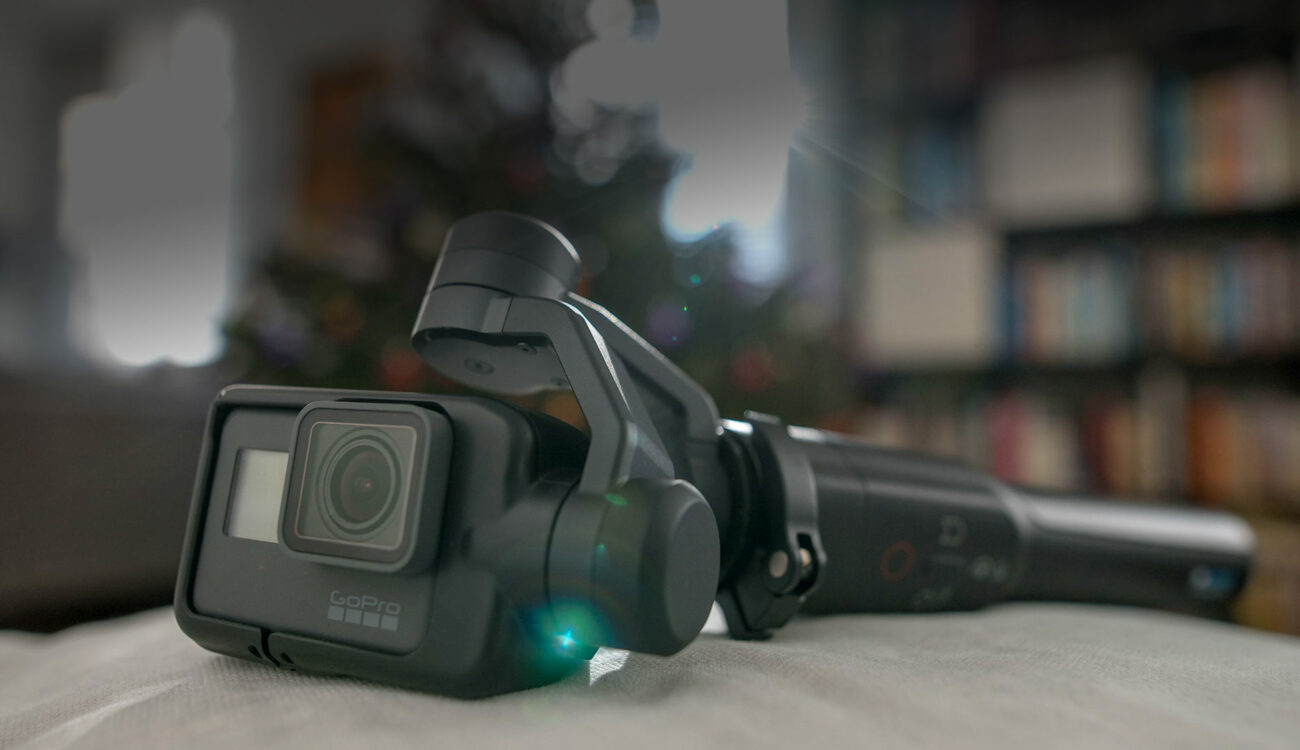 I have been using GoPro cameras since the generation 2, and owned the Hero 3 and Hero 4 cameras (see my review here on cinema5d of the Hero 4 Black and how to get the best quality out of it). I love the fact that those tiny cams can be mounted virtually everywhere, allowing new and unusual perspectives. However, stabilisation has always been an issue for me. Read on for part 1 of my review of the GoPro Karma Grip. 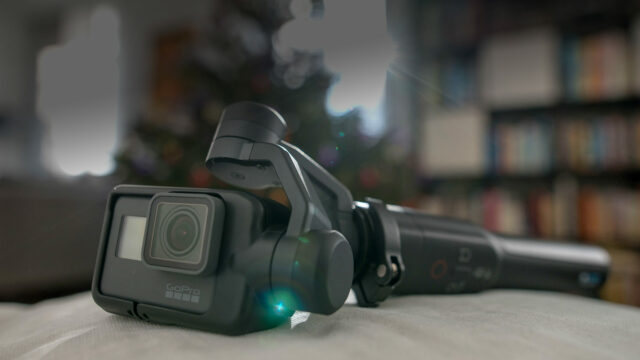 Despite their surprisingly good video image and frame rate capabilities in relation to size, I was always sort of frustrated when reviewing my GoPro footage after a mountain biking or skiing trip. Most of it was unusable, with just a very tiny percentage proving OK to be processed further in post e.g. using warp stabilizer in Premiere Pro. As a result, I have been watching the development of electronic gimbals for GoPro cameras closely, although online reviews of the Chinese gimbals available so far were not very encouraging.

This changed when GoPro announced their Karma Grip in late 2016 (sold separately to the Karma Drone) – an electronic gimbal from GoPro themselves that seamlessly integrates with GoPro Hero 4, 5 and Session cameras, and includes controls for power on/off and recording start/stop – that sounded great to me!

At the same time, the Removu S1 splashproof GoPro Gimbal was announced, offering a wealth of additional features in comparison to the Karma Grip. (Here’s Nino’s recent review of the Removu S1 gimbal.) But which one to buy? They are about the same in terms of price… 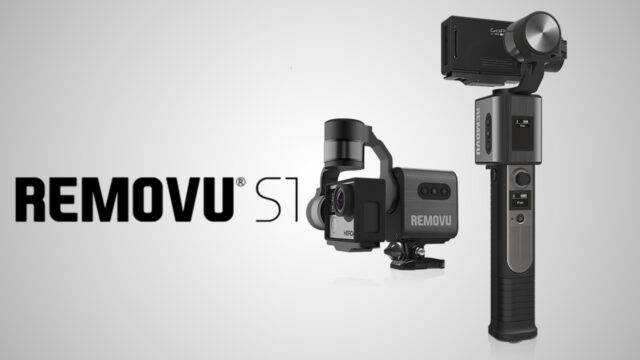 In the end, I decided for the Karma Grip and pulled the trigger. I sold all my old GoPro cameras and purchased a Hero 5 Black to go along with it. It turned out to be a very good decision, but more on that later.

For me, the best test is always to head out with my mountain bike and my dog. I had the idea of doing a dog POV shot, as having my dog running around like a madman would be the best way of putting any stabilization device through its paces… You can follow my dog around for a day and see the results of attaching the Karma Grip to a GoPro dog chest mount in the video below:

Quite amazingly, the Karma Grip does a fantastic job of stabilizing the footage. However, I would not recommend this particular setup, as dogs tend to not care at all about having high-tech devices strapped to them and sticking out to the side when running through the forest. Hence, the limited amount of test shots in this video.

I shot this mostly at 60p, simply because I lacked ND filters for the Hero 5 Black. The alternative would have meant a much higher shutter speed in bright sunlight, resulting in a more “choppy” look that isn’t as smooth. Unfortunately, Vimeo doesn’t handle the compression of 6op footage well at all, so I strongly recommend heading over to the Vimeo page of the video and downloading the original video to watch it in much better quality!

Also, I took my dog for a spin on the mountain bike later, where it was my turn to use the GoPro chest mount. You can see the results in the second half of the film above.

All in all, the Karma Grip is amazing – the stabilization actually works so well that racing at high speed through the forest looks like a piece of cake. I might even need to apply some shakiness in post to my footage from now on! 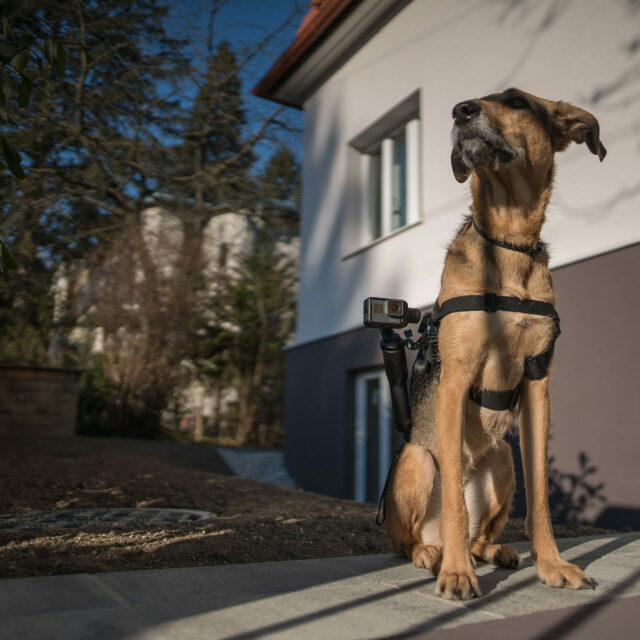 Although it does a fantastic job of stabilizing the footage, I hope GoPro can solve these glitches via firmware updates later on. Of course, I updated all my devices prior to testing.

The major task of stabilizing GoPro footage has been accomplished in an amazing way. Now, as a future improvement it would be great to solve the bad audio inherent to action cams. There are no solutions from GoPro yet. Here, competitor offerings like the Removu products come into play. For the Hero 4 black edition, they offer a wireless mic via a bacpac attached to the cam, which promises to solve the audio issues (Removu M1 & A1). The combination with the splashproof Removu S1 gimbal sounds really promising. 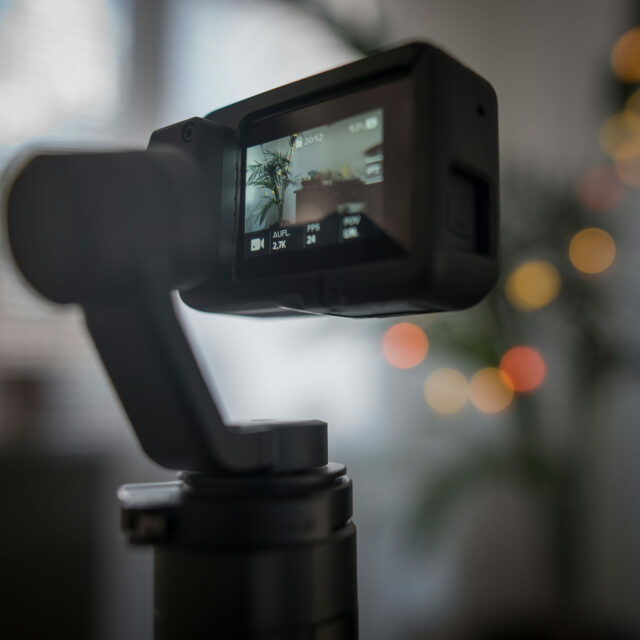 In part 2 of this review coming soon, I will perform a head to head comparison between the Removu S1 and the Karma Grip. Check back later this week! If you have any experiences with GoPro gimbals or the Karma Grip already, please share in the comments below!