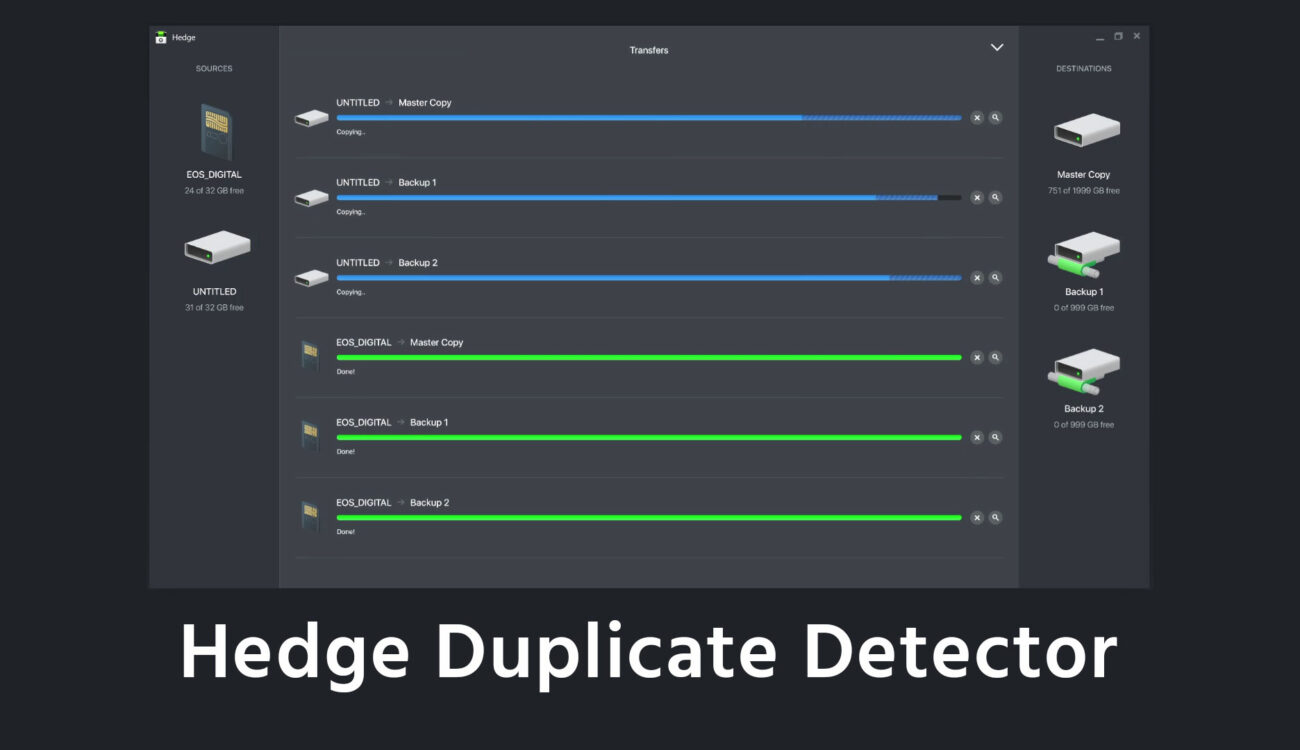 Hedge has added a duplicate file detector into its software, copying only what is new into your backup destinations. 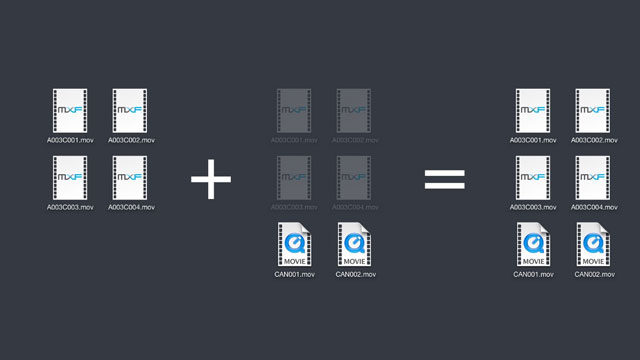 In previous versions of Hedge, the software has simply cloned the data from the media device such as an SD card or hard drive and copied it onto another. In earlier versions it hasn’t been possible to add data to existing folders.

In this latest update, Hedge has added duplicate detection. The software automatically analyses the destination folder, and only copies the files that do not exist into that destination. For those doing an incremental backup (copying over data from one card, and then continuing to shoot on the same card to back it up later), this is a godsend.

It’s automatic, but the file checking is not as simple as just looking at the file name. After all, you could be shooting on multiple drives that reset the filename. Five steps in the software determines whether there are duplicate files in the destination folder. In order, these are: 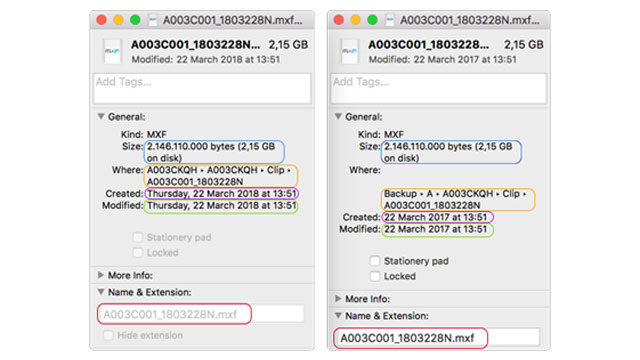 So the checks are thorough, but in some circumstances the incremental backups do not work. This includes cameras that create a single metadata file, such as cameras recording onto Sony SxS cards where the metadata is updated with each new clip. Hedge suggests erasing the data from the media after each offload to work around this.

If you’re working with ARRI or RED media, it is possible to transfer the date into single folders which is very useful when using multiple drives or cards. 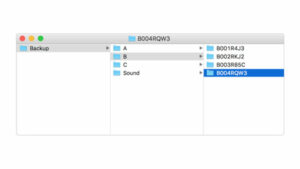 Other updates in the Hedge 18.2 software include the Connect feature for Windows which alerts a mobile device when data transfers are complete. As well as the Speed Toggle, which allows users to switch between the transfer data rate display and time remaining display.

Will the Hedge Duplicate Detector feature save you time when transferring and backing up your data? Let us know your thoughts in the comments.