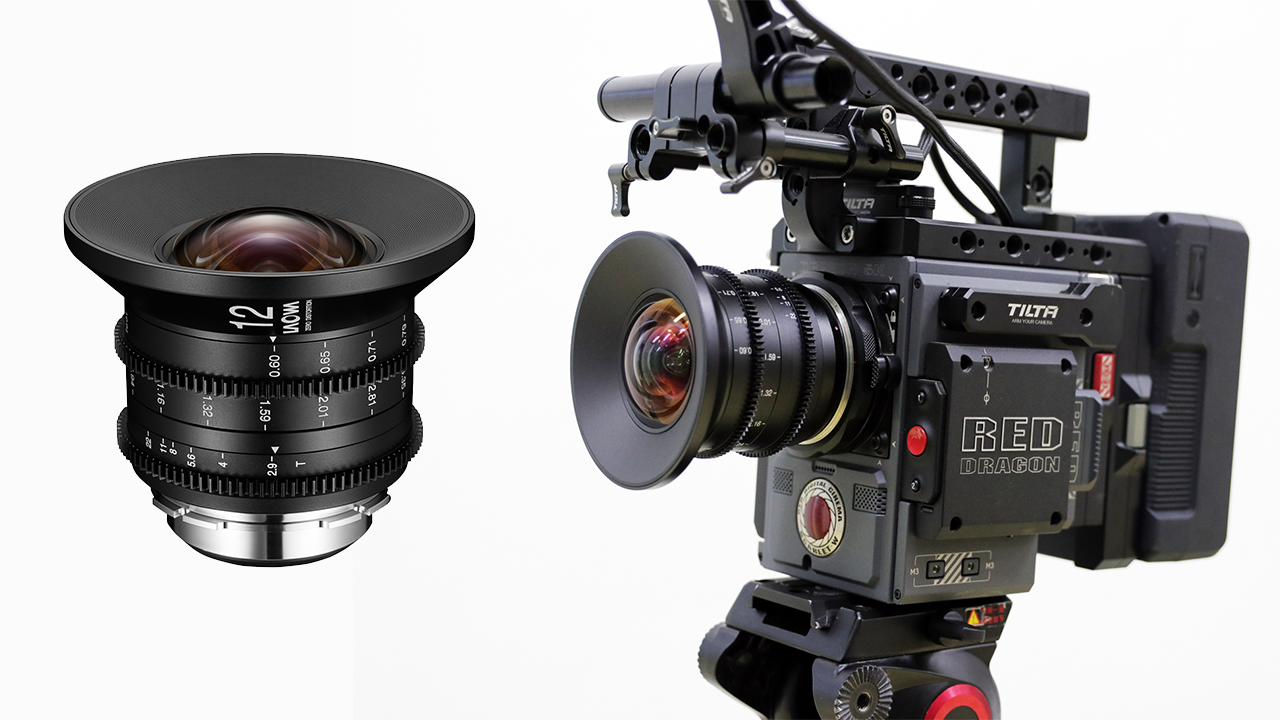 Laowa is finally shipping its new ultra-wide cine lens with almost no distortion: the Laowa 12mm T/2.9 Zero-D. This lens can cover Full-Frame/Vista Vision sensors and is available in PL, Canon EF, and Sony E-mount. Let’s take a closer look at it!

If you follow our posts and event coverages regularly, you will probably remember that the Laowa 12mm T/2.9 Zero-D lens is not new. Indeed, we even saw nearly one year ago during CP+. This lens was supposed to ship in the middle of 2019. It looks like it took Venus Optics’ team (the company behind Laowa) more time than expected to deliver this lens to the market. Yet finally, if you’ve been waiting for this ultra-wide glass for quite some time, it has arrived! 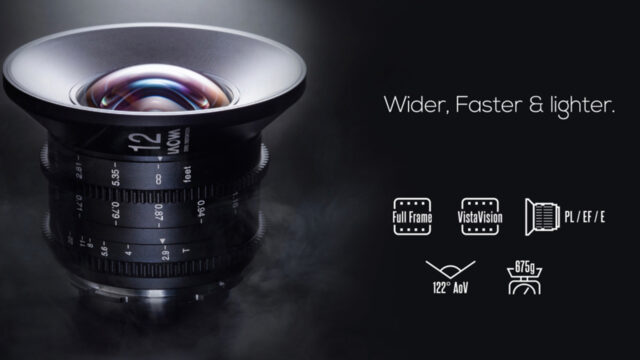 The Laowa 12mm T/2.9 Zero-D is the “cine version” of the 12mm F/2.8 Zero-D that we already reviewed. This cine rehousing is a more filmmaker-friendly version made out of aluminum, with standard 0.8 mod gears on the aperture and focus rings. 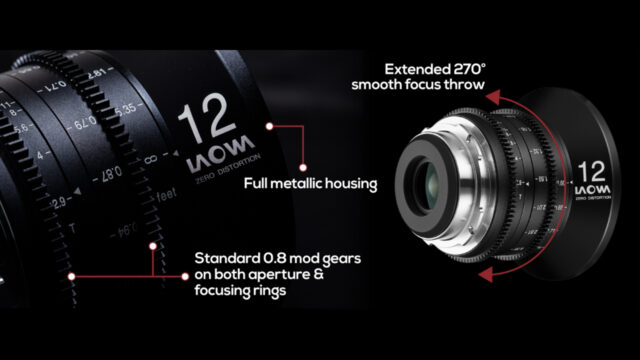 Also, the focus throw has been extended to 270°, which makes the use of a follow focus – and focus pullers’ lives – much more comfortable.

This ultra-wide lens gives you a 122 degrees field of view. Also, the “Zero-D” in the name means that the lens is close to being distortion-free, according to Laowa. 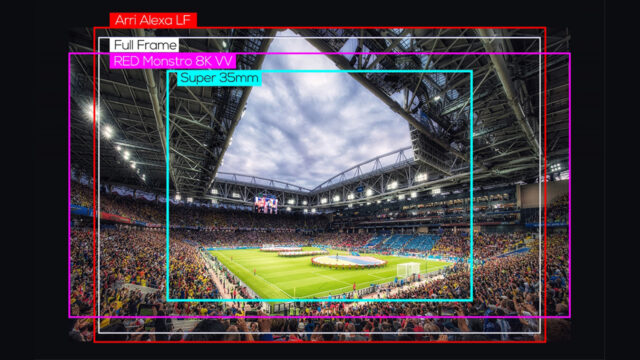 The Laowa 12mm T/2.9 Zero-D is available in PL mount, Canon EF mount, and Sony-E mount. You can’t change the lens mount by yourself, but you can adjust the flange distance thanks to the included shims. 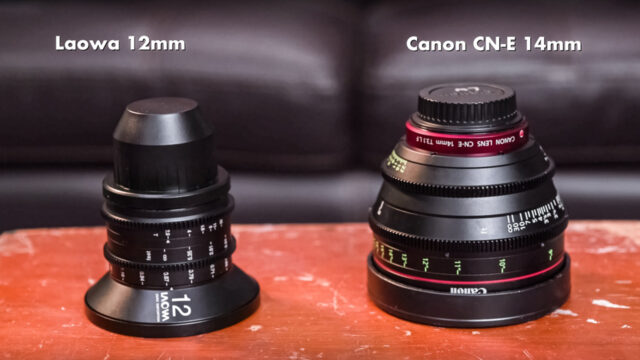 The lens design consists of  16 elements in 10 groups with two aspherical glasses. The lens measures only 3.4″/87mm and weighs 1.5lbs/675g, which is relatively light for a cine lens. 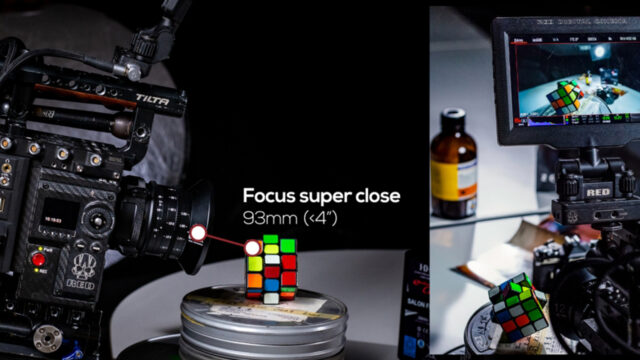 The minimum focusing distance of the 12mm T/2.9 Zero-D is 7”, which is only under 4″/93cm from the front element. This close focusing capability should allow you to get interesting wide shots while being close to a subject with a pleasing depth of field. 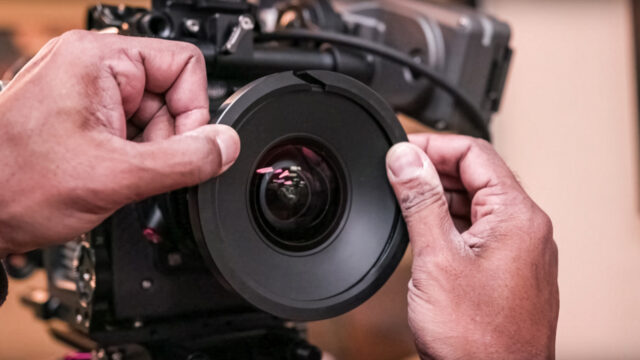 It is often difficult to mount a mattebox onto wide-angle lenses, but Laowa includes in the package a 114mm step-ring (the front ring is 102mm). This 114mm front filter size makes the 12mm T/2.9 Zero-D compatible with every standard mattebox on the market. 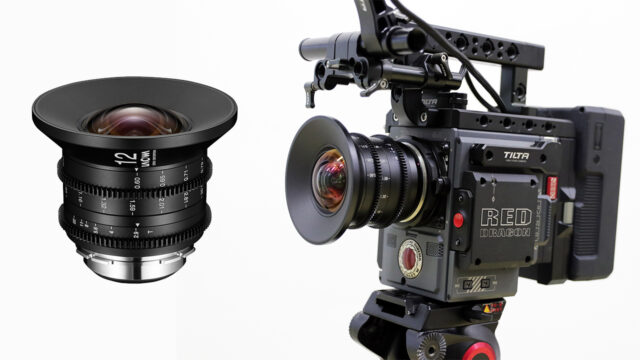 What do you think of this Laowa 12mm T/2.9 Zero-D cine lens? Do you already own the photo version? Do you consider this distortion-free lens as a wide-angle option for your FF/VV camera? Let us know in the comments below!