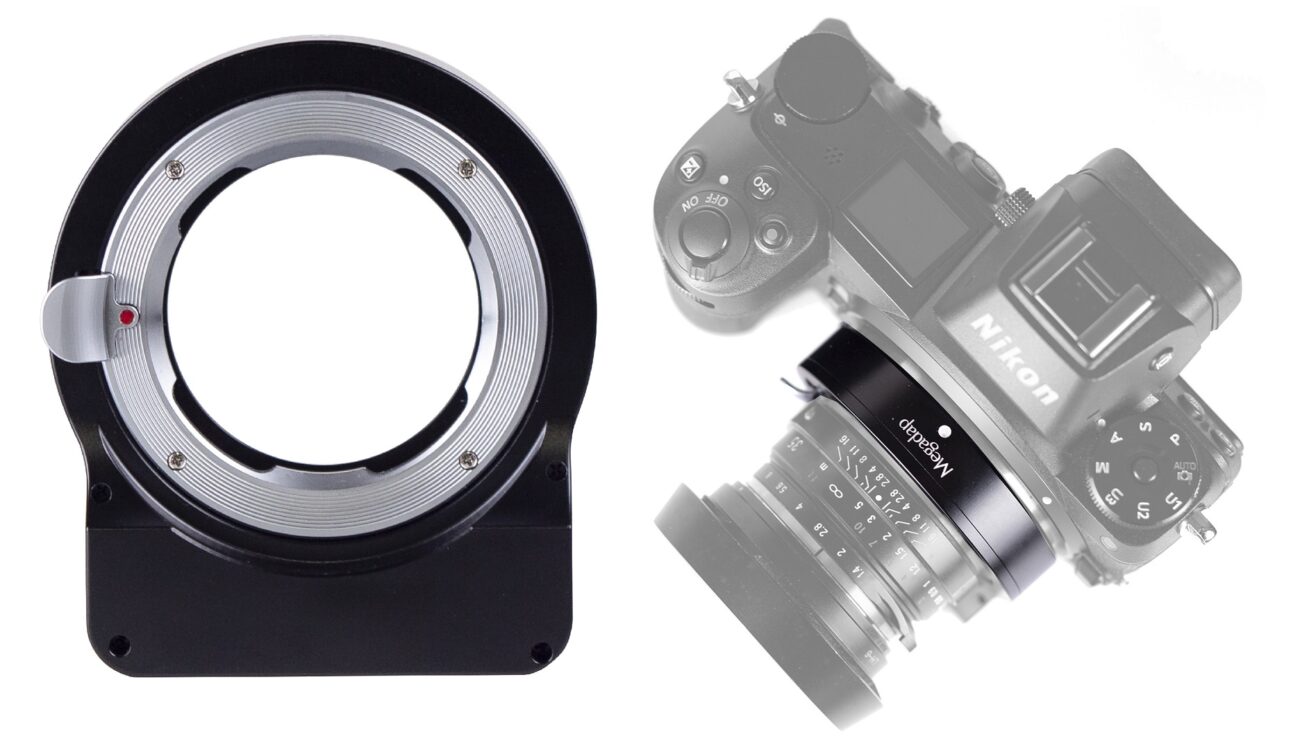 The Megadap MTZ11 is a new adapter for Leica M lenses on Nikon Z cameras. It uses an extendable bayonet mechanism (up to 6.5mm) that changes the distance between the lens and the image sensor. This way, the mounted manual lens can benefit from autofocus as well. Apart from Leica M, other adapters can be stacked on top to provide a different lens mount. The Megadap MTZ11 adapter is available now for $349.

Megadap is a new company based in Hong Kong, and the MTZ11 adapter seems to be their first product. Mounted on a Nikon Z camera body, it is supposed to turn manual Leica M (and other) lenses into autofocus lenses. Let’s take a short look at its features and specs.

The new Megadap adapter replaces the focusing mechanism of the lens by incorporating an extendable bayonet mechanism. The adapter itself has electronic contacts to communicate with Nikon Z cameras and utilises the cameras’ phase-detection autofocus algorithm to determine the focus spot. The motor within the adapter will then drive the bayonet to extend or retract, changing the distance between the lens and the camera sensor until the focus is reached.

The autofocus speed of the Megadap MTZ11 adapter seems to be quite fast and precise. Megadap uploaded a short video on Youtube to showcase the AF speed.

The company states that the adapter features a new, patented circular extension structure to support heavier lenses and avoid any potential wobbling bayonet issues after prolonged use. The maximum bayonet extension is 6.5mm, which, according to Megadap, is longer than the focus throw of most manual lenses in the market, so it should give the lens a wider focusing range and should be able to support both wide-angle and telephoto lenses. The adapter also has a micro USB port for future firmware updates.

The Megadap MTZ11 adapter is available for purchase now directly from Megadap’s website. The price has been set to $349 and includes free international shipping. The optional adapters for other lens bayonets can be purchased on the website as well, for prices ranging between $50 and $200.

The way this works definitely looks interesting. I would love to see this adapter for other mirrorless lens mounts, like the Sony E, Leica L, Canon RF, or Micro Four Thirds as well.

What do you think about the Megadap MTZ11 autofocus lens adapter? Would you like to equip your manual lenses with autofocus? Which camera mounts would you like to see added? Let us know in the comments underneath the article.