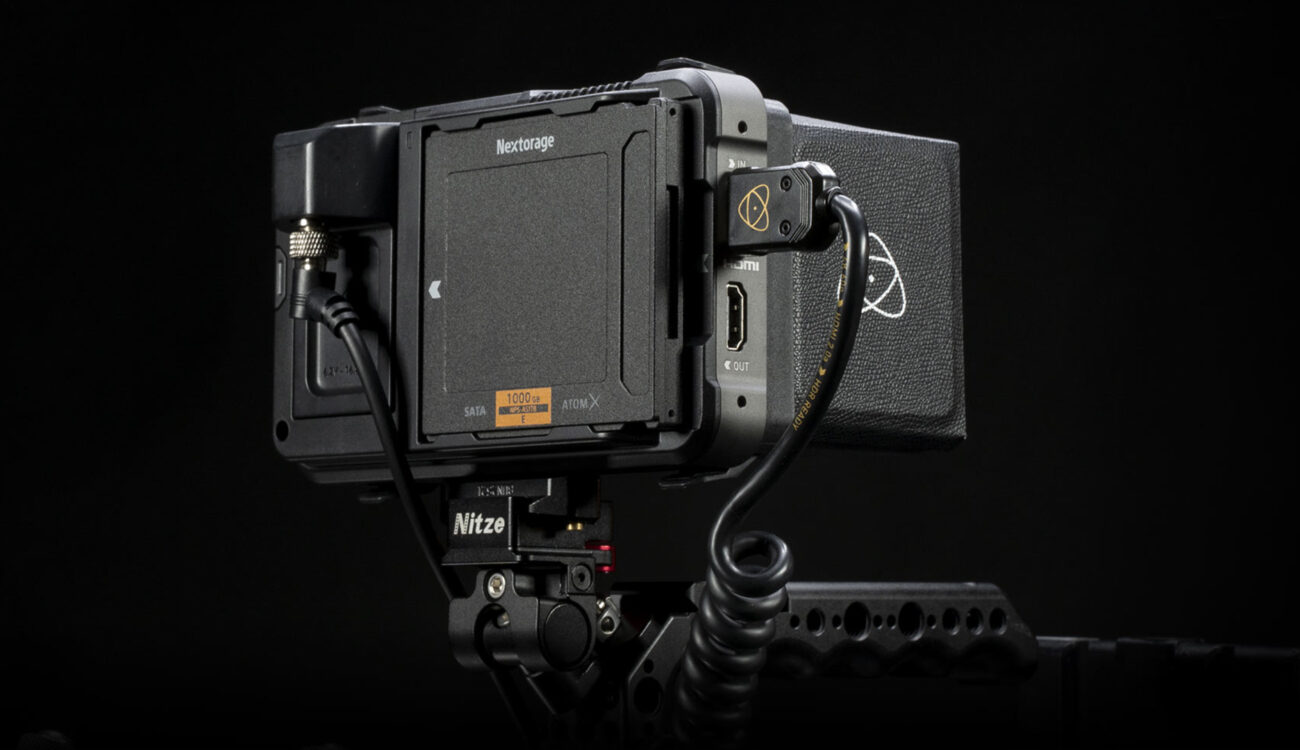 Storage solutions have never been the most glamourous of tools. Between the constant innovation of lenses and camera bodies, it’s hard to get some of that spotlight. But storage media has always been the foundation for any creative endeavor. Without it, lenses and camera bodies would be worthless. In an attempt to push innovation in an often overlooked product category, Atomos and Nextorage have partnered up and developed the Nextorage AtomX SSDmini.

Atomos cut their teeth building on-camera monitors with built-in recorders. Their products have allowed camera manufacturers to output higher-quality codecs, or even the raw camera signal, to be recorded externally. This opened a whole new landscape for DSLR filmmakers that might have been trapped in an 8-bit world. But, recording this kind of data requires high data rates that many media storage options just can’t handle.

To manage this data, Atomos opted for Solid State Storage Drives or SSDs. This opened the door for users to source third-party SSDs for their own use. But with variety also come a few problems. Not all SSDs are the same. To fix this issue, Atomos partnered with a Sony group company specialized in memory storage solutions — Nextorage. And what did they make?

The humble SSD has evolved into a different form factor that can handle faster and faster data rates. The M.2 form factor with the NVMe interface surpasses the SATA SSD in practically every way. But the love child of Atomos and Nextorage retains the SATA interface, allowing for older Atomos products to make use of this new storage media.

The AtomX SSDmini is a compact form factor SATA SSD specifically designed for Atomos recorders. It will fit perfectly into the latest generation of records such as the Ninja V, Ninja V+, Shogun 7, and the Neon line. An adapter handle expands compatibility to the Sumo 19, Ninja CAST, and Shogun Studio 2.

“But why?” I hear you ask. It’s true that this product could just be an SSD with a propriety housing. Users may be able to repurpose it for different use cases down the road, but history has taught us that anything propriety usually limits future possibilities in lieu of short-term usability.

So why choose the SSDmini?

Well, beyond the fact that it’s specifically designed to fit Atomos products, it’s supposedly rugged. Rugged enough to thrive in production environments. Atomos and Nextorage are claiming a shock resistance of up to 1500G/0.5ms and a connector that can last over 3000 uses. At least according to their tests. Regular SSDs are meant to live in the comfort of a computer and aren’t built for this type of use.

Remember how we said that not all SSDs are created equally? While some drives may say they meet read and write requirements, users may be left with unusable media storage if the drives may be of an older design. Here’s a quick video on why this is happening:

Atomos and Nextorage, however, claim steady speeds of 550MB/s read and 500MB/s write. While these are not the fastest drives on the market, Atomos and Nextorage have certified these drives to record any codec supported on Atomos recorders. So it seems that the AtomX SSDmini isn’t special at all. It’s just a nice rugged drive that is guaranteed by Atomos and Nextorage to serve your production needs. But…

Reliability with solid-state media has always been an issue. Yes, it is more reliable than spinning hard drives, but there are trade-offs. SSD storage is a mind-numbing complex technology that seems akin to magic if you never paid attention during science class. The AtomX SSDmini isn’t changing the landscape when it comes to storage. It’s refining an already robust technology for use in Atomos products. If you own an Atomos recorder, this could be an option to consider.

What do you think of this new offering from Atomos and Nextorage? Would will you be buying this for your Atomos recorders? Let us know in the comments!