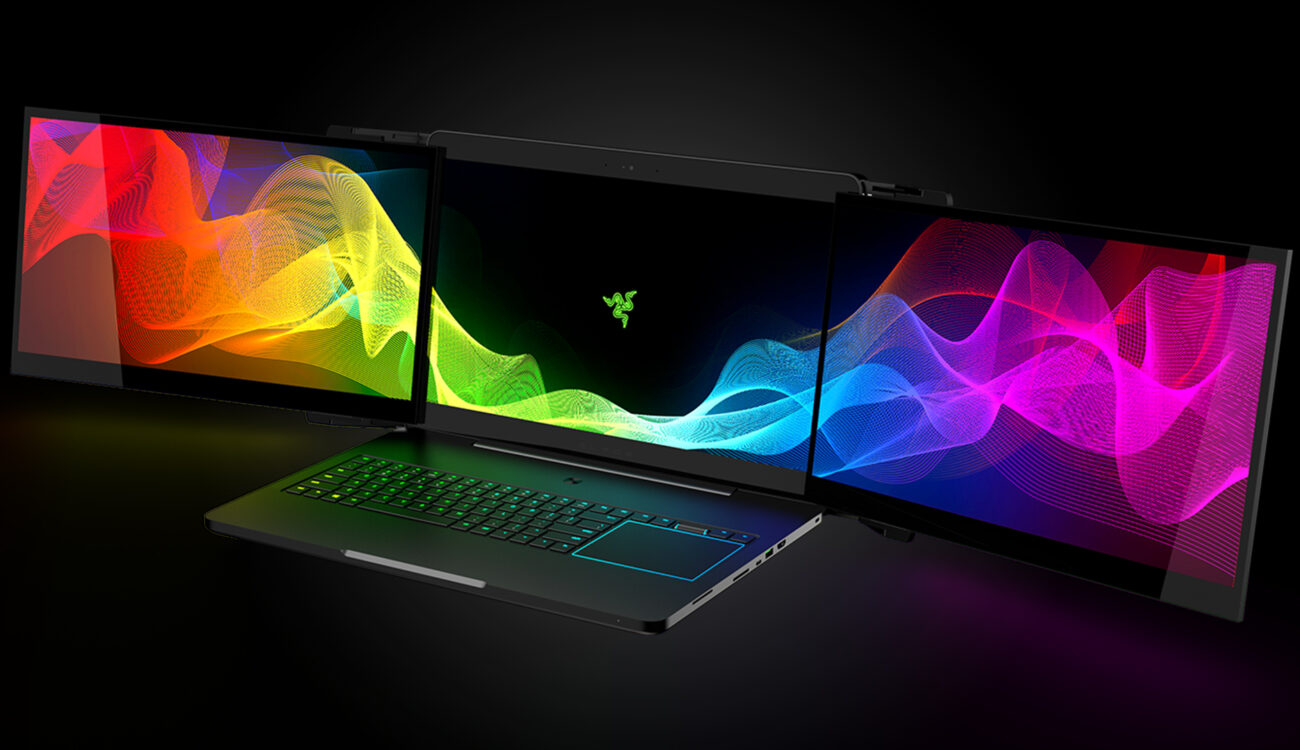 At this year’s CES, Razer Inc. unveiled Project Valerie, a concept laptop that contains three self-unfolding 4K screens complete with all the horsepower needed to drive the resulting heap of pixels. 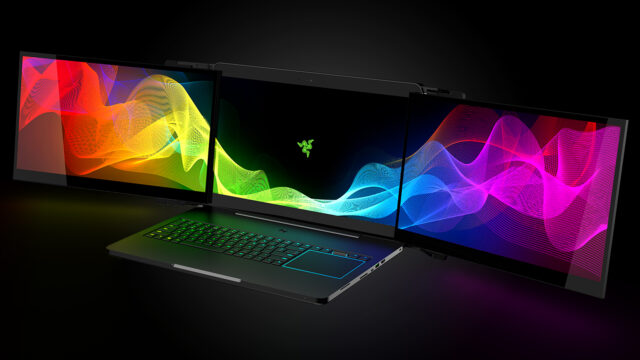 What is the definition of a professional-grade laptop? Is tagging a Pro label at the end of the model name sufficient? What about not just one, but three 17″ 4K screens, for a total of 11.520 x 2.160 pixels? Razer’s Project Valerie is exactly that. Although still a prototype, this beast seems to be capable of some serious GPU work. Have a look at the teaser from Razer below to get the idea:

The whole thing is based on the existing  Razer Blade range of laptops. Yes, the main focus of their products is gaming applications, but the one thing that gaming, video editing and especially color grading have in common is the need for high-end GPU performance. The Project Valerie device has the potential of making all three types of users happy.

The machine is fuelled by a top-of-the-line Nvidia GeForce GTX 1080 graphics card with 8GB RAM, accompanied by an Intel Core i7 Skylake CPU and 32GB RAM as a foundation. It seems to be all about graphics power, and since Razer has a reputation of building high end gaming laptops, Project Valerie is certainly no exception.

Since these two extra 17″ 4K displays need some extra space, the unit is somewhat thick in comparison to the paper-thin laptops of today and is not exactly lightweight either. But for what it is, it’s pretty impressive.

Maybe we’re witnessing the appearance of a mobile DaVinci Resolve workstation without the need for any extra screens, and from that perspective, it’s pretty compact indeed! As a party trick, the outrigger screens have fancy LED underlighting. Not really necessary, but this is a because-we-can prototype, so who am I to blame Razer?

Since it’s a Windows machine, Mac users won’t be invited to the party. But then again: DaVinci Resolve is available for both, Windows and Mac OS and so is Adobe Premiere CC.

No word on pricing, yet. No word on availability, either. And since it’s a prototype we’re speaking of, the Project Valerie could remain a sweet dream forever. If it does become available, it won’t be cheap, that’s for sure. The existing  Razer Blade Pro, which is the base system for Project Valerie, is $3,999.

Read all about it: Razorzone.com