SIGMA has announced interesting news at Photokina: The development of their own SIGMA full frame camera, joining the L-mount alliance and is introducing five new lenses. We interviewed SIGMA’s CEO Kazuto Yamaki and asked him about the future of the company.

During Photokina, SIGMA  announced joining the L-Mount alliance (our article here) together with Panasonic and Leica and they released five new lenses (here’s our post). Furthermore, they are developing their own full frame camera. The CEO of SIGMA, Kazuto Yamaki, shared some interesting information with us, about the current and future projects of his company.

Having a full frame camera in the portfolio kind of became fashionable for big camera and lens companies this year. So many companies are either releasing their full frame camera or announcing the development. It was interesting to hear that even SIGMA will be joining the full frame segment. Kazuto Yamaki told us, that SIGMA already started this project three years ago when they decided to develop their own full frame sensor. The sensor is still in development, but it seems like it will be used in the upcoming L-mount cameras.

In regards to the video capabilities of SIGMA’s new camera, we were not able to get any information due to the early stage of development. It is, however, planned to be released in 2019.

For their upcoming full frame sensor, SIGMA initially wanted to develop their own mount with short flange focal distance (for slim mirrorless bodies). In the end, SIGMA decided to join forces with Panasonic and Leica and work on the L-Mount together. 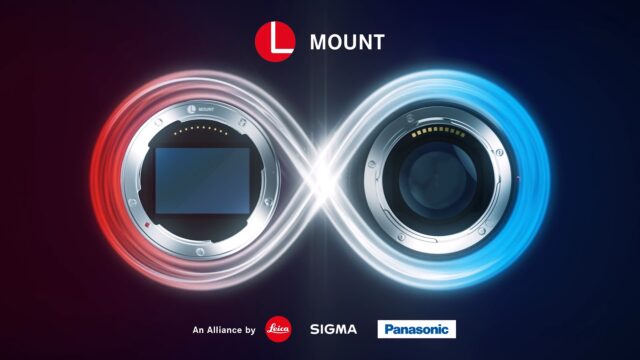 All three companies of the L-Mount alliance – Panasonic, Leica and SIGMA – are manufacturers of both, lenses and cameras. We were informed that each company in the alliance is in the process of developing their products separately, not disclosing their product roadmaps to each other. However, they work together on making the L-Mount robust and providing enough lenses and accessories for it.

In regards to new Nikon and Canon mirrorless mounts, SIGMA is interested in producing lenses for those in the future. For now, the L-Mount lenses are a priority for the company.

What do you think of SIGMA developing their own full frame camera? Do you plan on buying any of SIGMA’s new lenses? Let us know in the comments underneath the article.