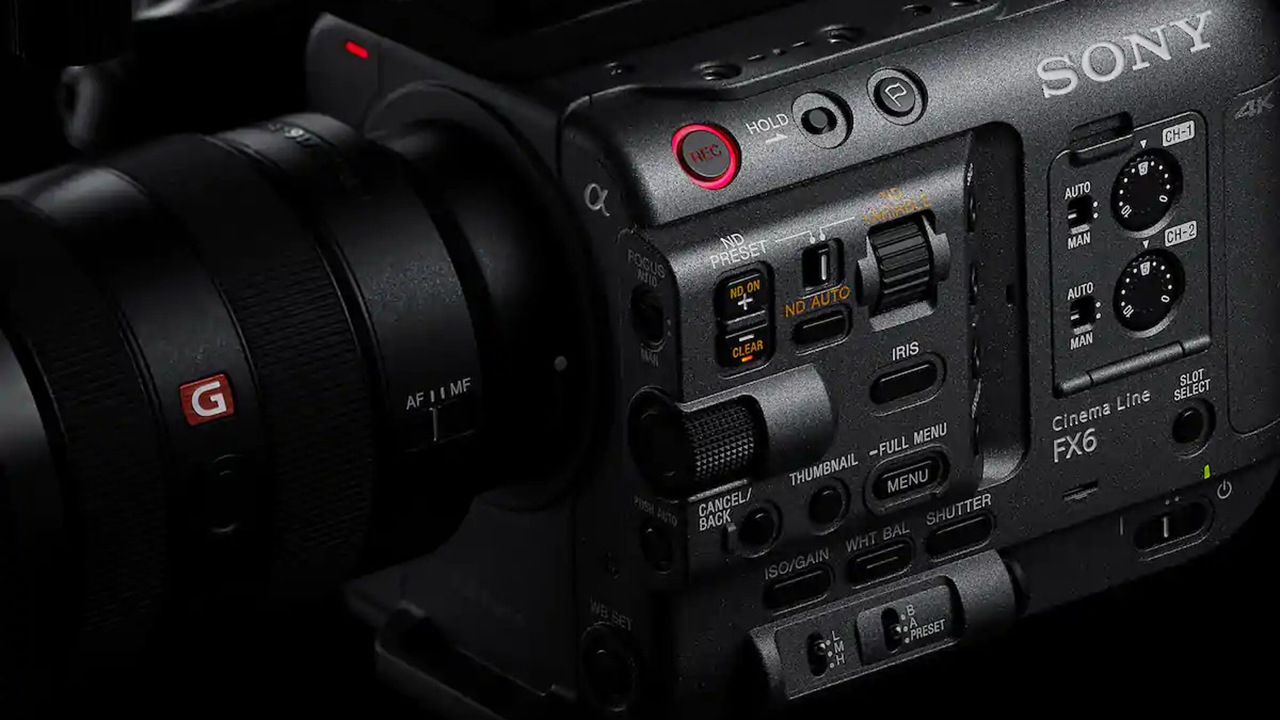 Including the already popular FX9, FX6 and FX3 cameras, the Sony Cinema Line has been out and about for almost a year now. Among other amazing features, these cameras can output a 16-Bit Linear RAW signal, which is absolutely revolutionary for cameras in this price range. But is it really like that? Let’s see what we found out so far.

When the Sony Cinema Line was first announced, I was extremely surprised to see a 16-Bit Linear RAW output on these cameras. In fact, a true 16-Bit sensor readout only belongs to high-end cinema cameras. Yes, that’s one of the things you’re paying for!

Furthermore, a true 16-Bit sensor readout, paired with backside illumination technology, also meant that this new generation of Sony cameras would provide a huge dynamic range and image quality improvement over the old FS7 and FS5 models. Or at least, that’s what we were all expecting.

However, when Gunther ran the Sony FX6 and FX9 through our Lab Test procedure, he found that these cameras aren’t so great after all. In fact, they perform pretty much like the good old FS7 and FS5, in terms of dynamic range.

These results rang a bell. Is the sensor readout actually 16-bit? Or is this 16-bit data output only a “marketing” thing? If you want to know what Sony had to say on this matter, keep on reading.

If you are not familiar with RAW, then it makes sense to start off with a short explanation.
A digital sensor’s sole purpose is to measure the amount of light it receives. You can think of light as a sea of particles (photons) randomly moving through space. Once these particles reach the pixels on the sensor, their number is recorded for each pixel.

The camera then assigns a digital value proportionally to the amount of light that every single pixel receives. Unlike the human eye, a digital sensor records light in a linear way. This means that doubling in the amount of light (or in other words, increasing exposure by 1 stop) involves doubling in the numerical value assigned in the digital file.

That’s how a RAW file is born. Easy peasy.

This process implies a linear relationship between the bit-depth of the digital file and the number of stops of dynamic range that the camera can theoretically describe. In fact, both bits and photographic stops represent a doubling or halving of a quantity.

In fact, the bit-depth of the RAW file is chosen based on the actual, measured dynamic range of the sensor. If a camera sensor can capture 13.2 stops of dynamic range, for example, it doesn’t make sense to use 16 bits: in this particular situation, 14 bits are more than enough!

Now back to Sony

However, shooting RAW video is a much more demanding task. That’s why the sensor readout usually drops to 12 bits or below for RAW video.

In truth, the most recent generations of Sony’s back-illuminated sensors might actually require a 16-Bit readout in order to describe the whole dynamic range they can capture in ideal conditions. However, I don’t think this is applicable to RAW video shooting.

For example, the Sony IMX455 sensor (which is likely the same sensor used in the Sony a7r IV) has a 16-Bit sensor readout mode, as confirmed by the official Sony sensor data sheet. Indeed, this sensor model is used in the ASI6200 astrophotography camera, which features a 16-Bit analog-to-digital converter.

However, this mode is only supported when shooting stills. The sensor readout drops to 12-Bit up to 9.42fps and 10-Bit up to 21.33fps at full resolution.

Now, the FX9, FX6, and FX3 cameras have a much lower resolution than the 61MP Sony a7r IV and we don’t know the exact sensor models used in the Sony Cinema Line cameras. Nonetheless, I find it very hard to believe that these sensors have a 16-Bit readout mode at high enough frame rates for shooting RAW videos.

Of course, even though the Sony Cinema Line cameras may not feature a 16-Bit RAW sensor readout mode, delivering their signal through a 16-Bit data output can still offer other advantages for preserving image quality, as Sony confirmed. However, advertising this feature as 16-Bit RAW output can be deceptive in my opinion.

We reached out to Sony on this matter and they were kind enough to get back to us, but unfortunately, they decided not to disclose the Sony Cinema Line sensor readout mode.

Don’t get me wrong. I honestly believe that the Sony Cinema Line cameras are extremely capable tools. They’re packed with astonishing features, like 4K 120fps recording and Fast Hybrid AF (which I love), but the lack of clarity on this matter left me a little doubtful.

Did you have the chance to shoot 16-Bit RAW on the Sony Cinema Line cameras? Do you think these cameras feature a true 16-Bit sensor readout? Join the discussion in the comments below.