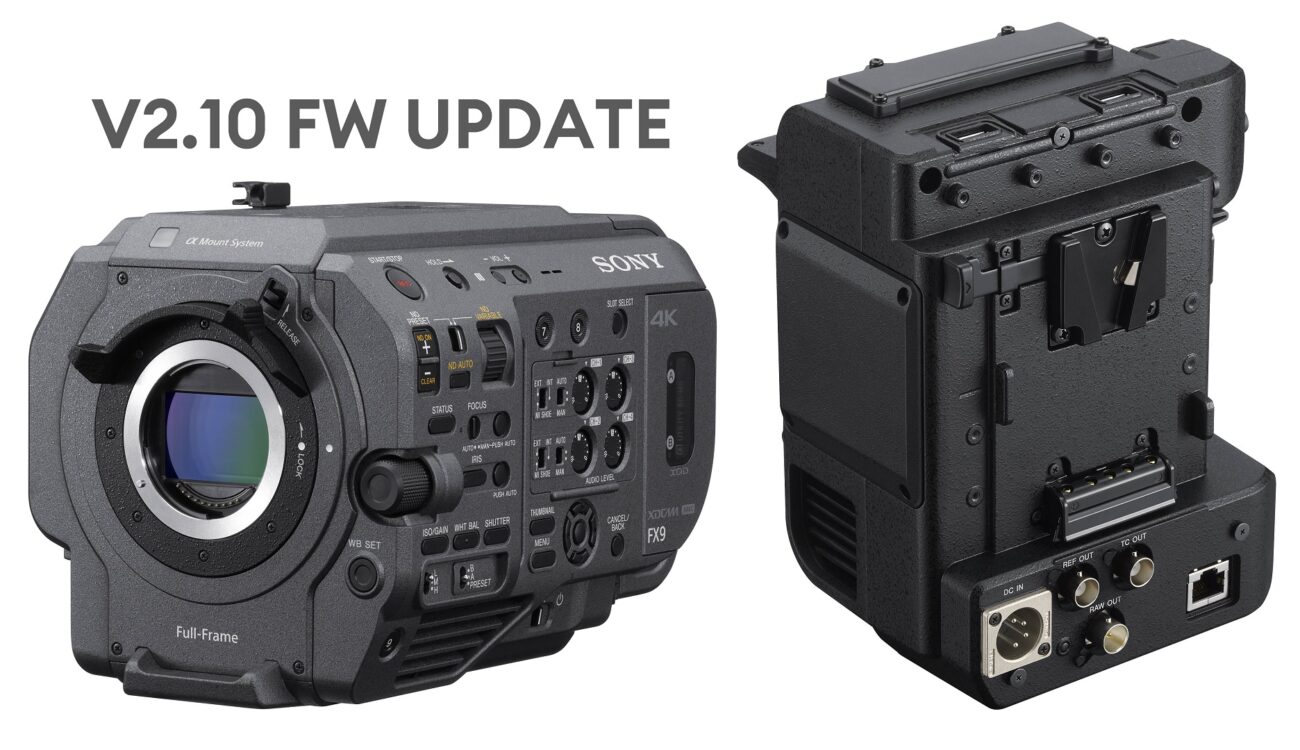 Sony FX9 full-frame cinema camera got a new free firmware update V2.10 which adds the 4K UHD 120fps RAW output (only with the XDCA-FX9 extension unit) and it also brings an improvement in white balance adjustment. Atomos Ninja V+ recorder is necessary to save the 4K UHD 120fps raw output in ProRes RAW.

Back in April 2021, Sony teased the upcoming firmware update for both the FX6 and FX9 which, among other improvements, also unlocks the 4K UHD 120fps RAW output. In the announcement, Sony also said that Atomos plans to release a new Ninja recorder that will be able to record this high frame rate mode.

At the end of April 2021, Atomos indeed released a new recorder – Ninja V+ along with a new Ninja Stream. The new monitor/recorder keeps the compact Ninja V form factor but is capable of recording up to 8K30 or 4K120 in ProRes RAW.

When it comes to the high-frame-rate RAW output, the camera still can’t do that alone. For this feature, you will need to attach the $2,500-worth XDCA-FX9 extension unit. The smaller sibling – FX6 – can output 4K120 RAW without any accessory.

When it comes to the White Balance adjustment improvement, there is a useful article about the improvement from Alister Chapman over at his website XDCAM-user. Alister tested the new WB adjustment and he found out that the improvement affects the daylight white balance preset settings. The FX9 used to slightly accentuate green colors in the image when WB was set to 4000K and higher. After the update, the FX9 provides a more neutral white balance with less green bias. He made a comparison at 5500K.

The free firmware update can be downloaded from the Sony Pro Support Page. The update applies to both the Sony PXW-FX9 and the XDCA-FX9 extension unit.

Do you use the Sony FX9 for your work? How do you like the camera? Are you planning on recording the 4K 120fps footage with the Ninja V+? Let us know in the comments section underneath the article.