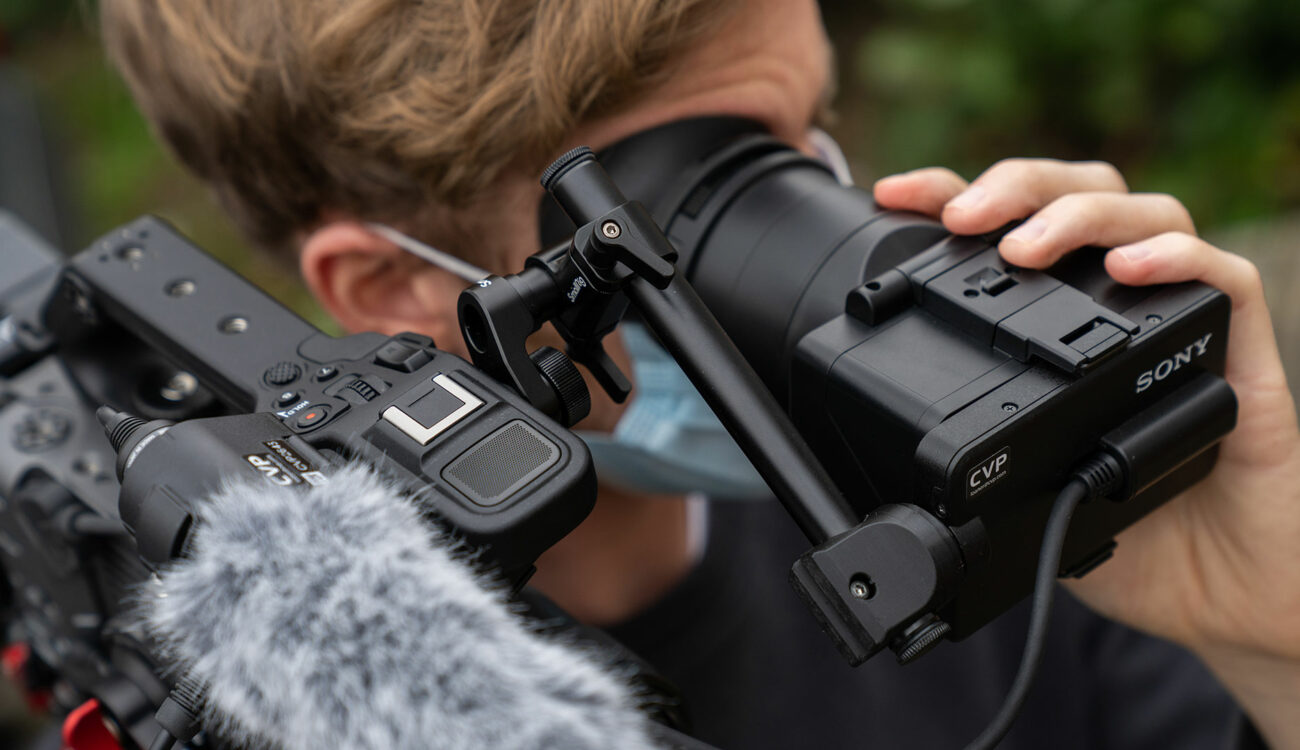 CVP, the British webshop and our website partner, has just released their first product ever: the CVP Mod Kit for Sony FX6 LCD. This kit replaces the FX6 LCD monitor hinge with a beefier one that allows you to attach the Sony FX7/FX9 loupe to the LCD without it sagging! Let’s take a closer look at it!

The Sony FX6 was released in November 2020 – you can watch our first-look review here if you missed it – and soon after, many filmmakers complained about the flimsy/loose monitor hinge that came with the FX6 LCD. Also, some users started to attach their Sony FX7/FX9 loupe to the FX6 LCD, which was not initially designed for that purpose, and the monitor hinge of the FX6 doesn’t hold in place the weight of such a setup.

To solve that issue, CVP launched a mod kit for the Sony FX6 LCD that replaces the original hinge with a stronger one.

If you want to mount a loupe to the Sony FX6 LCD and don’t want to go the third-party EVF route, this CVP mod kit might be for you! At the moment, three versions are available: one mod kit with the FX9 loupe, one without, and a bundle with the Sony FX6, and the mod kit pre-installed.

Each kit consists of a new monitor hinge, a 15mm rail, and a monitor mount that attaches to the Sony FX6 handle. To mount this mod kit for the Sony FX6 LCD, you’ll have to swap the built-in monitor hinge for the provided one. You can do this modification by yourself – the tutorial is in the video above – but it’ll void your warranty if something goes wrong.

If you want to go the safe way, you can send your Sony FX6 LCD to CVP, and a Sony certified technician will install the kit for you so it doesn’t void your warranty. What’s nice is that it won’t void your warranty if you go that way, and it’s free of charge if you’re in the UK.

This CVP mod kit for the Sony FX6 LCD allows you to comfortably shoot with the camera on your shoulder comfortably without buying (and powering) a third-party EVF. Of course, mounting adjustments of the LCD/Loupe are still limited by the length of the built-in LCD cable, but you don’t lose any functions, and you can still flip the loupe to adjust camera settings or review your footage quickly.

What do you think about this mod for the Sony FX6? Did you try mounting the FX7/FX9 loupe to your Sony FX6? What EVF solution are you using? Don’t hesitate to let us know in the comments below!