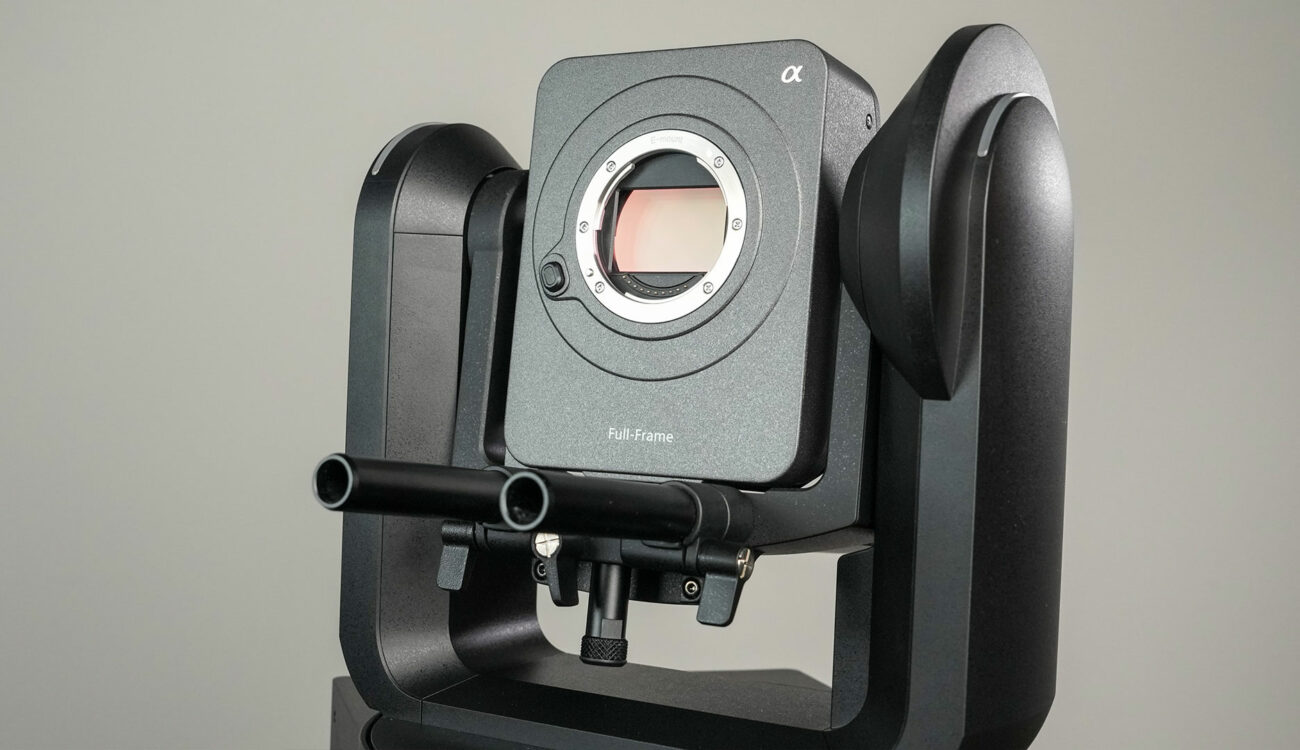 With the growing popularity of live streaming, the demand for suitable and affordable equipment has also increased significantly. In the last few years, we have seen more companies than ever adding direct live streaming features to their cameras, introducing affordable live switchers, and other products for live productions. One category of useful products, when it comes to live and multi-cam productions, are so-called PTZ cameras. PTZ stands for pan-tilt-zoom and it basically gives away what these cameras can do – they can be controlled remotely– including panning, tilting, and zooming.

We have seen Canon, for example, announce a couple of these last year in March. Sony also has a fixed-lens PTZ model in its portfolio already, with the BRC-X1000. Today, however, the company announces a new high-end PTZ camera with a full-frame sensor and an impressive list of specs – the Sony ILME-FR7. Let’s take a look at the details.

Judging from the specs, it looks to me that the FR7 is basically a Sony FX6 in a much smaller package, with different ergonomics. The camera features a back-illuminated full-frame 4K CMOS sensor with dual native ISO of 800 and 12.800, which can be cranked up all the way to 409.600 (expanded ISO).

According to Sony, the dynamic range of the FR7 should reach 15+ stops. The good news is that we received a review unit of the camera at our office, so we plan to put the camera’s sensor through its paces in our lab test.

Sony included HLG live and HLG natural gamma curves for HDR output within this camera. There are also S-Log3 and S-Cinetone gamma curves. The Cine EI mode is available too with MLUT. Fast hybrid AF with face/eye AF detection is, of course, included here as well.

Just like the Sony FX6, the FR7 also includes a built-in variable ND filter, which can be controlled from a distance. Its intensity varies from ¼ to 1/128 and an auto ND feature is also available. Seeing internal ND in such a small body gives me hope that one day, we will also see internal ND filters in compact mirrorless cameras, too.

To achieve true PTZ remote control (and not only PT), the Sony FR7 has to be paired with a Power Zoom lens. Sony currently offers three full-frame Power Zoom lenses:

The FR7 can work with manual zoom lenses as well, but the zoom remote control is lost. Sony claims the largest zoom lens with PT control is the new 70-200mm f/2.8 GM2 with the 2x expander. Select prime FE lenses up to 135mm f/1.8 are also supported for full PT operation.

The PTZ control can be slow and smooth, according to Sony. The movements and camera positions can be pre-programmed. The camera can be remotely controlled via a local network (Ethernet cable) or through a web browser remote control interface.

Web App Remote is a web-based remote application for multi-camera monitoring and control. It is accessible from a tablet or PC using only a web browser. It supports intuitive operation by touch AF control. The connection can be easily established by scanning a QR code, for example.

Sony introduced the optional RM-IP500 control panel for the camera, too. Connected via Ethernet or GPI, the panel features physical controls for all vital functions of the Sony FR7, including the joystick for PT control, knobs for focus and ND filter, zoom rocker, and so on.

The new Sony FR7 will be available for pre-order from B&H starting September 7th at 10am ET. The official retail price of the camera is $9,699. Also, the company offers a pre-bundled kit with the 28-135mm f/4 lens for $12,199. The new PTZ camera will be on display at IBC Show in Amsterdam between September 9-12th.

Do you use PTZ cameras in your productions? What do you think about the new Sony FR7? Let us know in the comment section underneath the article.