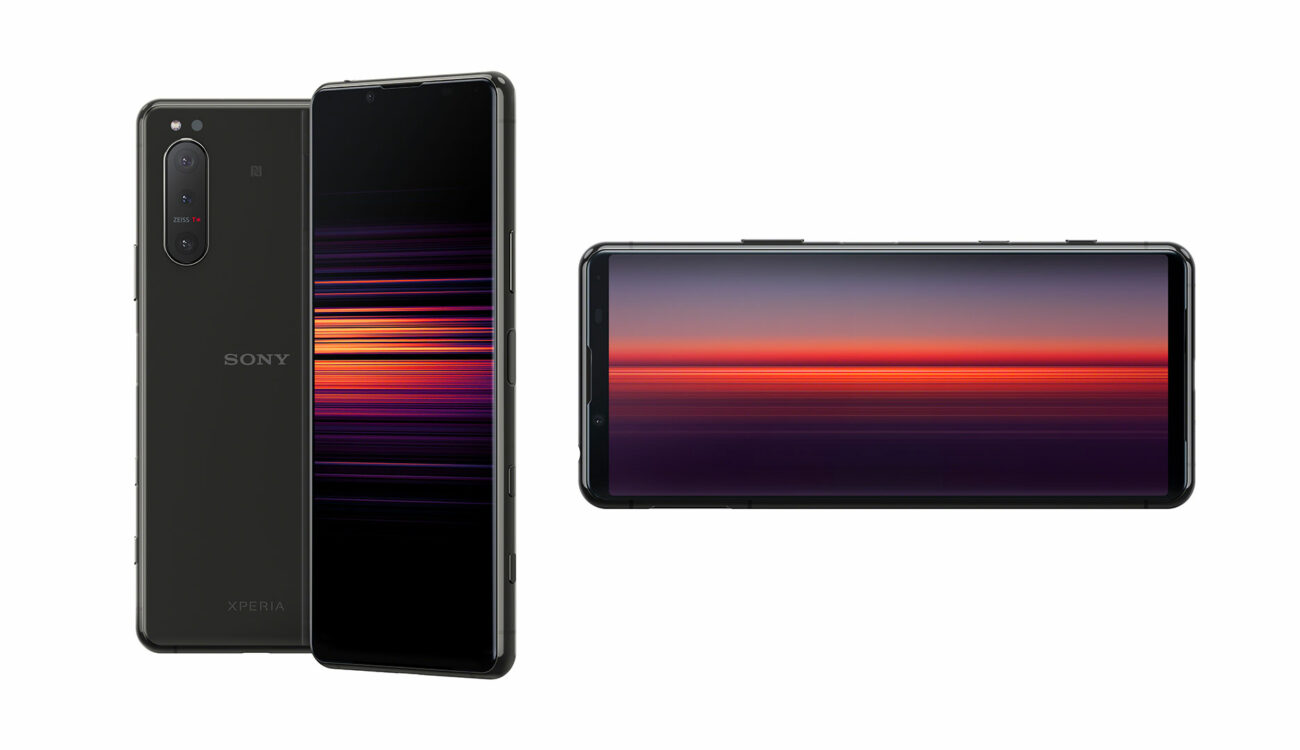 Sony has just released a new 5G smartphone for filmmakers that is part of its CineAlta smartphone lineup: the Sony Xperia 5 II. This phone features a 21:1 CinemaWide 6.1″ FHD+ HDR OLED display. Also, there is a triple-lens camera paired with ZEISS optics that can capture 4K HDR 120fps footage, real-time Eye AF for humans and animals, etc. Let’s take a closer at it!

Sony continues to expand its lineup of 5G CineAlta smartphones with the Xperia 5 II. Indeed, earlier this year, they already released the Xperia 1 II and announced the Xperia Pro.

The Sony Xperia 5 II is a more compact option, but it has a lot of similarities with its big brother, the Xperia 1 II:

But, there are also small differences between the Sony Xperia 5 II and its bigger brother.

Here is a shortlist of the differences between the Xperia 5 II and the Xperia 1 II:

You got it. The Xperia 5 II is not a revolution, but a more compact version of the Xperia 1 II.

What do you think about this new Sony Xperia 5 II smartphone? Do you already have the Xperia 1 II? Did you already try shooting with a Sony CineAlta smartphone? Don’t hesitate to let us know in the comments below!

Looks great. Too bad it runs android though. Makes it just an expensive point and shoot camera to most creatives who use iphones and don’t want to leave the ios world for the inferior android universe.

“they already released the Xperia 1 II and Xperia Pro”
To my understanding the Xperia Pro is yet to be announced.
There is currently no more information about the phone, its availability, or pricing.
Even Sony website do not have the size displayed.