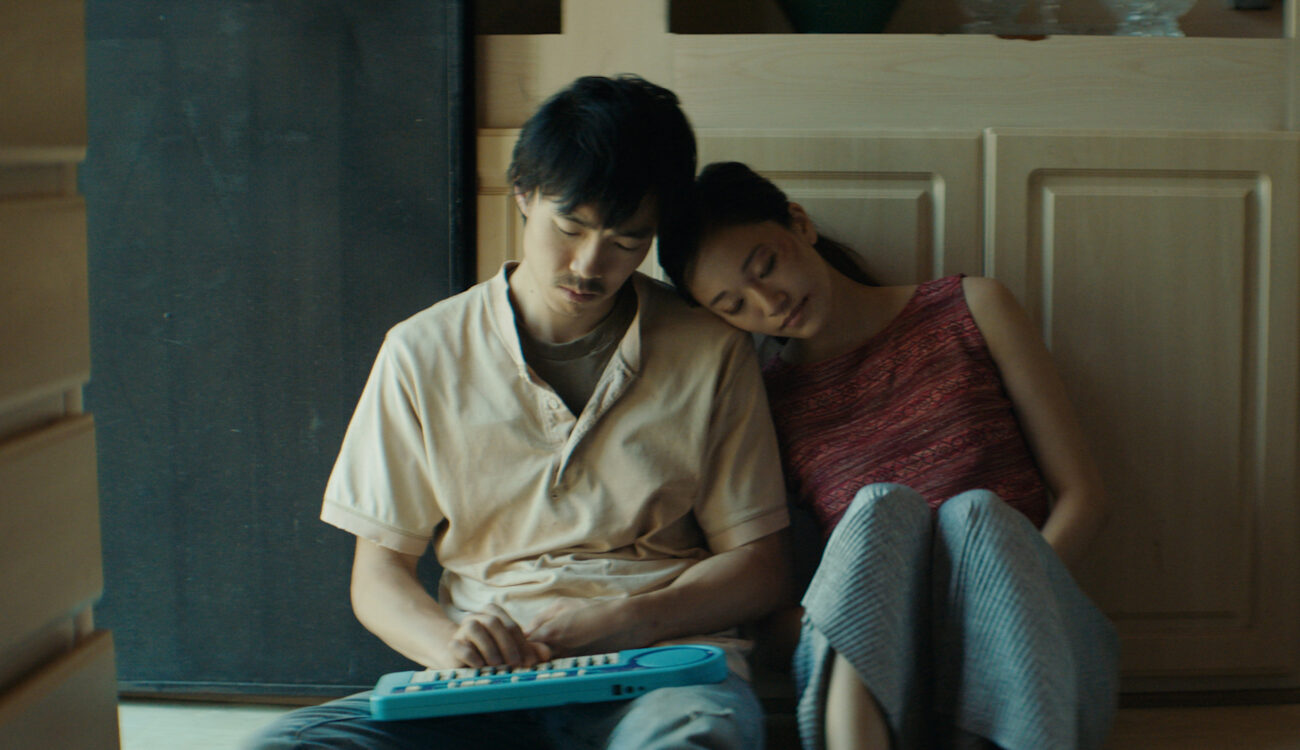 Cinematographer Ante Cheng is no stranger to Sundance, having premiered the feature film Gook  at the 2017 Festival to rave reviews.  He and director Justin Chon are back to tug on audiences’ heartstrings with their 2019 U.S. Dramatic Competitor: Ms. Purple. 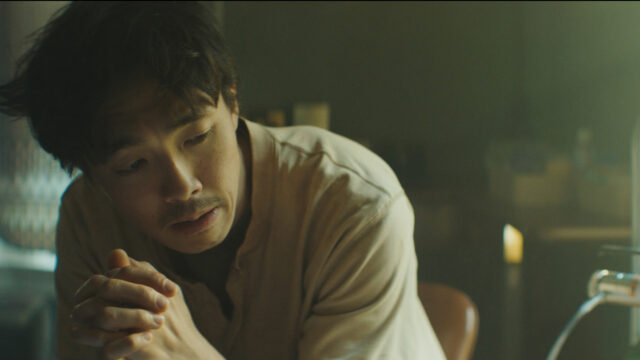 DP Motto: Look for an emotional response to the image.

cinema5D:  What made you go with the MINI?

AC: We wanted to design an expressive visual language for Ms. Purple, in an efficient package suitable for our indie production. We chose the versatile Alexa MINI for the extended handheld takes, also convenience of the EVF design and built in NDs. We liked the grain at 1280 ISO and built a custom Fuji film stock LUT. 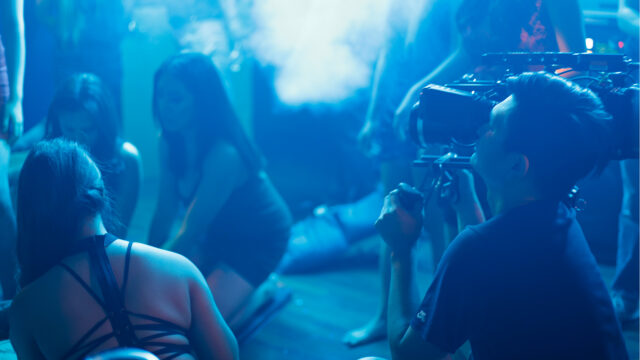 Behind the scenes of Ms. Purple. Photo Courtesy of Ante Cheng.

cinema5D: How did you land on the optics?

AC: During a lens test, we came across the Todd-ao 55mm anamorphic, the way it renders faces is just beautiful. The image characteristics varies through different stops, we would set it to the mood of the scene. And the focal length is perfect to move instinctively with the actors. We carried the Leica Macrolux diopters for a quick way to get past the minimum focus. 95% of the film was shot on the Todd-ao 55mm, and the rest 5% on a canon 300mm. The spherical telephoto shifted the perspective, and allowed us to shoot across the street through crowds.

cinema5D: You previously collaborated with director Justin Chon on Gook, which won the 2017 Sundance Audience Award.  You came together again for Ms. Purple. Can you talk a little bit about how you guys work together?

AC: In prep, we try to get on the same page aesthetically. Justin wanted to have a unique look for our film, not imitating an existing style. We looked back on Gook, watched movies, did camera tests, to figure out what we liked and what we can push further. Justin and I knew we were making a true indie film,  and that we could and had to be bold. On set, it comes down to instincts and sensibilities. After a take, I’ll look at Justin, and if we both felt something, then we’ll move on. 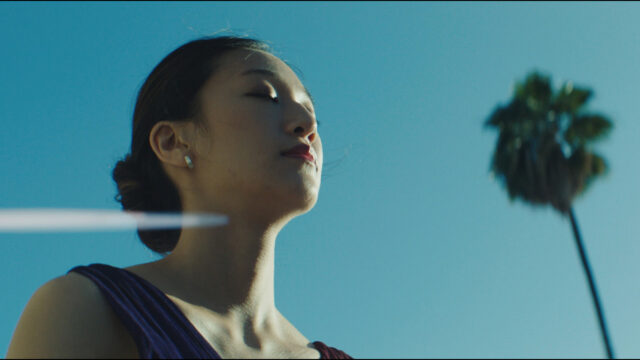 cinema5D:  Anything unique in the cinematography that comes out of that collaboration?

AC: Building on top of the method of our last feature, Gook, Justin and the cast rehearsed extensively in prep. On the day, we won’t do rehearsals, and try to capture the magic of take one in a moving master. Then, we’ll talk about what other angles we need. We shot the entire film without a shot list.

cinema5D: Hold on now, no shot list?  Did you guys have storyboards?  How do you schedule a shoot like that?  Is it as simple as “We’re going to shoot these scenes on these days,” and then you just allocate more time for longer scenes?

AC:  Producer Alex Chi and 1st AD Ricardo Herrera worked hard to solve the constant logistic puzzle. We had the house location throughout the production, and it gave us flexibility in scheduling. Honestly no shot list and no storyboard. You’re correct about “We’re going to shoot these scenes on these days, and allocate more time for more complex/emotional scenes.” We generally move at a decent speed. If we were having trouble with a scene in visuals or performance, we could experiment with a completely different approach, without worrying too much about the schedule. I think this is the beauty of an indie production.

cinema5D: What was your lighting strategy?

AC: We aimed for an expressive lighting style. The priority is to let the actors and the camera move freely. We did camera tests with Bo Koung Shin (Production designer) and Eunice Jera Lee (costume designer) on the color and texture palette. We carried a very humble lighting package  made up of Skypanels, Litemats, Quasars, Joleko 800s,  and Source 4s. Our highest wattage unit was the hazer. Exposure wise, key would start at a stop under, with little to no fill. We had the luxury of waiting for the right time of day and weather for the day exterior scenes. I think these factors lead to a heightened naturalism look that suits the film.

cinema5D:  How many days total for principle photography?

AC: We’ll scale the crew size depending on the demands of the day. As low as just one 1st AC, to a bigger setup (for our film) of 2 in camera and 5 in G&E.

cinema5D: Any particular challenges during the shoot?

AC:  We designed the shooting schedule to be unusually long for an indie, at the cost of having limited crew and gear. We also shot mostly in story order. As we were approaching the third act, I was worried that I had already given everything I know…how could I push even further for the climactic scenes? In trusting the story, cast, crew and myself, I think we pulled it off. Special thanks to 1st ACs, Kayla Tong and Samuel Kim and Gaffers, Elijah Guess and Sebastian Schrils. Their craft kept the show running. 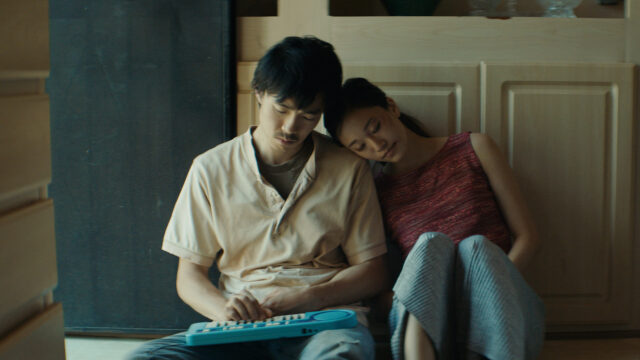 cinema5D: What’s your take about where we are now and we’re headed in cinematography?

AC: I think we’re in a great era of cinematography. Especially in LA, having access to the cutting edge gear all the way through cinema history. The combination of the different cameras, lenses, lights, has many creative possibilities. Justin and I are discussing mixing 16mm film, digital and a few unique tools for our next project.

cinema5D: So you and Justin are working on another project together? That’s exciting!  How did you guys meet?  Did you always know you wanted to work as a team?

AC:   I grew up watching movies by Director/DP duos- Spielberg/Kaminski, WKW/Doyle, Aronofsky/Libatique, Nolan/Pfister. I admired the evolution of their visual styles, and the sense of being a family throughout their careers. Justin and I met on a mutual friend’s passion project, he was acting and I was the DP. We’re proud of Ms. Purple, I think it shows how we’ve grown since Gook- as filmmakers and human beings. We’re working hard to keep on collaborating.

Originally from Taipei, Ante Cheng is a Los Angeles based cinematographer.  He earned his MFA from University of Southern California and in 2018 a  fellowship with Project Involve  for Film Independent.  Apart from his aforementioned work with friend and director Justin Chon, Cheng was the Director of Photography for East of La Brea, directed by Sam Bailey.