Syrp recently updated their application for the motion control devices line Genie. The Genie II app (available for both iOS and Android) can now be used to control the original Genie, Genie II and Genie mini. Users can intuitively set up starting and ending points and unlimited number of keyframes for 2-axis and 3-axis motion control systems. During NAB 2019 we talked with Ben from Syrp about the new app. 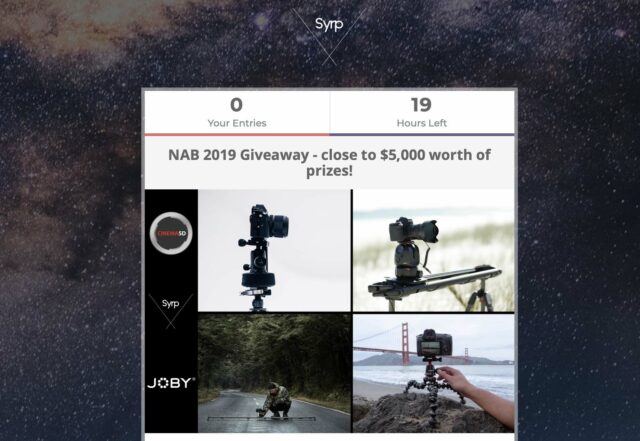 Let me start by pointing you to our $5000 gear give-away that we are running together with Syrp and Joby – there are only HOURS LEFT to enter, click here to take part. Winners will be drawn and announced later this week in a separate post. It’s really your last chance to enter before the competition closes in a few hours from the time we are posting this article!

Syrp is a New Zealand based camera accessories manufacturer mostly known for motion control devices line called Genie. As you might already know, Syrp recently got acquired by the Vitec group. One of the consequences of this acquisition is that Syrp team will be able to focus more on research and development of their products while the Vitec group will take care of the distribution. If you want to learn more about the topic, my colleague Nino recently wrote an article about the Syrp acquisition.

Their Genie II remote head system was first showcased during the NAB 2017 (check our initial article with video) and it has been shipping since last year. Syrp team has been working intensively on the new app over the last six months. They built it from scratch with the aim to provide a powerful tool to control all their Genie products. 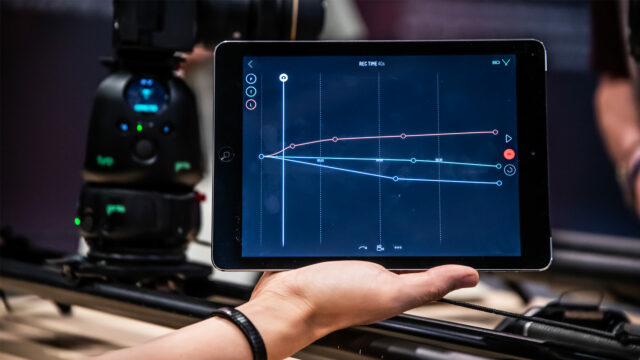 The app will get constant updates. In the future, there should be additional functions available – for instance HDR time-lapse, Auto exposure ramping (bulb ramping), 360 Time-lapse, and so on.

The Syrp Genie II app can currently be used to control the Genie II Pan Tilt, Genie II Linear, Genie Mini, and even the original Genie. The original Genie (now already six years old) is controllable by the new app only when combined with the Genie Mini for a 2-Axis or a 3-Axis setup.

Features of the new app available with the original Genie:

The app allows to set up to 5 keyframes on the Genie Mini. This is, however, limited to 2 on the Genie – for the start and the end point of the tracking movement. To work with the new app, both the original Genie and Genie Mini need to be updated with the latest firmware. For more information about the update process, check this article from Syrp.

The new Syrp Genie II app can be downloaded now for free. Link to Google Play store (Android version) is here. Link to iTunes store (iOS version) can be found here. The current Genie app will stay available as it is still needed to control some features of the Genie Mini that have not yet been integrated into the new app as well as for controlling the original Genie with the Genie Mini.

What do you think about Syrp Genie products? Do you use one or more of them for your creative work? Do you have any experience with the app already? Let us know in the comment section below.