A couple of months ago, we heard about the Syrp Slingshot, a wire cam for dynamic time lapses. Now the company has introduced their new Syrp Genie II time lapse motion controller device. The new Genie consists of two components: 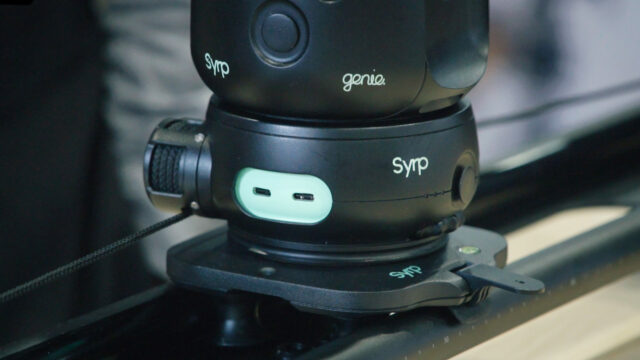 The new Syrp Genie II claims to be faster, quieter and more powerful than the first generation, and has WiFi and Bluetooth connectivity, which serves for communication between the linear base and the pan/tilt module of the product for precise 3-axis control. WiFi is used for high-speed transfer of footage and for communication with the Syrp Genie app.

It has two USB-C ports on the linear base and three USB-C ports on the pan/tilt module. It is capable to control camera settings like aperture, exposure time and ISO directly through the Genie app, and works with exchangeable Lithium batteries.

We can certainly see that the new locking mechanism is very nice, the linear drive system offers a smaller footprint and the whole system is lighter than the first generation. As a first look, also the pan/tilt head seems like a powerful tool for time-lapse photography as well as video applications with its low noise design, though only a proper field test will provide the necessary insights. On a side note, we have high expectations for products coming from Syrp.

Both the Syrp Genie II Linear Drive System & Pan/Tilt Component will cost about $2,000, but will also be available as separate products. Syrp plans to start shipping in November.