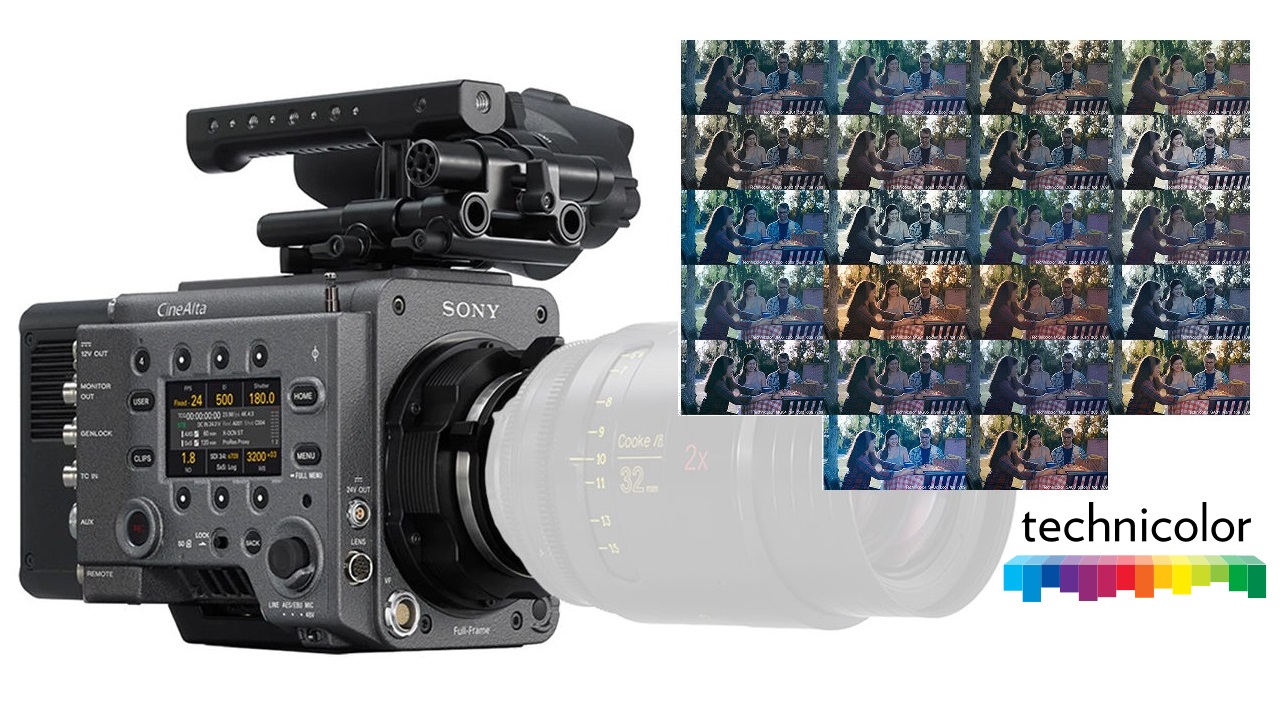 Sony in collaboration with the colorists from Technicolor created a collection of 22 Looks for the Sony VENICE. Each look comes in both .cube and Sony’s own .art format LUT files for on-set monitoring and post-production application. The collection is available for download free of charge from the Sony Cine webpage.

Each camera has a unique “color science” which, simply put, is a way how captured light translates into an image. With film cameras, color science was specified by the type of film stock used, nowadays it is a combination of the image sensor and image processor. It is quite common that manufacturers of digital cinema cameras provide a free library of creative looks that are designed specifically for their cameras. These looks (in form of Look-Up-Table files) ensure that the colors in the RAW or Log image get translated correctly. This helps for on-set monitoring as well as color grading in the post-production.

Sony Cine is Sony’s own website with resources (tools, LUTs, videos, FAQ, DMPC), information, and support for filmmakers shooting with Sony cameras. There is now a new Technicolor Look collection of LUTs for Sony VENICE available for download free of charge. Let’s take a short look at it.

This collection of LUT files came as a result of a collaboration between Sony and Technicolor which started after the post-production company worked closely with Sony on the first production made on the VENICE in 2017 – “The Dig” (Dir: Joseph Kosinski, DP: Claudio Miranda, ASC). The resulting LUT (Look Up Table) files can be used for on-set monitoring, as well as be applied in post-production. Specifically, for on-set monitoring, the Technicolor Look Collection for VENICE includes Sony’s new proprietary file format *.art. The use of .art files is supported by the camera since the release of firmware V6.0 for Sony VENICE in November 2020.

This VENICE collection consists of 22 different Looks. It includes LUT files developed by multiple experienced colorists from Technicolor such as:

Each filename identifies the contributing colorist by their initials and describes methods by which the colorist developed the look. Each look consists of four file formats:

The looks can be downloaded free of charge directly from the Sony Cine website. The Technicolor Look Collection for VENICE, as with LUT workflows in general, is typically meant as an aid to help productions envision where the final look is going. Most productions will choose to do final color grading after the picture edit is locked and VFX shots are added.

It is good to know that when shooting X-OCN or XAVC on the VENICE, the .art look will not be baked into the captured image. The .art file name is stored as metadata in the .mxf file and can be easily accessed during the post process. It is possible to bake the look into the ProRes file for in-camera dailies if desired.

The .art look file can be applied to SDI 3 & 4, the Viewfinder, and HD Monitor on the VENICE. These files provide a Legal range output. When creating your own .art files, you have the option to select Full, however. Finally, it is possible to convert 3D LUT (.cube) files to .art files in Sony RAW Viewer.

Do you have experience shooting with the Sony VENICE? What do you think of the new Technicolor Look Collection for the camera? Let us know in the comments section underneath the article.