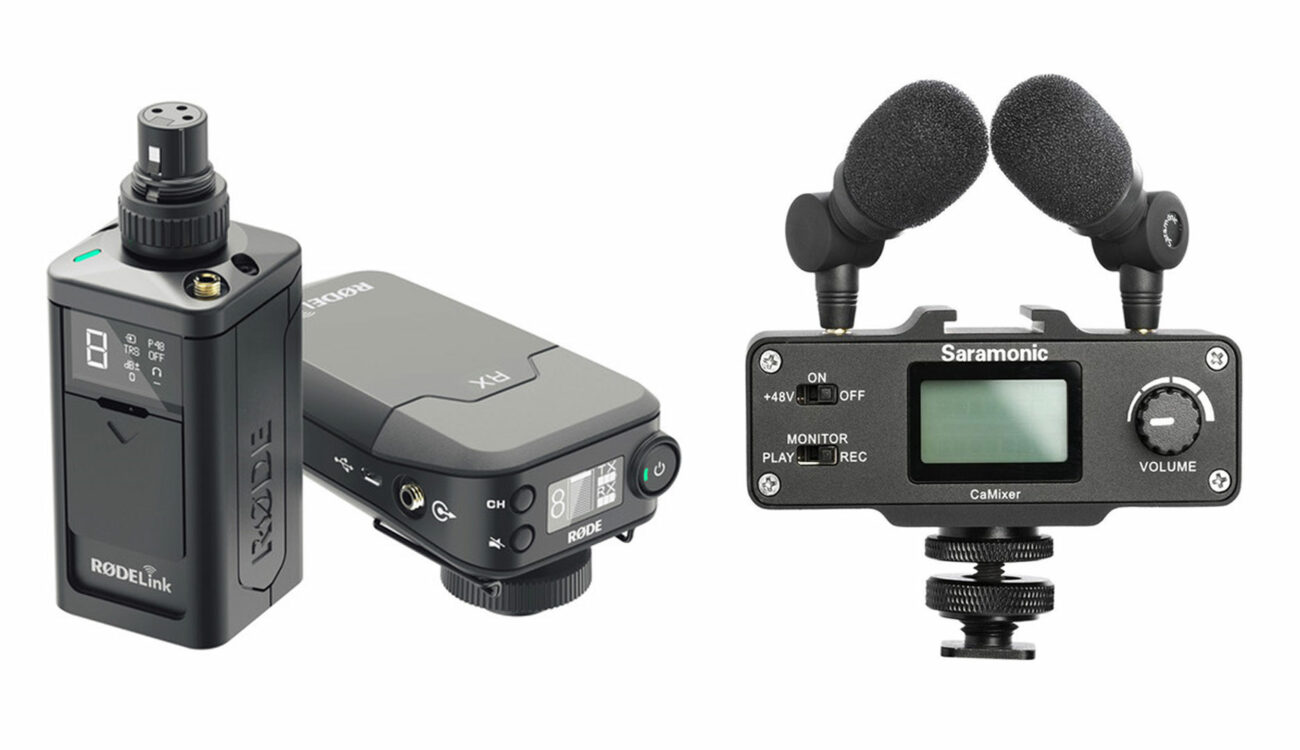 2016 has been an immense year for video kit with loads of lenses and impressive camera releases. But what whipped up a storm in the sound and audio world? Let’s take a look at what defined the sounds of 2016 in our industry!

Back and front of the CaMixer. It’s powered via a standard 9V battery.

This little preamp is a godsend if you’re using a camera that doesn’t have a headphone jack for monitoring audio levels, as is the case with the Sony a6300 or Sony a6500. The Saramonic CaMixer is a coldshoe-mountable audio device that adds much needed connectivity for nailing the right sound levels.

It features two directional microphones that can be plugged in via 3.5mm jack, a mini-XLR input for lavalier microphones, as well as +48v Phantom power. The device output connection takes the captured audio directly into the camera via 3.5mm jack, and you also have the ability to monitor your audio through a mini headphone jack and the LCD screen, a function that is much desired in smaller mirrorless cameras.

For such a small and affordable device, it can really help you nail sound if you’re running a single-system configuration. The Saramonic CaMixer is only available to purchase directly from Saramonic here, with the Smartphone version available from B&H.

You can check out our article about the Saramonic CaMixer from Photokina 2016 here. 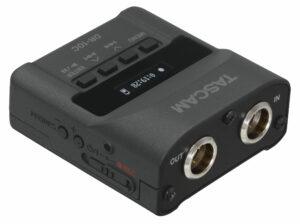 For wireless audio setups, monitoring sound levels can be difficult, especially in remote filming conditions. Tascam have tried to remedy such problems with its DR-10C recorder, which takes the microphone signal and records it at two levels so you have a ‘proxy’-like recording, i.e a version recorded at a lower level should your healthy, hot signal clip at any point. The recorder then has a loop out in order to connect to the transmitter pack.

There are two models of recorders depending on what system you’re using. The DR-10CS features locking 3.5mm jack connectors for Sennheiser microphones, while the DR-10CH has mini-XLR connectors for Shure microphones. An additional input/output panel for Sony microphones can be attached to the device too.

The Tascam DR-10C recorders also fix a common problem when capturing wireless audio: signal drop outs and interference. A loss of wireless audio signal results in re-shooting scenes or pieces of dialogue, which sometimes can come across as unprofessional – albeit completely unintentional – and sometimes isn’t possible at all. As the audio is recorded remotely, you don’t need to re-shoot the dialogue when using the Tascam.

Unfortunately, though, the DR-10C is only available in Europe at the time of this writing.

You can check out our article about the Tascam DR-10C from Inter BEE 2016 here. 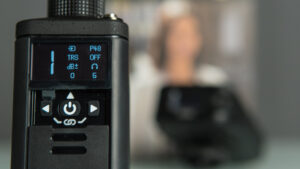 For electronic news gathering with reporters and journalists, having a plug and play solution for wireless sound is key for fast paced environments. The RodeLink Newsshooter kit transmitter plugs into existing handheld XLR microphones, or can take a 3.5mm jack input from a lavalier, and works nicely with the Rode Filmmaker receiver. For a condensed setup, the need for an XLR cable from a microphone to recorder or camera is removed, and gives the reporter or on screen presenter free movement.

For noisy environments, the reporter can also use the headphone output to monitor their own audio, a feature that isn’t included in many wireless audio kits. Phantom power can also be used for XLR microphones, making it very flexible and independent of particular systems or brands.

You can check out our review of the RØDE RodeLink Newsshooter Kit here. 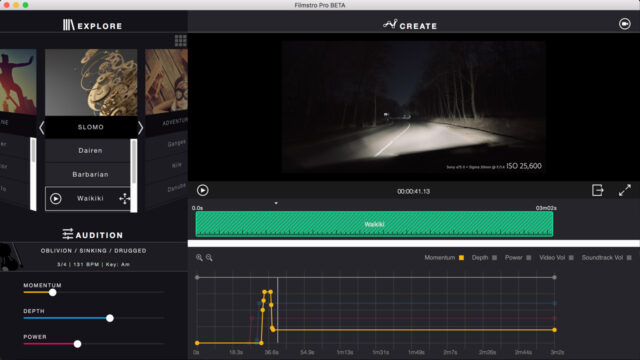 This does not technically fit into “gear” – yet finding soundtracks and music for video productions has never been easier, with so many music licensing websites such as MusicBed or Audio Network. However, finding a piece of music that perfectly fits the emotion or pace of a scene can be much more difficult.

Filmstro Pro has transformed that problem by providing a library of a multitude of tracks, from fast-paced action to peaceful ambient, which can then be edited and adjusted to add dynamics to the scene. Keyframe controls of ‘momentum’, ‘depth’ and ‘power’ of each track can be used to build up to a specific part of the video scene, adding a sense of well-timed drama.

We’ve really come to love Filmstro Pro over here at cinema5D, which is why we started “Music Month” last December, a three-part video series that deals with music for film in general. It deals with how every piece of music consists of ‘momentum’, ‘depth’ and ‘power’ and how to actually apply that to your own productions:

Part 2: The Psychology of Music for Film

Filmstro Pro provides users an ideal platform for scoring a soundtrack to their videos, with many options for use as a base track, and adding unique flexibility to adjust the composition to suit your particular needs.

Filmstro Pro can be used as a standalone app as well as a plug-in for Premiere Pro, removing the need to export the video sequence and round-tripping between apps.

You can download Filmstro from filmstro.com, and make sure you use the coupon code “CINEMA5D” to get 1 month of free access.

You can check out our article about Filmstro Pro here.

Have there been any sound or audio kit that you’ve loved in 2016? Let us know in the comments!