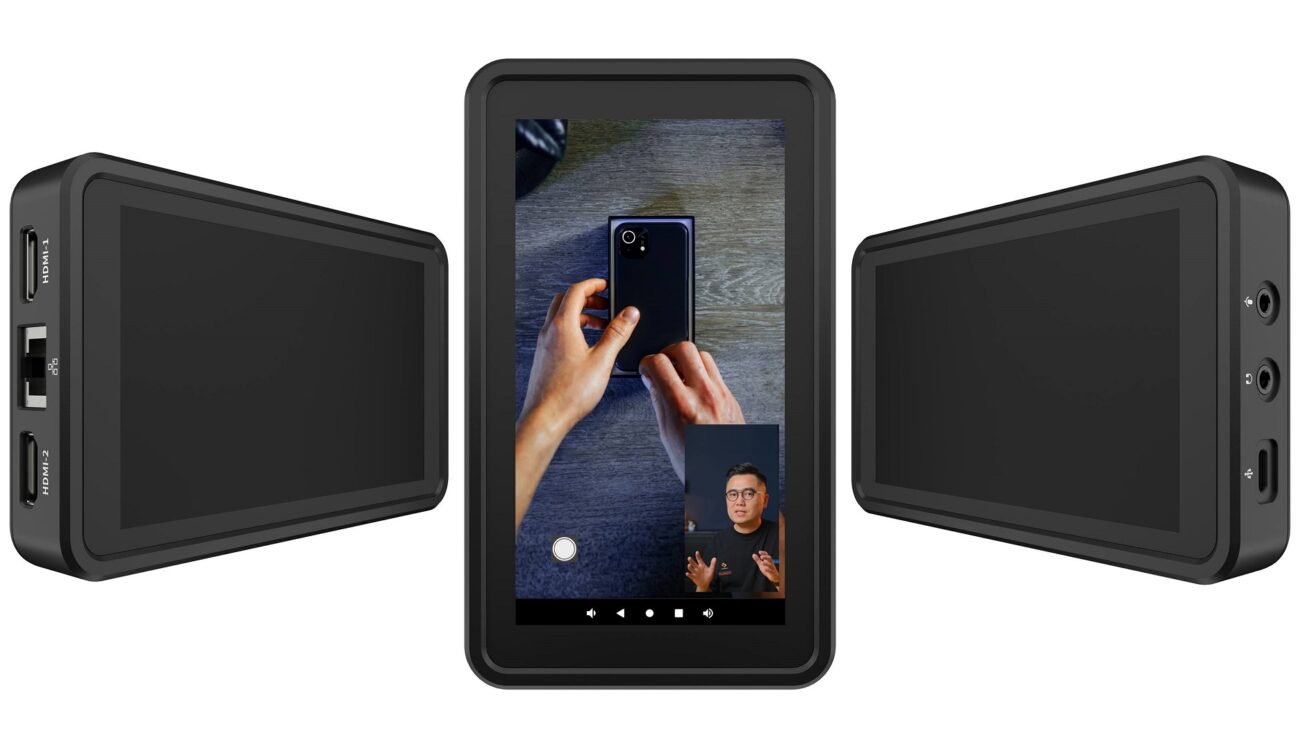 The Z CAM IPMAN AMBR is a new wireless Android streaming device with dual HDMI inputs, a 5.5″ touch screen display, USB-C with PD, an Ethernet port, and WiFi. The device runs on Android 10 and can stream a user-customizable PIP image from two inputs directly to most social networks. It should be available during October, for $499.

In a way, we can say that the COVID-19 pandemic has boosted R&D in the area of live streaming quite a bit. We can see direct streaming features in cameras, as well as new, affordable streaming devices, emerging every month. Z CAM is a good example. In May 2021, the Chinese camera manufacturer first introduced a product called IPMAN S which is an affordable HDMI streaming device. Last month, the company revealed another product from the IPMAN line. The IPMAN Gemini and Gemini Pro are HDMI – USB-C adapters that connect a phone to a camera, for it to be used as a monitor and for live streaming. Now, Z CAM expands the IPMAN product line again, with a new gadget – a wireless android streaming device called IPMAN AMBR. Let’s take a look at its features and specs.

The new IPMAN AMBR looks a bit like a regular on-camera monitor – it has a 5.5″ touch screen display. As I mentioned above, Z CAM is presenting it as a wireless android streaming device, and it is running on Android 10. It has two HDMI inputs, so it supports video streaming of two HDMI sources (up to 1080p60) with user-customizable (window size, position) Picture-In-Picture (PIP) functionality in Android apps. The two inputs act as native cameras in Android. According to Z CAM, the IPMAN AMBR is suitable for live streaming on social apps such as TikTok, Facebook, Instagram, and Weibo. It can also stream to YouTube, but only through a web browser.

In terms of connectivity, apart from the two HDMI inputs, the IPMAN AMBR also features an Ethernet connector and WiFi, which can both be used for low latency monitoring. Z CAM says there is also an HDMI output for monitoring with mirror/flip view settings, but this port is not visible on any of the images. Furthermore, there is one USB-C connector and two 3.5mm jacks – one seems to be an input for an external microphone, plus one output for headphones to monitor audio.

Thanks to the Android 10 UI, users can download and install Android apps through the preloaded APKPure app or other means. The Z CAM app will run on the device as well. When it comes to powering the device, there is a Sony NP-F battery plate on the back. Additionally, the USB-C connector supports USB PD (power delivery) charging.

According to Z CAM, the IPMAN AMBR is scheduled to ship during this month (October 2021). The recommended retail price is $499.

Do you live-stream with your camera often? Which solution do you use? Do you have experience with Z CAM products? Let us know in the comment section underneath the article.