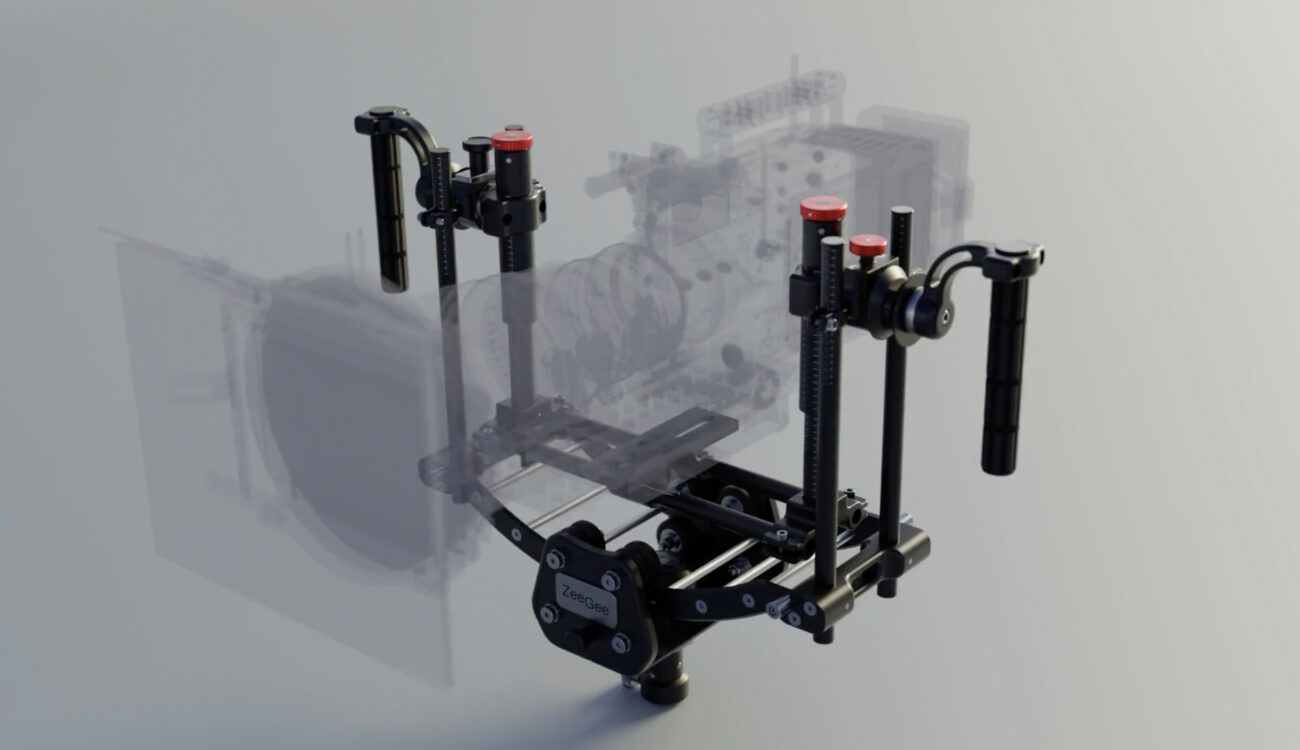 If you’re new to handling a camera, you’re probably trying to make your footage as stable as possible. Electronic image stabilization, gimbals, whatever. In high-end cinema, however, things are a little different, oddly enough. Since budget is rarely an obstacle, productions often try to give the image a bit of grittiness, a “hand-held look,” to make it seem less artificial. A fresh approach to this is the newly announced ZeeGee cradle.

Hand-held shooting seems to be the easiest way to go. Just shoulder the camera and off you go, right? You’ve achieved the hand-held look you want, drawing the viewer into your story. Well, not so fast. First, the more high-end a particular production becomes, the more high-end (and potentially bigger) the camera package becomes, and thus the bulk around it.

Second, the hand-held look is often just a very stylized version of actual hand-held shooting. The goal ZeeGee is trying to achieve here is to make the footage look hand-held, but without overly weird shake and with a lot more freedom in terms of camera movement. It also takes the strain off the back, at least a little bit.

This new device was developed by former camera operator (now DP) Charles Papert and recently launched via Cinema Devices (known for the Ergorig for example). It is a sort of universal device, purely mechanical, but quite effective and cleverly designed. It can be attached to almost anything, most notably a Steadicam vest.

Other options include mounting to a dolly boom arm, shotmaker car, or whatever you can think of. The ZeeGee offers three axes of motion, pan, tilt and roll (the roll can be locked when you don’t need it). This way, you control the camera as if it were shoulder-mounted, but without the accompanying shake and limited range.

Watch the intro video below for a quick walkthrough:

So the ZeeGee’s main sparring partner is certainly a Steadicam (vest & arm), but since the ZeeGee can be mounted on any standard 5/8″ baby pin, you can use it just as well with other equipment. When used with a Steadicam, another advantage is that the Steadicam compensates for the operator’s steps, so the result is a bit between a real hand-held camera and a more stabilized look but with the ability for fast handheld movements.

Fast action sequences are a perfect fit for the ZeeGee, as a classic Steadicam setup is a bit too slow in this respect. Since you can also utilize the Steadicam arm, interesting movements such as “flying” over a table while maintaining the aforementioned hand-held look are also easily possible.

Since the ZeeGee mount is fully mechanical, there is no real maximum payload (officially: 70lbs), any camera that fits should be fine to use. The roll and tilt axis can be locked in the center position, and you can variably adjust the flud drag on the tilt axis.

The ZeeGee is aimoing for more high-end productions and therefore the price is not exactly low. The ZeeGee cradle itself sells for $5,500. A Docking stand with dual balance pins (either 3/4” or 5/8” versions available) sells for $500. Low profile handgrips (instead of the standard ones) are yours for $150, and a custom hard case for ZeeGee and the dock sells for $450.

There is a $1,000 rebate for the first 50 units, details can be found on ZeeGee’s website.

What do you think? Is this a device you would use on a shoot? Share your thoughts in the comments below!