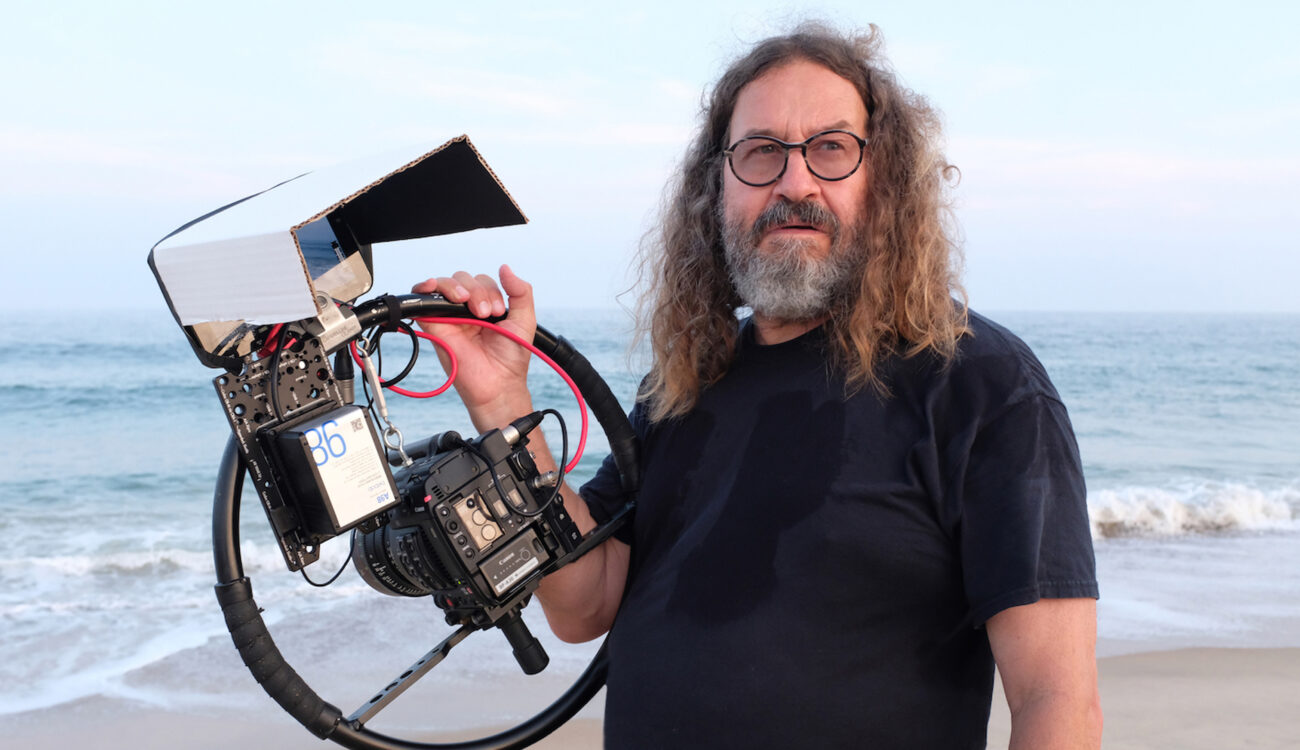 The American Steadicam operator, director of photography, and co-founder of the Steadicam Guild, Dan Kneece, passed away on August 7th, 2021. In memory of his state-of-the-art work and cooperations with many legendary directors, including David Lynch, Quentin Tarantino, and Wes Craven, to name a few, here is our tribute to Dan – one of the greatest camera and Steadicam operators of all times.

In 2019, I had the chance to shoot and interview SteadXP’s founder Adrien Farrugia to talk about their unique post-production stabilization system. During pre-production, we planned on having Dan Kneece on set with us, and it was very interesting to see the technology for Steadicam usages and the future of cinematography.

A couple of weeks later, I met a tall, bearded, impressive-looking guy in France, who shot some of the feature films I watched growing up. We met up to talk about SteadXP and his work as a cinematographer. After spending time with him, I realized what a truly kind and passionate Steadicam and camera operator he was, who dedicated his entire life to this craft.

Dan Kneece was born on September 13th, 1956, in South Carolina. At 13 years old, his mother bought a Super-8 camera, and Dan started shooting motion pictures. With passion in his veins, he graduated from the University of South Carolina with a Master’s degree in Media Arts in 1979. The same year, while finishing his degree, Dan started his professional career shooting news at WIS-TV in Columbia, SC. But Dan knew that if he wanted to make it big, he had to move to Los Angeles, which he did in 1982.

Moving to LA, Dan met Garrett Brown, famously known as the inventor of the Steadicam stabilization system. The Steadicam was quite a “new” thing, as it was invented in 1972. After a lot of practice and a solid mentorship, Dan Kneece started to work as a Steadicam operator for no less than 28 years.

It would be an extremely long list to mention all of the feature films Dan Kneece shot as a Steadicam operator, but if you want, you can take a look at the complete list on IMDb. But to make it short, Dan had an extensive professional relationship with David Lynch on films such as Blue Velvet, Wild at Heart, and Mulholland Drive. In the interview below, David Lynch talks about “Steadicam Dan,” as he called him.

You got it; over the years the Steadicam became an extension of Dan’s body. His incredible expertise led Dan Kneece to operate the Steadicam on feature films such as Scream by Wes Craven and Jackie Brown by Quentin Tarantino. So most of us probably already watched one of his Steadicam shots without even knowing they were shot by him. Oh, and if that’s not enough, he also shot the Beyoncé and JAY Z music video “Crazy in Love.”

Along this incredible journey, Dan was the first person in the world to fly cameras such as the Thomson/Grass Valley Viper HD or Sony F23 on a Steadicam. To share his expertise, he trained thousands of aspiring Steadicam operators all around the globe. The next step was to found the Steadicam Guild together with David Allen Grove in September 2002. In 2007, he was even named President of the Society of Camera Operators.

Operating a Steadicam for 28 years is hard on your back, and in 2011 Dan stopped and became a camera operator and director of photography. He continued shooting feature films and TV movies/series until his last days.

Dan was also a real tech enthusiast with a clear vision of how tools help technicians and directors to innovate and achieve their vision. We had a discussion about camera movement and technology, and I remember him telling me how you achieve the shot is not important, nor is how you want to shoot it, you should always follow the director’s vision and find ways to make it happen.

Dan Kneece was a hard working member and colleague with a ready smile and open arms that embraced all of us who knew and worked with him,” wrote Lindley. “The world was his friend. He leaves his legacy of kindness and warmth for us to carry on in his absence. We mourn his loss and extend condolences to his friends and family.

Sources: IMDb and the ASC.