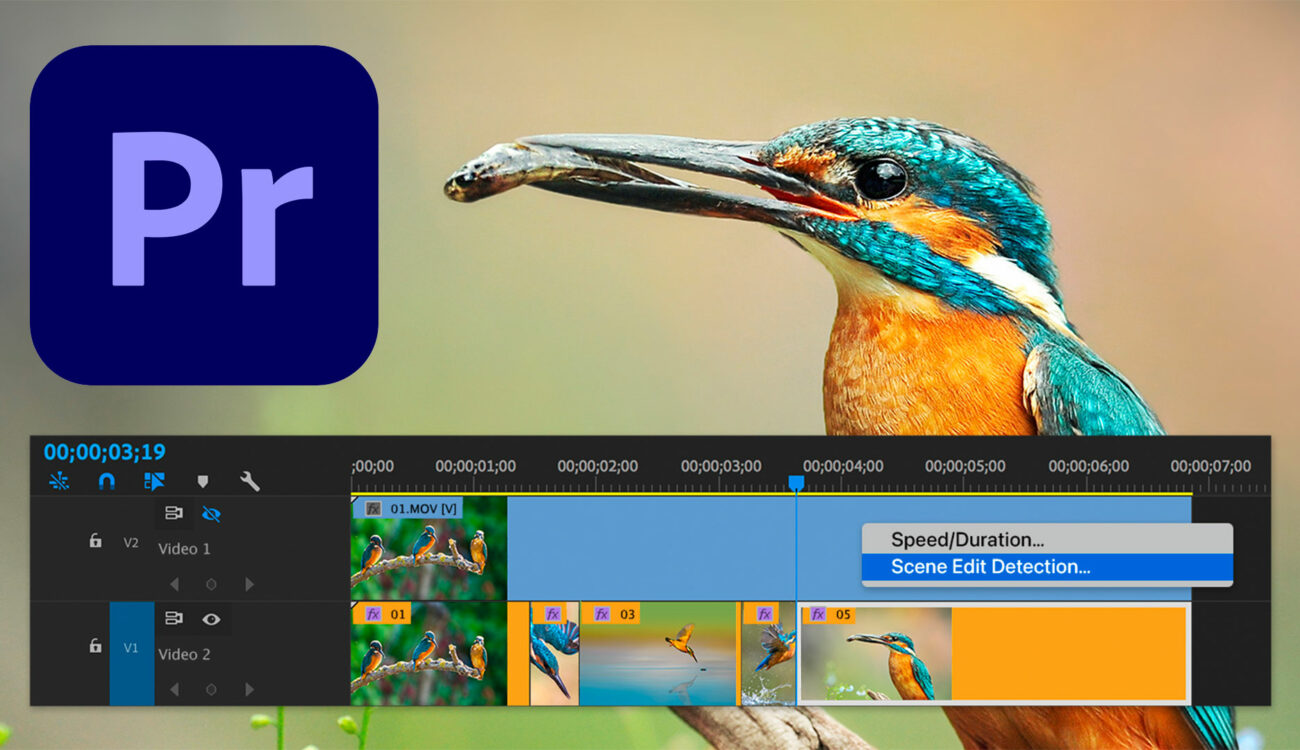 Adobe has just released an update to its non-linear editing software: Adobe Premiere Pro version 14.4. This update includes numerous improvements and new features, including a new scene edit detection tool, HDR Rec. 2100 HLG (Hybrid Log-Gamma) support, and the possibility to export with Proxies. Let’s take a closer look at it!

The latest Adobe Premiere Pro version 14.4 update features a new function called “scene edit detection” that allows you to add edit points in any footage you import into Premiere Pro. The software will analyze your video and try to detect the original edit points. Then, you can automatically add cuts or markers at each edit point within the file.

I have to admit that Adobe is late to the party with this feature, as DaVinci Resolve does have a similar “scene cut detection” tool for years already. As we say, it is better late than never.

This Adobe scene edit detection feature might be useful if you’re working with multiple editors and talents and don’t want to use the Productions panel or team projects that are already available inside Premiere.

If you want to speed up your rendering times – for work in progress versions, for example -, the latest Adobe Premiere Pro allows you to use proxies for export.

Of course, don’t use this feature for maximum quality exports using your original full resolution footage.

Last but not least, this update includes two other small improvements:

The latest Adobe Premiere Pro version 14.4 was announced during the Adobe Video World Virtual Conference and is available now to download.

What do you think about this Adobe Premiere Pro update? Are you using Premiere Pro as your primary NLE? What features do you want to see next? Don’t hesitate to let us know in the comments below!