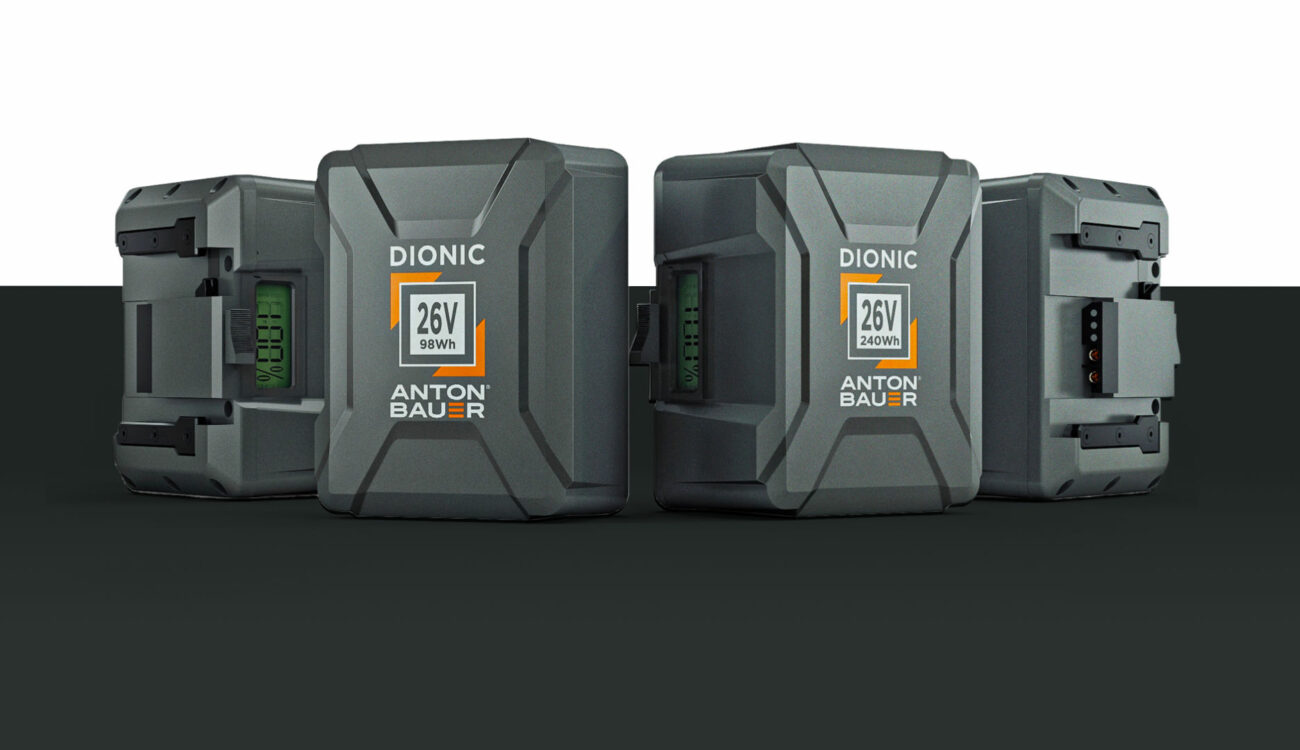 Anton Bauer is expanding their Dionic 26V series, with new B-Mount options of two batteries, the Dionic 26V 98Wh and the Dionic 26V 240Wh. They are also adding a new quad-charger for the new B-Mount batteries. The batteries, the charger, as well as a range of battery plates were developed in cooperation with ARRI for use with demanding cameras, such as the recently launched ARRI Alexa 35. Let’s have a closer look.

A quick recap: the move to B-Mount as the new industry standard has been going on for a while. We have reported on this before. The main reasons for this were, that V-Mount and Gold-Mount were built around the former industry standard of 12V, while B-Mount is able to support both 12V and 24V workloads. Apart from that, B-Mount also uses an open protocol, developed by Bebop and endorsed by ARRI as an open industry standard (please refer to our ARRI Tech Talk).

Keeping in mind that higher workloads also mean physically bigger batteries, B-Mount has been developed to handle higher weights securely. While there have been workaround for V-Mount and Gold-Mount to expand their capabilities, B-Mount is the dedicated solution.

The expansion of the Dionic 26V Series for B-Mount comes in two sizes: 98Wh and 240Wh. Both have the following features:

Both Dionic 26V Series batteries can be hot-swapped and support rapid charging. This means that the smaller 98Wh version will charge in ~1.5 hours to 100%, while the 240Wh will charge in ~3.5 hours to 100%. David Pasko, engineering manager at Anton Bauer also stresses that the “native” 26V construction also increases the number of charge cycles per battery lifetime, over “regulated” or “dual-voltage” construction.

The new quad charger has a low profile design for stackability and better storage options. It also automatically detects which battery still has the strongest charge and thus prioritizes the charging process, for the quickest possible result. It is also WiFi-ready, which will make it a popular choice for renting houses, and usable in ENG/EFP/OB vehicles.

For more information on the Dionic 26V Series, head on over to Anton Bauer.

What do you think about Anton Bauer’s new Dionic 26V Series batteries? Are you going to buy them or look for them in your rental house of choice? Let us know in the comments!